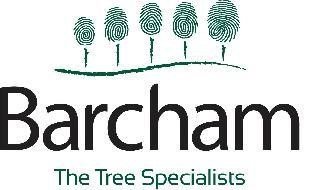 The call for papers for the major international urban trees research conference Trees, People and the Built Environment II (TPBEII) has now closed, with submissions from a record number of countries and a guarantee from the conference partners of a world-class programme. In addition, five renowned organisations have been secured as headline sponsors in a move that reaffirms the position of the conference as the premier event for professionals working with trees and green infrastructure in the built environment.

The headline sponsors for TPBEII are Civic Trees, which has been supplying, planting and relocating mature and semi-mature trees since 1963, Deep Root, a leading urban landscape products and ecosystem services supplier, the Forestry Commission, Lend Lease, an international leader in property and infrastructure, and Myerscough College.

Chair of the conference steering group Dr Mark Johnston MBE commented “The huge success of the call for papers is tribute to the outstanding work of the members of the group.  We received almost 100 submissions from 27 countries. Competition for slots at the conference was intense, but we can guarantee a world-class programme of  high calibre speakers.  They will join headline speakers Sir Terry Farrell CBE, Professor Timothy Beatley, and Professor Herbert Girardet.”

TPBEII is a pan-industry partnership initiative between more than 20 organisations representing professionals within the urban forestry and built environment sectors. It is hosted by the Institute of Chartered Foresters (ICF) as its 2014 National Conference and takes place 2-3 April, 2014 in Birmingham.

The inaugural TPBE conference took place in 2011. More than 400 delegates are expected to attend the 2014 event, bringing together tree professionals, landscape architects, urban designers, engineers, architects, planners, ecologists and conservationists.  It looks set to be one of the largest urban tree conferences ever held in Britain.  Booking for the conference will open later in November 2013.