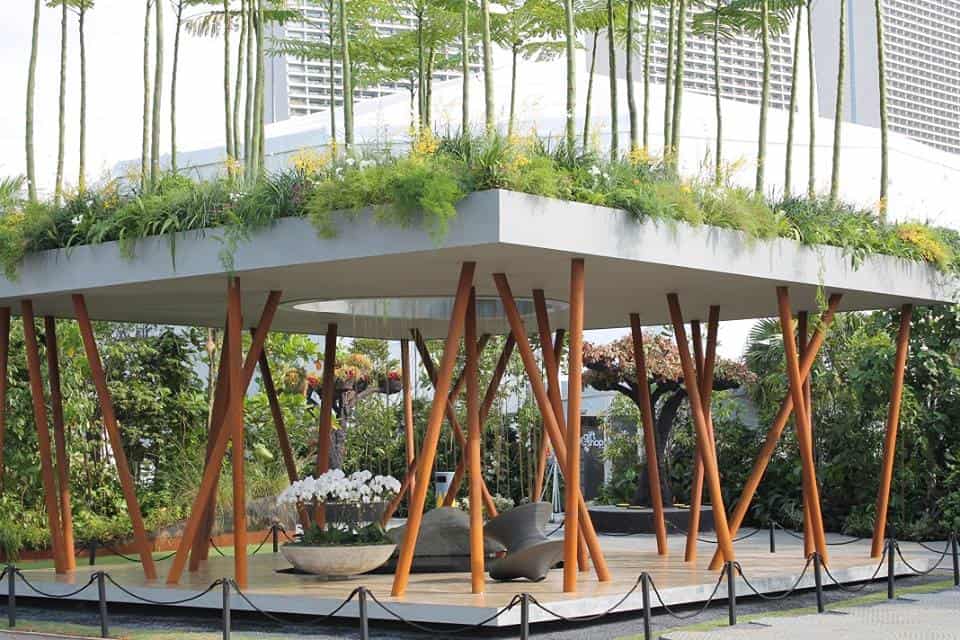 Wilson and McWilliam won a Gold medal and Best in Show for their eye-catching nine-metre tall Sacred Grove garden design.

Amazingly, the garden, designed to be both spiritual and reflective, was built in the gardens by the bay in just three weeks!

Andrew said: “There were top garden designers from the UK, Australia, New Zealand and America there, so to win was absolutely fantastic. I heard that 100,000 people had passed through the gates throughout the festival too, so it was quite a big deal.

“Singapore is such a densely populated island that they actually have a policy of planting on all their buildings. It’s such a hot and humid place that we wanted to create an area that was shady and cool too.

“We combined tropical Singapore planting with an English-style meadow, using orchids and grasses. I think our garden stood out because of its ambitious architecture too. It clearly struck a chord with the judges!”

Andrew recalled how, at 13, he was “one of those annoying children who knew exactly what they wanted to do” and decided to follow a friend of the family’s daughter into landscape architecture.

He added: “Next year marks Singapore’s 60th anniversary of independence. Although the garden festival is normally held every two years, there was talk of them holding one next year to coincide with the anniversary. We would definitely go back. It was a really interesting and rewarding experience.”

Thousands of families helped to build own homes

How is Tyler Grange faring in its four-day week?