Pro Landscaper spoke to Thomas Piper, director of Five Seasons: The Gardens of Piet Oudolf, to find out more about his inspiration behind the documentary and how he went about making it.

What was your inspiration behind the documentary?

I’ve always made films about artists, but it’s a broad definition of artist – it’s included not only painters and sculptors but also photographers, writers, musicians, and most recently a lot of architects. In 2012, I made a film about the firm, Diller Scofidio + Renfro, and their work as part of the team designing the High Line in New York and also their work renovating Lincoln Center. That led to meeting Piet Oudolf, as he was the planting designer for the High Line.

I first learned of Piet’s work however, when I was making a film about another architect, Jeanne Gang. I was shooting a building of hers in downtown Chicago and she recommended I get a long shot from within Millennium Park in front of the Art Institute of Chicago. Piet had just completed the Lurie Garden in Millennium Park, and when I went down into the garden to get the shot of Jeanne’s building, I found myself wandering around the garden completely lost in the amazing atmosphere there. That was my first experience in a Piet Oudolf garden and I knew nothing about him at that point. I never forgot that experience and always wanted to learn more about his work to understand why I was so taken by it the first moment I experienced it.

How did you go about making the documentary?

Making films about artists, I came to Piet’s work from a strictly aesthetic fascination. It’s certainly been rewarding to have learned enough to appreciate the depth of the horticultural knowledge that underlies it all, but from the outset I sort of took for granted this notion of him as an artist. Or at the very least didn’t fully respect how ambiguous an idea that might be – both within the garden and art world.

My initial ambition was pretty limited – my first meeting with Piet we didn’t discuss much beyond a short piece about his garden in Hummelo, and we only planned an initial shoot to see how it would go. Obviously, things clicked well enough to keep going and he proved to be such a great character that it felt like he deserved a deeper project.

In terms of the actual production, I knew from the outset that I wanted to cover all four seasons, as a way of compressing the experience of the design ideas Piet’s best known for: designing for every season, not just the height of summer. Once I had been through one cycle of the seasons, I realised that for structuring the narrative of the film, it would make sense to touch on certain topics during specific seasons, such as his childhood during Winter for example. So I ended up shooting through two cycles of seasons. Along the way, Piet was a fantastic collaborator in that he would alert me to interesting trips he would be going on, not just to visit some of his gardens but also to visit other people’s gardens or even just “wilderness” in other parts of the world – which is where he goes essentially to observe plants in their natural habitats, a key source of inspiration for his designs.

Can you tell us more about what the documentary includes?

Over the course of the documentary Piet leads us through many of his iconic works including his own garden in Holland and the great public works in New York, Chicago, and the UK. We also got the chance to visit many of the places that inspire his work and see his process for creating a garden. The documentary not only gives an insight into his work but also his past and how he got to where he is today.

Are there any standout moments in the documentary for you?

There were a lot of favourite scenes from the shoots – the trip to Texas was especially entertaining. For me personally, I learned an enormous amount about landscape and garden design while making the film, which has been incredibly rewarding. The most pleasant surprise has been how wonderful the garden audience has been. Coming from making films about contemporary art, it’s been remarkable to realise how large – and enthusiastic – the garden world is by comparison. Everyone I’ve met along the way of making and now distributing the film has been so helpful and supportive.

Is the garden/ landscape industry something you can see yourself focusing on more in the future?

Absolutely! I’m working on some new projects now. Not only because I’ve found the audience to be so fantastic, but it’s also a subject that combines my interest in the creative process with a desire to focus on ways to bring awareness to the beauty of the natural world, and the importance of doing all we can as humans to preserve that beauty. Gardens and landscapes are obviously very much about control of nature, but those that are most successful, and move us the most, are done with enormous respect for nature. And that to me is the essence of how we can successfully move out of this paralysis about how to properly take care of the natural world that sustains us.

A drone’s view of Oudolf Field at Hauser & Wirth Somerset 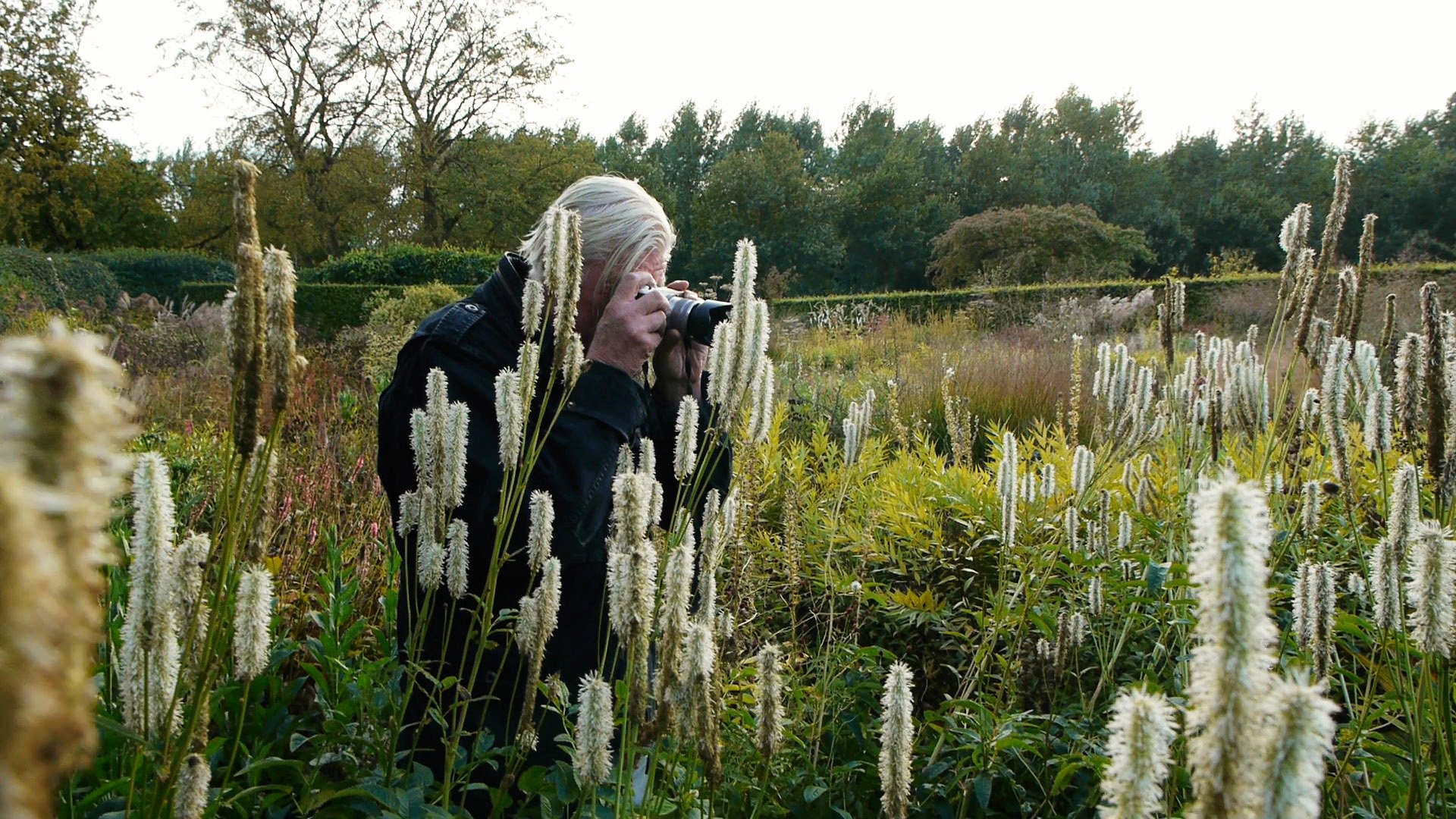 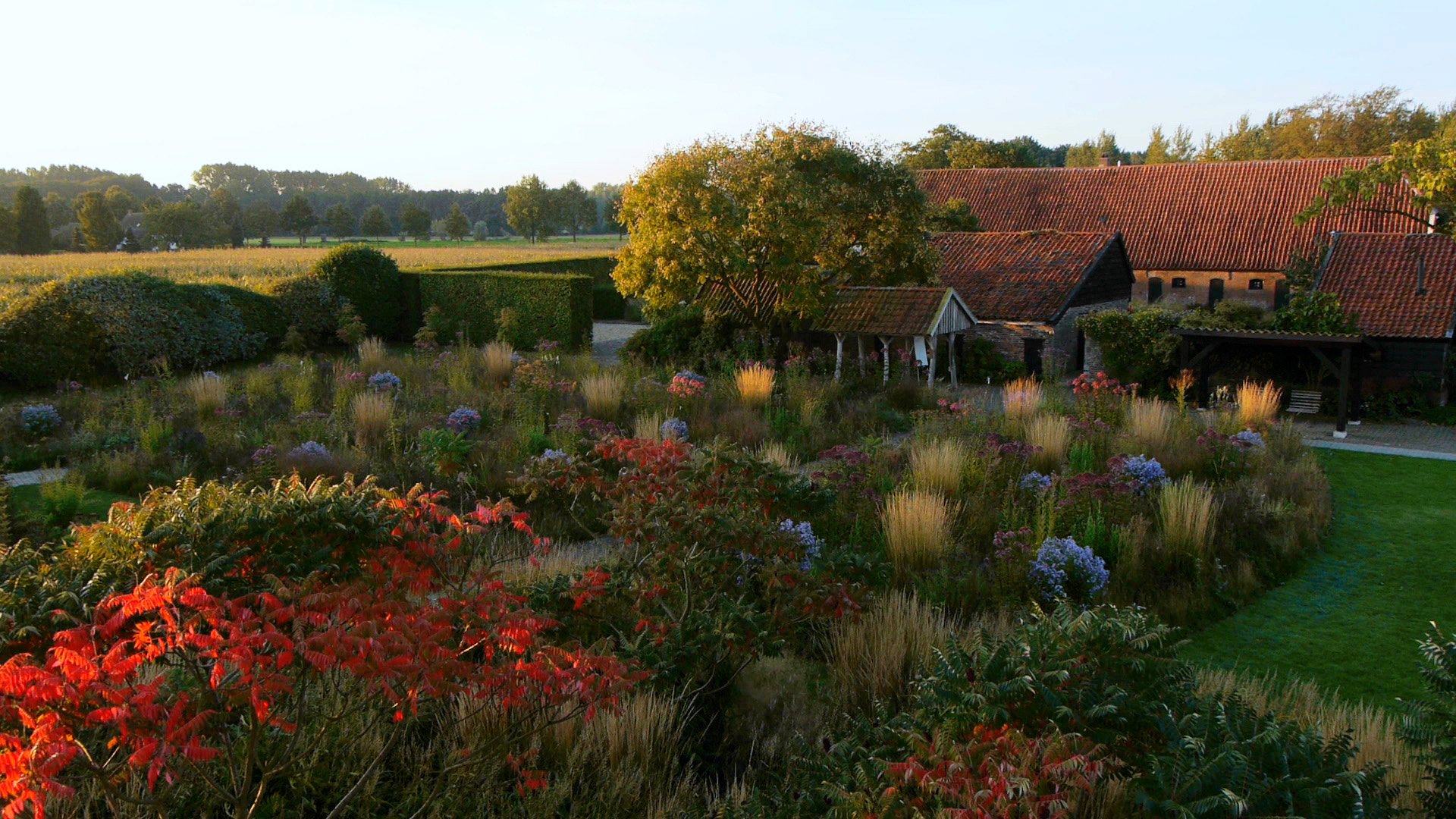