A CONWY heritage site will be featured in a new BBC television series. 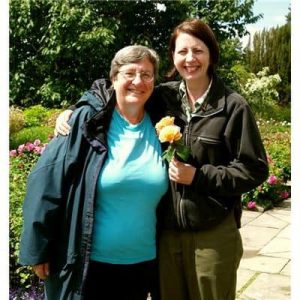 Bodnant Garden will be one of the sites shown in Glorious Gardens from Above, a programme that features some of the most picturesque places in the country from the air.

The show will be presented by broadcaster and horticulturalist Christine Walkden, and she spent several days at the gardens earlier this summer with a BBC crew.

Gardener Fran Llewellyn said: “The BBC team pulled off quite a technological feat to get all this wonderful film footage from the air.

“We can’t wait to see the show, and views of the garden most of us have never seen before.

“Christine was a delight. She is big fan of Bodnant Garden and bowled everyone over with her energy and enthusiasm. It should make for great viewing.”

In addition to using drones to film high above the gardens, the BBC crew also met gardeners, volunteers and visitors to find out why the garden is special to so many people – while also getting craftsmen from the area to produce a surprise parting gift – which will be revealed in the show.