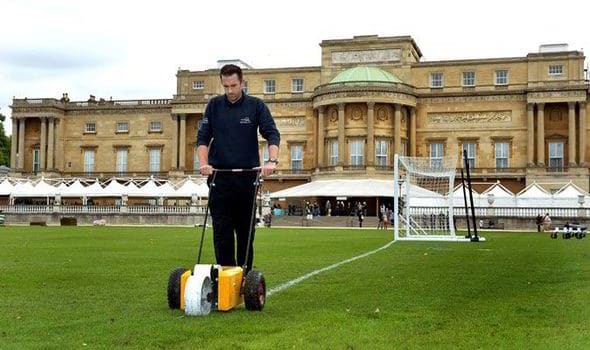 Two of England’s oldest amateur clubs will play on the specially marked pitch as part of the Football Association’s anniversary celebrations.

The pitch has been marked out, and Wembley stadium manager Tony Stones is working with the real household gardeners, managed by Mark Lane, to create the pitch and mow criss-cross stripes into the 39-acre garden- just like Wembley.

Mark Lane, the palace’s gardens manager, said: “When I first heard about it I thought it was quite an exciting prospect, this is something we’ve never hosted before.

“There’s been a boxing match back in the mid-1950s but a football match is quite a unique opportunity to use the garden for a different event.”

William, the Duke of Cambridge, who is president of the FA, helped to arrange the special fixture, which will take place on October 7. The Queen has given her permission for Civil Service FC and Polytechnic FC, which are both based in west London, to play on the specially created pitch. 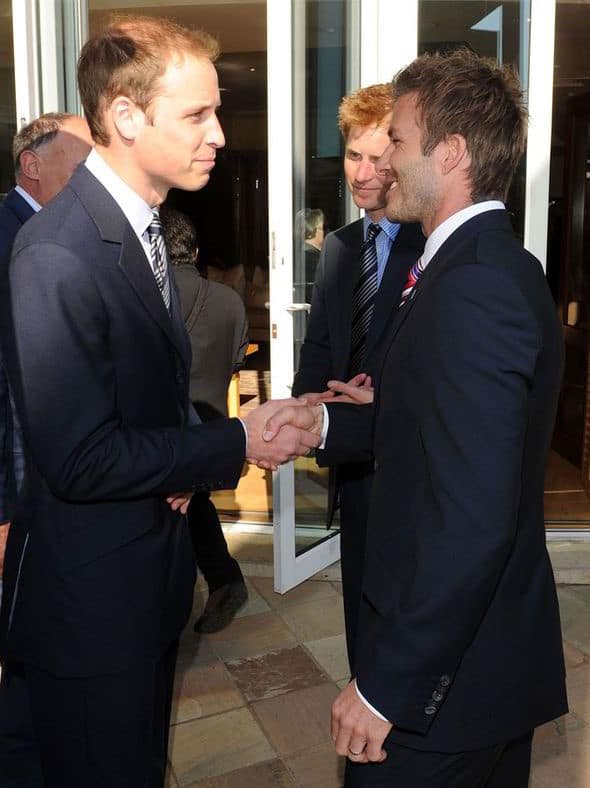 Prince William said of the special event: “In our 150th year, it is hugely important for The FA to honour the efforts of the many thousands of volunteers who week in, week out, help to provide the opportunity for millions more people to enjoy football at grassroots level.

“Inviting 150 of these volunteers to Buckingham Palace provides a fitting way for The FA to pay tribute and give thanks.”

William will present medals to the specially invited volunteers.

The Queen will not be amongst the special guests as she will still be at Balmoral.

The lawn at Buckingham Palace has already been seeded in parts that needed repair, and Mr Stones and his team have started to mark out the pitch, while the gardeners are pumping air into the middle of the lawn to force the compacted ground back up.