Bo Cook has been designing gardens in and around East Sussex for more than a decade. She’s a single parent to two children – a 21-year-old and a seven-year old. With school closures, Bo is now responsible for educating her youngest child, and that’s having an effect on her workload.

We speak with Bo Cook to see how she’s coping. This interview, carried out on Monday afternoon, followed her first morning session of home schooling, but she does see light at the end of the tunnel.

Along with many others in the UK across a variety of industries, Bo has recently undergone a shift in lifestyle. The announcement of school closures means that Bo, a single parent, will not be able to send her seven-year-old daughter to school. This week is therefore all about adjustment. “I’m going to try to get the routine in place,” she explains. “What I was trying to do was get the home schooling done this morning and then use this afternoon to do some work. What I’ve already found is, on day one, that’s not going to work unless she has the television on or something. She’ll have to sit for three hours in front of the television or I’ll get constantly interrupted. It’s so difficult to do any work if you don’t get a block of time to do it. I think I might have gone insane by the end of this period!” 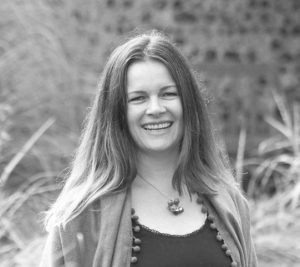 The fact that Bo must dedicate her usual work time to teaching her daughter – one of the side-effects the coronavirus pandemic is having worldwide – isn’t the only hurdle she’s had to jump since social distancing measures were put in place. Her contractors are unable to work due to their own childcare issues.

The way she deals with clients is having to change too. “I saw a client on Saturday, but I was in my car. I dropped something off at their house, they were just outside” she says”. Any other client meeting that I hold – if in fact, I do hold any – will be outside and will be with a least two metres distance, with no swapping of anything: no cups of tea or anything. If I do drop something off, I’m just going to have to leave it there and it’s up to them if they want to quarantine it for a period as my mum did with her chocolates yesterday!”

Bo Cook is also utilising email, social apps such as Whatsapp and communication tools such as Zoom to keep going.

She’s also relying on help from her eldest daughter when necessary. “I do have another daughter who’s 21,” explains Bo. “She’s currently at home writing up her thesis which is why I’m making sacrifices at the moment. She’s also spending time with her dad, but when she’s here, if I have to go out, I can leave my youngest with her. Otherwise, she’ll have to come with me.”

There has been an impact on incoming work, too. “I’ve had two prospective ones that have postponed, and I haven’t had any new enquiries. But I’m not going to be able to manage a full workload anyway.

“I’m self-employed, I’ve got to keep the house going. I’ve just applied for the mortgage holiday for three months. If I get that, it will take the pressure off. But my income is going to go down because I can’t get the work out as quickly and there’s no new work coming in. By the end of this, if no more new work comes in by the end of this period, I will have no work at the end of it. I would’ve cleared what I have got, so I’ll have to start from scratch at the other end.”

It is a difficult period for those that are self-employed. As and when things settle down for Bo, she’ll draw on other talents to help her income. “I teach Vectorworks, so I’m going to put that out there,” she explains. “If there are other designers out there, like me whose work has slowed down, it’s a good opportunity.”

Again, like many, she feels as though she’s firefighting issues at present, but she’s remaining positive. “My local MP messaged me yesterday telling me to keep an eye out because an announcement is hopefully coming relating to self-employed people this week,” she says. “In the meantime, you need to do everything you can to keep your expenses down, get that mortgage holiday. If you want to get a loan – which I don’t want to do personally as at the end of this process I don’t want to be firefighting anything else – then there are interest-free options which they’ve extended for 12 months.”

For now, Bo is relying on a routine, albeit much stricter than she’d anticipated, and she’s got some great advice for those in a similar position. She says: “We’ve just got to muddle through this as best we can, that’s all. Keep everybody in the loop. Clients are going to be ok with this, they just need to know. If you said a job is going to be done in three weeks and it’s now not going to happen in that timeframe, we just need to tell them. Everyone is hopefully going to be ok about that.”

With such a seismic change to the norm, Bo Cook is showing that there is a way to juggle her roles as part teacher and part garden designers – but you must be willing to ask for help, whether from family members, clients or the government.

To find out what you’re entitled to financially, visit https://www.gov.uk/government/publications/guidance-to-employers-and-businesses-about-covid-19

Tomorrow, we hear from Hortus Loci, a plant supplier in Hampshire.