Since the age of 19, Ross Conquest has been running his own business based in West Sussex. Conquest Creative Spaces has experienced a tremendous few years, going from helping other landscapers build their RHS Chelsea Flower Show gardens to being the main contractor, delivering gardens at the world’s most prestigious garden show. 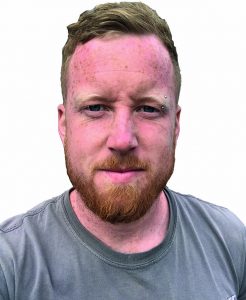 Often referred to as ‘the future of landscaping’, Ross and his team have built up a great reputation, and up until a month ago 2020 looked like it was going to continue in the same vein. The team was in great shape, the order books were healthy and he had secured another two RHS Chelsea show gardens. Then the RHS revealed it had no choice but to cancel all of its shows up until 30 June, including Chelsea.

Ross explains: “The news of the cancellation of 2020 RHS Chelsea didn’t come as a surprise but was still a massive disappointment. A lot of time and effort had already gone into this year’s gardens – meetings, prefab, calls etc – all having costs that won’t be reimbursed.

“We had a Conquest team working on the prefab for four weeks prior to the cancellation, which of course meant they were unable to work on other jobs. Also, during the RHS Chelsea month (build and show) you make sure your diary is completely clear of other work. Though the decision to cancel was correct and I 100% support it, it will obviously have an effect on the business.”

Ross explains that the big issue for his company now is cashflow. He has now put some of his team on furlough but has kept a skeleton crew on board working on a remote West Sussex project which will hopefully keep some cash coming in. He is also looking at the government lending scheme, which despite sounding simple and easy is not quite the case, says Ross. “We have looked at the CBLIS (Business Interruption Loan Scheme for SMEs) and to understand it, you need to be a professional form filler.”

Ross continues: “We are okay at the moment, but if it goes into June and July we would be really concerned. I have just been to see a nice job that would fill the void of Chelsea if we secured it and the situation has improved.”

Being part of an association has helped Ross in the long run, though. “On a positive note, a couple of years ago I went on the APL business course, and without the knowledge I gained from it I think I would have really struggled to cope. It taught me to keep a clear head, plan and think about your response. And if you want to think really positively, there aren’t many times as a business owner you can really take time to think about ‘working on your business, not working in the business’; maybe this is a small silver lining to our current situation.

“Let’s hope everyone keeps safe and we can all get back to normal as soon as possible.” 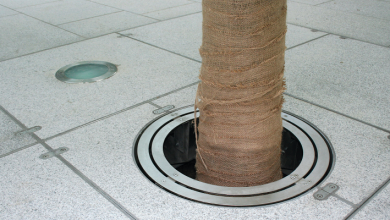