Monthly construction output fell by 2.0% in April 2021 compared with March 2021, falling to £13,961 million, and was the first month-on-month fall since December 2020 when output fell by 2.2% according to the Office of National Statistics.

This comes directly after a strong increase in March 2021, where output increased by 5.8%. 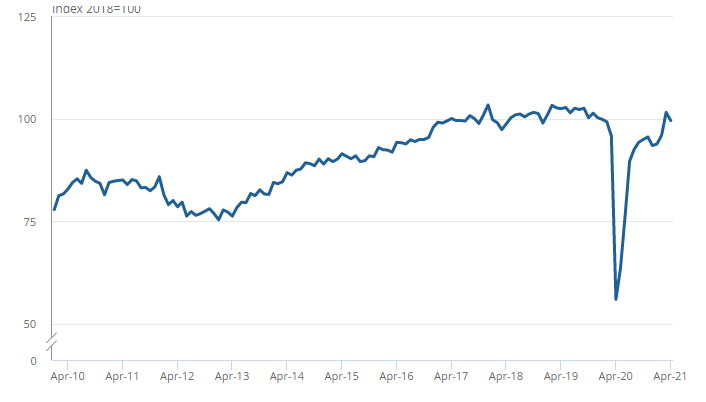 The fall occurred due to a decline in both new work and repair and maintenance work.

Private housing repair and maintenance and private commercial new work also saw large month-on-month falls of 7.1% (£144 million) and 6.2% (£134 million) respectively. As shown in Figure 6, the three largest contributors to the monthly decline in April 2021 all saw strong growth in March 2021.

While the April 2021 fall may feel disappointing to see, it is important to remember that there has been extraordinary growth in the earlier months this year. So extraordinary in fact, that it is likely to have been difficult to maintain, especially with the current material shortage.