The local community and the Thameslink team at Crofton Park station came together to celebrate the official opening of their ‘blooming’ gorgeous railway garden.
Families enjoyed a mini fete on Saturday 1 June, as they admired the newly created urban oasis, which contains more than 100 species of plants. The garden was officially opened by its designer Mark Lane along with councillor Sophie McGeevor, who is a Cabinet Member responsible for environment, waste, recycling, parks and green spaces at Lewisham Council.
Work to transform the overgrown site first began back in 2012. But, it continued with renewed energy in 2015 when the Community Gardeners signed a Station Partnership Agreement with Thameslink’s parent company Govia Thameslink Railway (GTR), formalising a commitment between the gardeners and the company to rejuvenate the area.
A small team of gardeners worked hard to source the £80,000 needed to transform the site, which paid for essentials such as surveys, design work and landscaping. Before they could get to work landscaping, seven skip loads of rubbish had to be cleared from the area.
By January 2018, the Community Gardeners formalised their organisation into a Friends Group, with the aim of maintaining the station’s community garden. Then in October of that year, BBC Gardeners’ World presenter and landscape garden designer, Mark Lane, helped with the detailed design. Just over a year later gardening firm Verde Landscapes took nine weeks to bring the vision to fruition in time for Easter 2019.
Finishing touches were then made ahead of the official opening on Saturday 1 June. The day kicked off with the younger helpers planting a hazel hedge around the woodland space.
The sensory garden has been designed to appeal to senses of smell, taste, touch and hearing. It has edible plants, such as a blackcurrant bush, garlic plants and nasturtiums. Long grasses have been planted in the centre to create a calming rustle as they blow in the breeze. Adding to the calm is also the scent coming from the lavender pathway. Particularly appealing to children are the various trees offering different bark textures from the sycamore to the elder tree.
To find out more about the project click here. 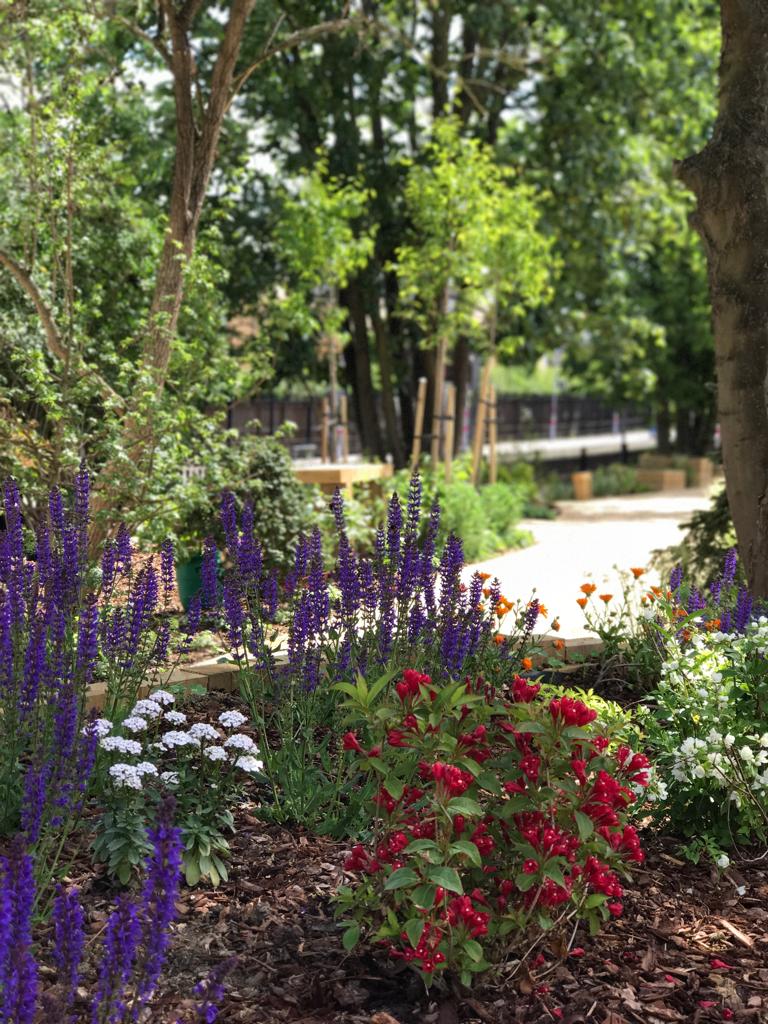 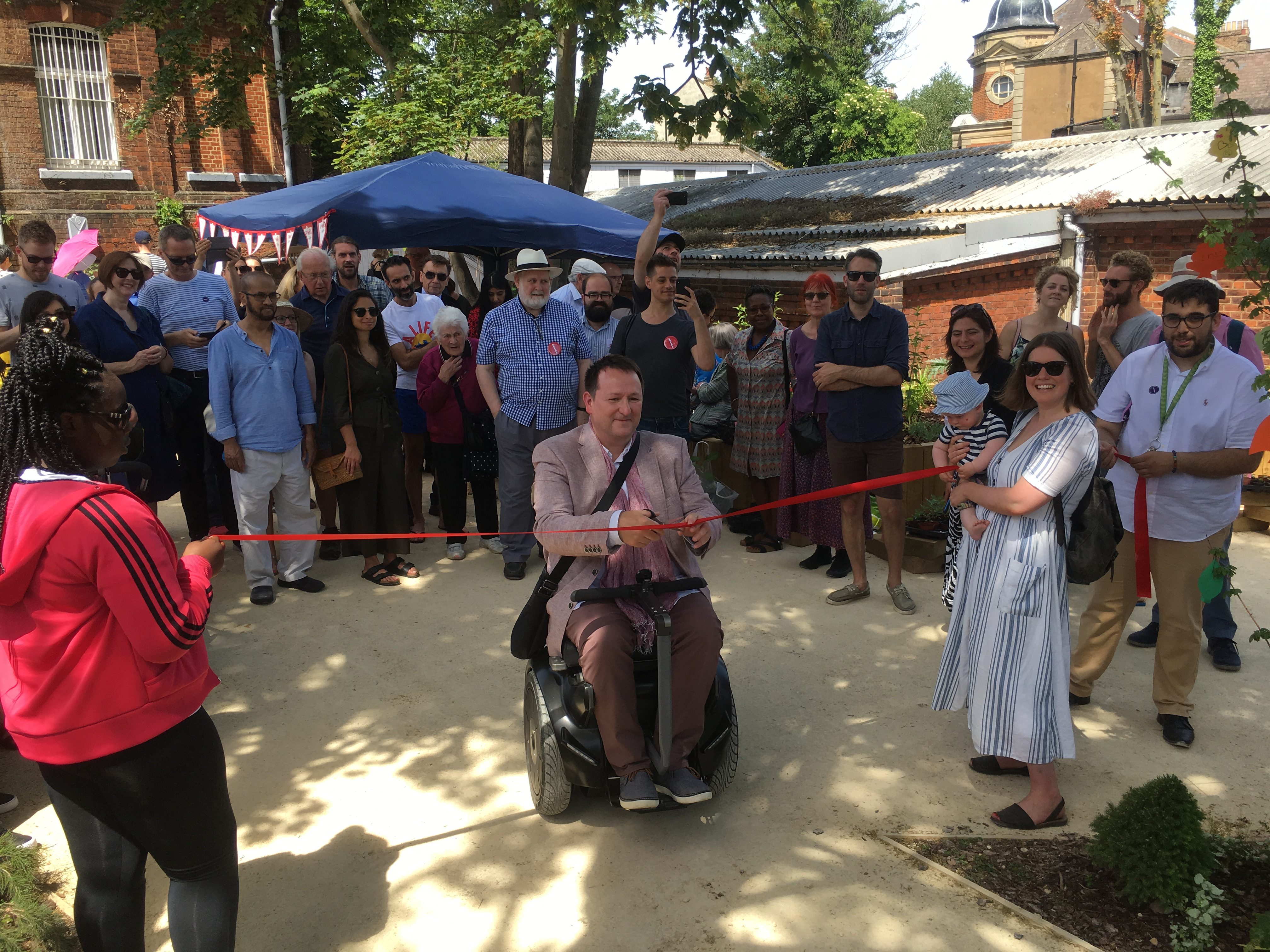 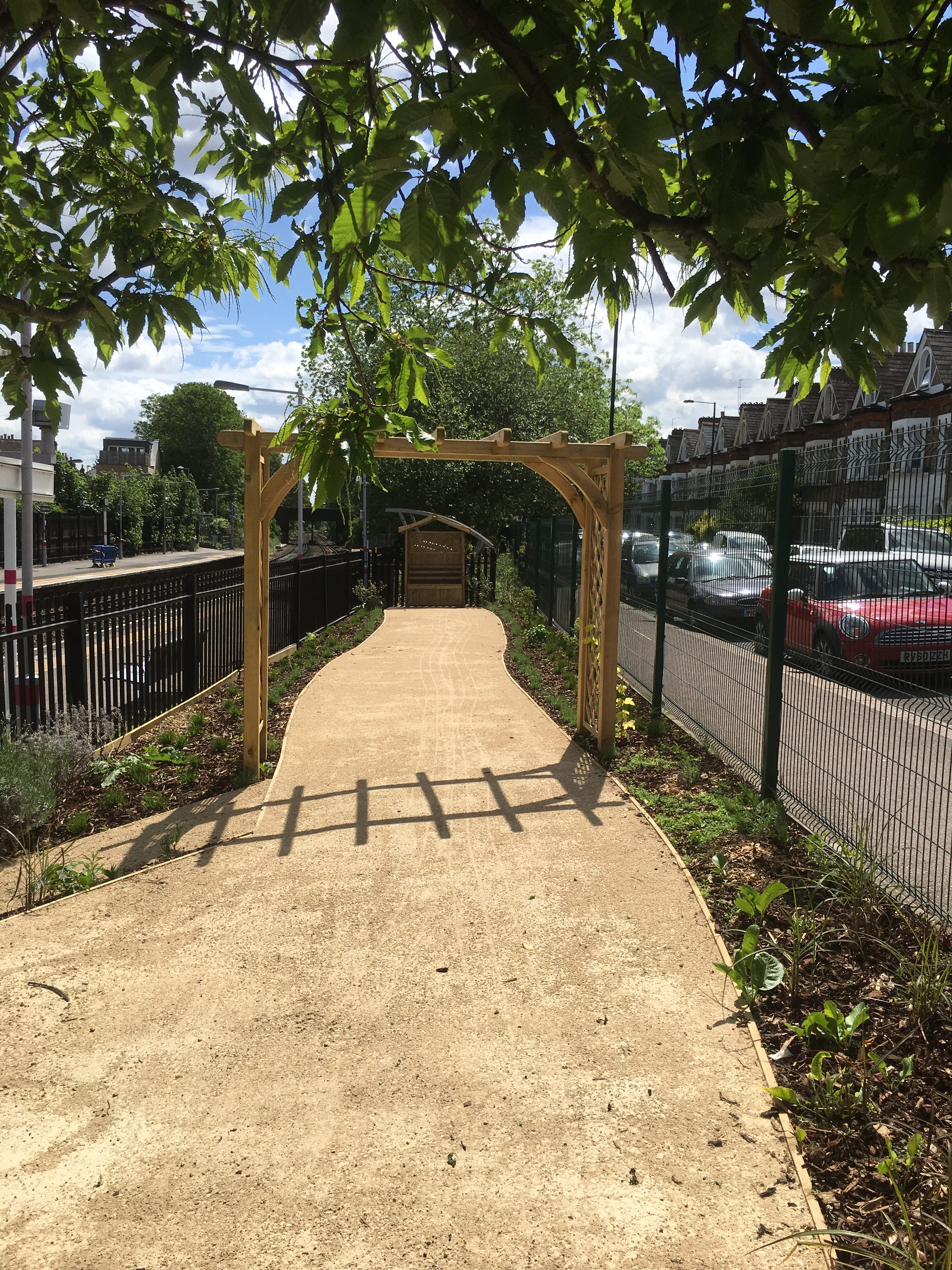