David Holdsworth has been appointed as the new Chief Executive of the Animal and Plant Health Agency (APHA). David started in the role on 25 April 2022. 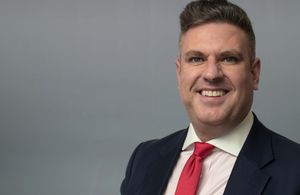 The appointment follows a competitive recruitment round and he will take up the role on a permanent basis.

David Holdsworth, Chief Executive of APHA, said: “I feel very privileged to have joined APHA at this important time. The agency plays a vital role in safeguarding animal and plant health for the benefit of people, the environment and the economy.

“I am hugely looking forward to working with APHA’s world class experts, as well as our stakeholders and partners to continue delivering excellent services for our customers and the UK.”