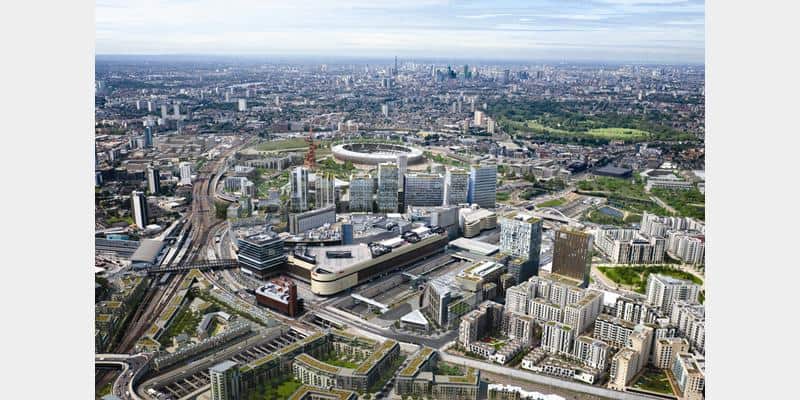 An international design competition has been launched for a major new cultural and educational district in east London dubbed Olympicopolis.

The open, two-stage competition, run by Malcolm Reading Consultants and with a jury chaired by Paul Finch, will be launched in September.

The hunt is for “an exceptional team” of architects, masterplanners, place makers, engineers and landscape designers.

The V&A, UCL, Sadler’s Wells and the University of the Arts London have all committed to building premises in Olympicopolis, on the edge of the Olympic Park in Stratford.

The mayor of London, Boris Johnson, said he hopes the district will one day rival South Kensington as a cultural destination.

Malcolm Reading said the competition would draw out talent and innovation from the architectural community.

He said: “While full details of the competition will be unveiled in September, we hope that over the summer, architects and masterplanners will start thinking about their ideal team and earmarking time for the contest in their autumn schedules.”

Moira Gemmill, director of design and FuturePlan at the V&A, said they were finalising an architectural brief which she hoped would attract the “very best talent to design an extraordinary V&A.

“The V&A’s purpose is to make people think about design. It exists to encourage everyone to care about design and the impact it has on all our lives. This message begins with the building,” she said.

UCL is planning a new campus in an area known as Stratford Waterfront which vice provost Stephen Caddick described as “hugely exciting”. Its previous plans for a £1 billion campus designed by Make, Hopkins, John McAslan, Farrells and Aecom on the Carpenter’s Estate were abandoned last year after fierce criticism about what would happen to residents.

Interested architects, masterplanners, placemakers, engineers and landscape designers are invited to visit competitions.malcolmreading.co.uk/queenelizabetholympicpark to sign up and receive an eflyer when the competition opens.

The competition will begin with an open first stage seeking expressions of interest from multi-disciplinary teams with relevant experience.

An expected five finalists will be asked to submit concept designs during the second stage, with the winning team announced in March next year.

Thousands of families helped to build own homes

How is Tyler Grange faring in its four-day week?