A new ‘meadow glade’ bursting with thousands of flowers including Primula, Campanula, Ranunculus, Deschampsia, Succisa and many more has been created to mark the final major planting in Chatsworth’s biggest garden transformation for nearly 200 years.

A trio of Britain’s leading garden designers, Tom Stuart-Smith, Dan Pearson and James Hitchmough, have worked with Chatsworth’s head of gardens and landscape, Steve Porter and his team for more than three years to redevelop the world famous 105-acre garden. 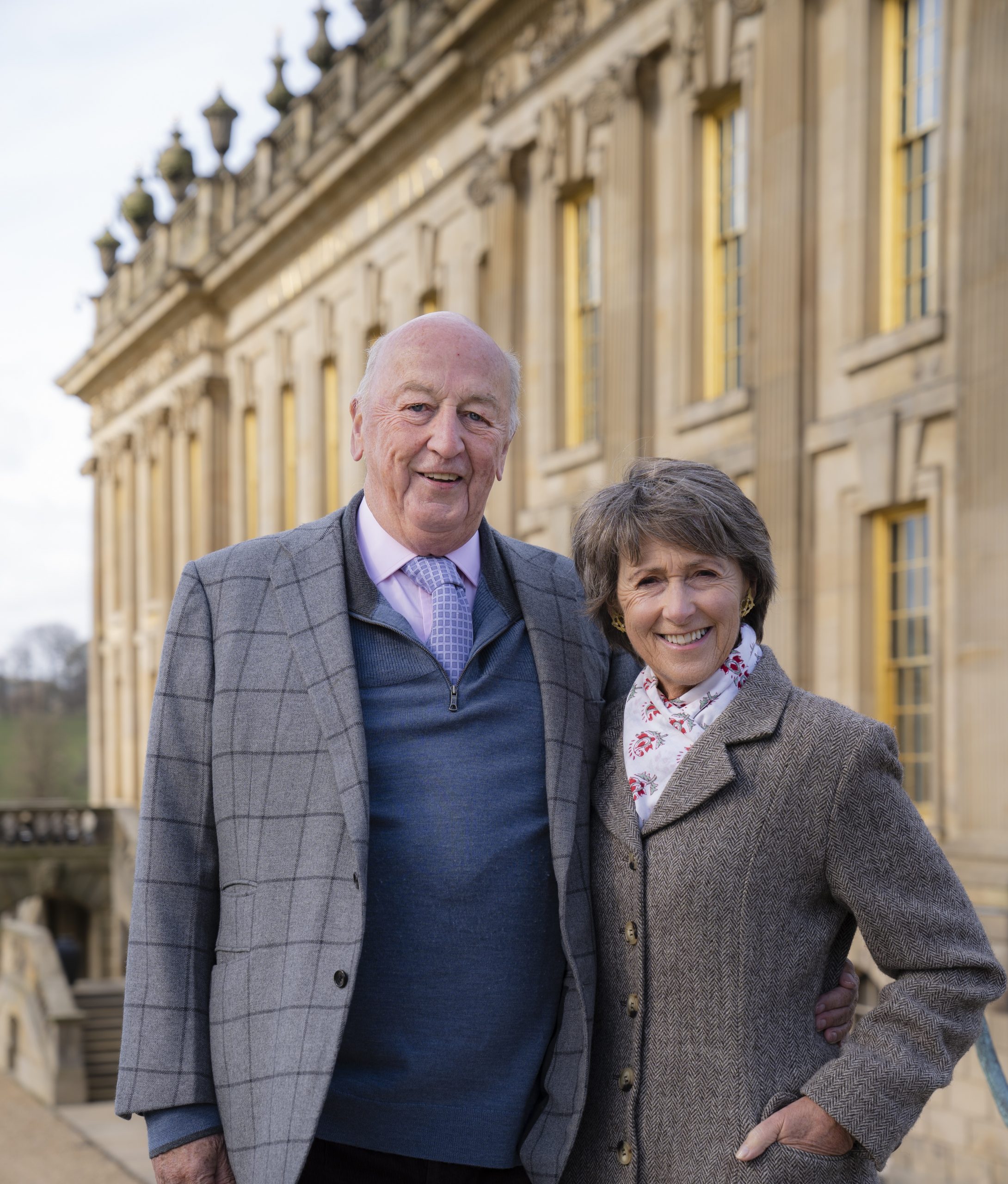 Duke and Duchess of Devonshire 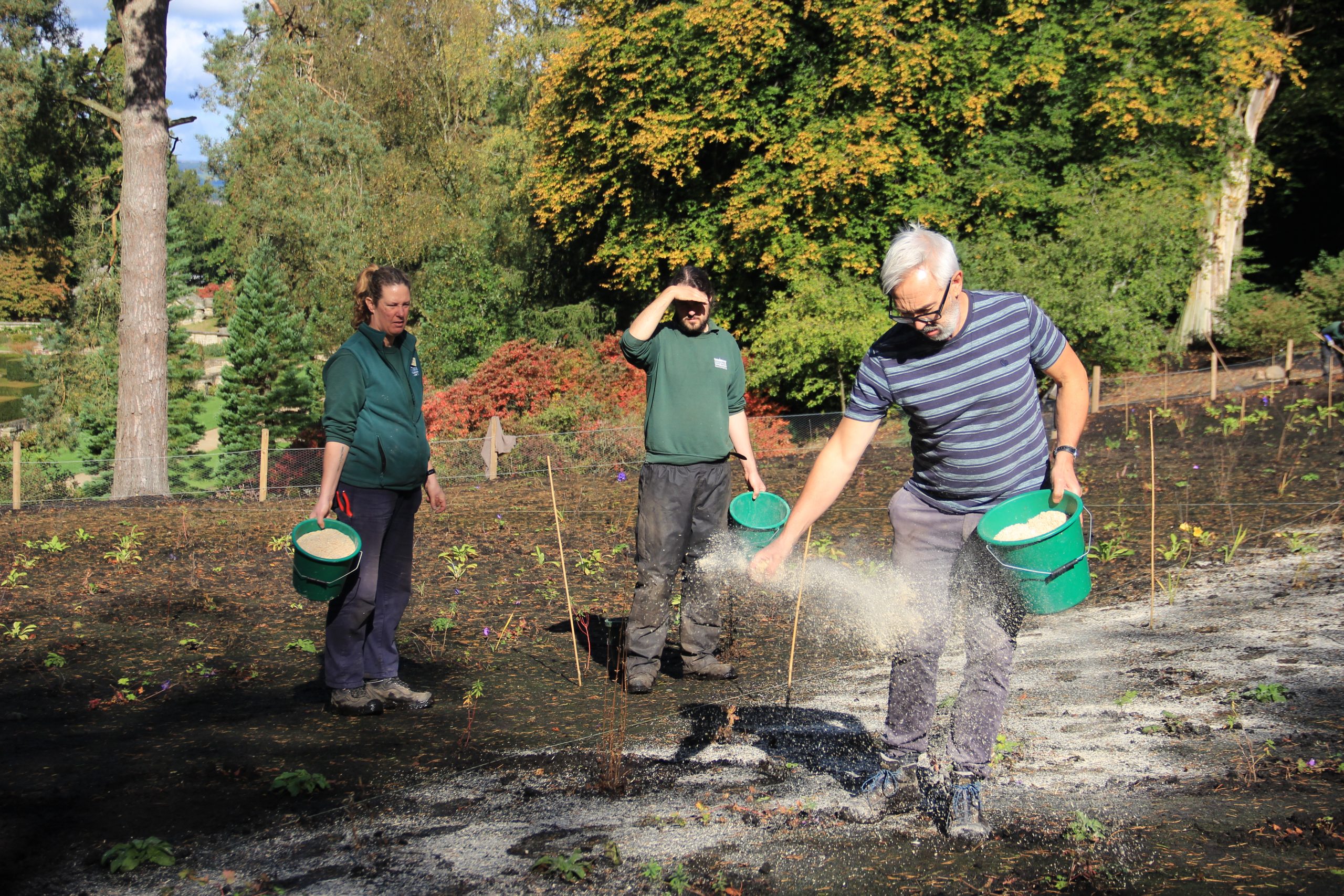 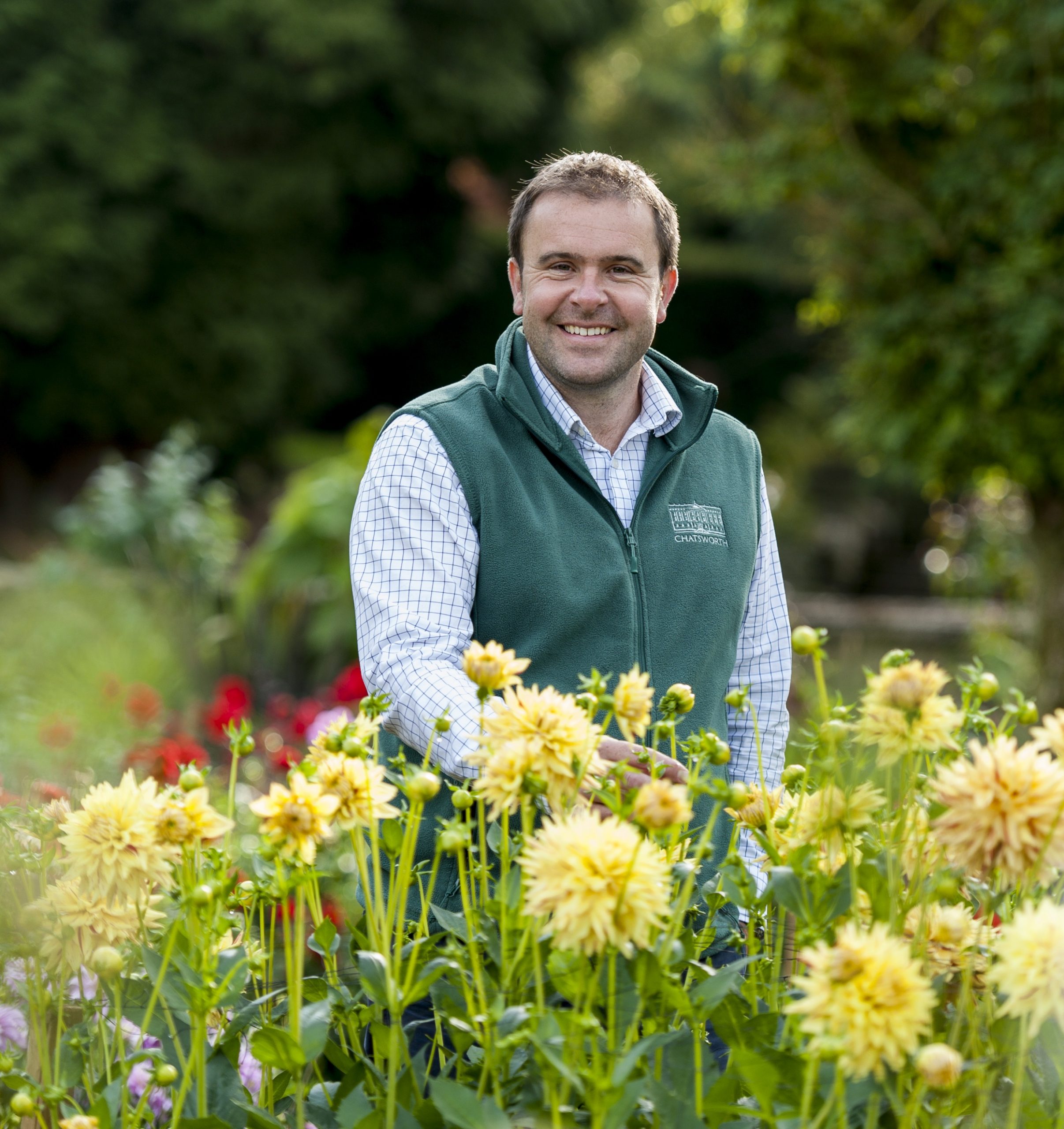 More than 300,000 plants, including hundreds of trees, have gone into the ground across a previously underdeveloped 15-acre area known as ‘Arcadia’. Major work has also been done in a further 10-acres that includes a remodelled Rock Garden, the Maze Borders, the Ravine, Trout Stream and Jack Pond.

Work continued right through the pandemic with a reduced garden team given a helping hand by the Duke and Duchess of Devonshire who were keen to develop a more sustainable future for the garden. During autumn 2020, around 95% of 70,000 perennials and bulbs were planted peat-free and were either grown in the open ground and transported bare root, or in biodegradable pots that were made from remoulded husks that are a by-product of the rice industry.

“The Duke and Duchess have often been in the garden helping out with planting, placing and watering, particularly when we were short-handed” says Steve Porter. “They have been very involved and supportive of a more sustainable approach and that will be a key theme in the next round of changes in the garden.”

“We’ve been reducing the environmental impact of our work in all areas. The plants grown on site for Chatsworth’s shops are already completely peat-free and almost no pesticides or fungicides are used in the glasshouses – predatory bugs are released instead as part of an integrated pest control programme.” 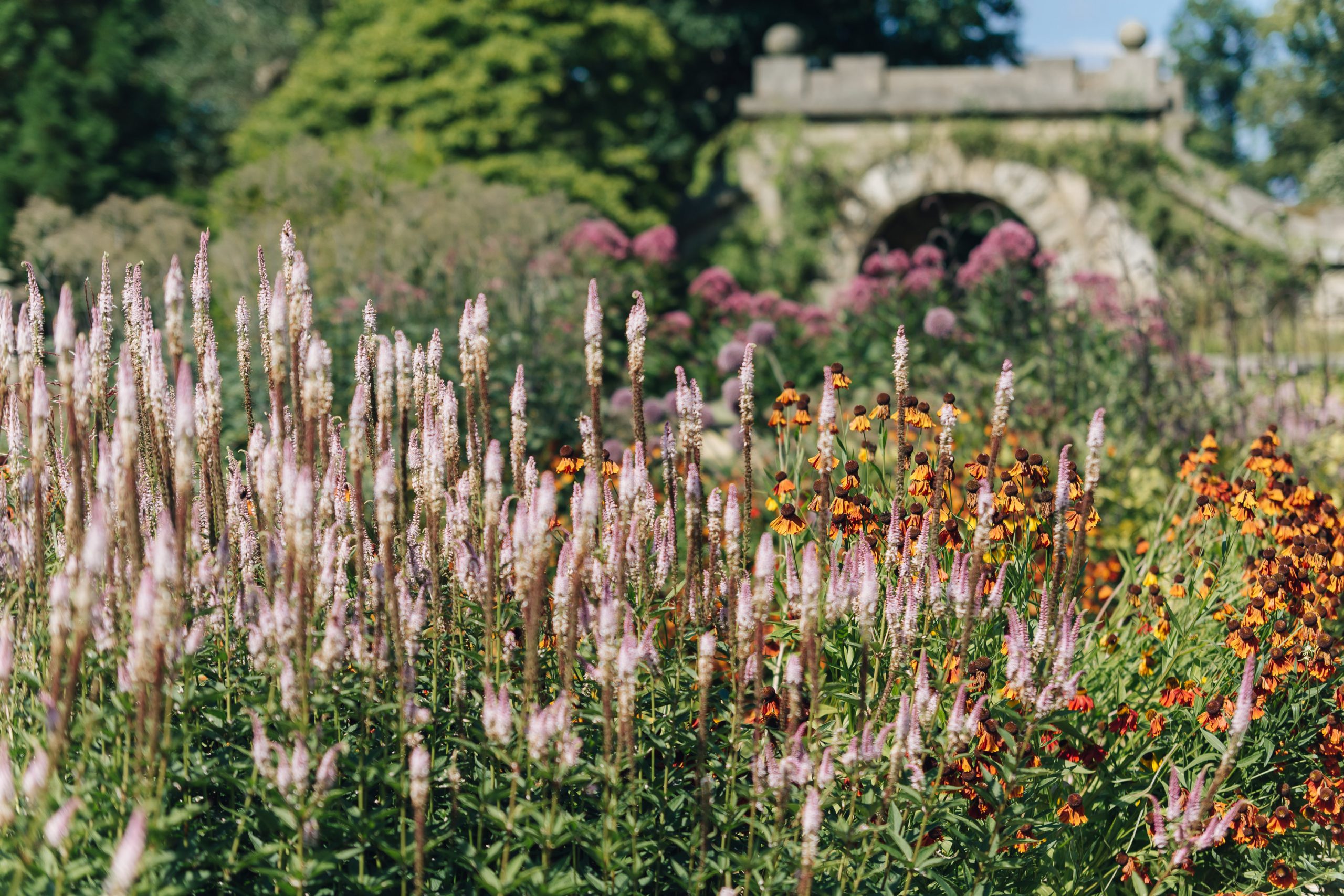 Tom Stuart-Smith’s planting around the Maze

James Hitchmough, based at the nearby University of Sheffield, has overseen the seeding of the ‘meadow glade’ with thousands of perennial flowers, one of four new glades in Arcadia. New pathways take visitors deep into Arcadia’s heart, with earlier plantings already well established and flowering.

A wet glade known as the bog garden, contains more than 34,000 new plants and bulbs including 8,000 Camassia grown onsite in Chatsworth’s own nursery. Drifts of more than 2,000 Candelabra Primula in six different varieties are being planted as well as Iris, Rodgersia, Gunnera, swamp cypress (Taxodium), royal ferns and other plants able to thrive in damp conditions such as pond edges, stream banks or damp shady borders.

The overall plan for Arcadia by landscape architect Tom Stuart-Smith, supported by Gucci, saw 15-acres cleared for the planting of hundreds of new trees and the four meadow-like glades connected by woodland walks. A major new art installation called ‘Natural Course’ was built as a monumental sculptural centrepiece using more than 100 tonnes of local stone by the Derbyshire artist Laura Ellen Bacon.

One of the Duke of Devonshire’s favourite shrubs, Daphne, features strongly in Arcadia, particularly around seating areas because of its scent, while winter Helleborus in different colours and Primula in spring are other highlights.

In the Rock Garden, Iris are a standout flower among more than 12,000 new plants, which include many more grasses and perennials. Work along the Trout Stream has included some 7,000 additional plants familiar to a woodland floor, such as Tiarella and Epimedium. Redevelopment of the Trout Stream has been intimately connected to Dan Pearson’s creation of Chatsworth’s ‘Best in Show’ garden at the RHS Chelsea Flower Show 2015, which provided Dan with the conceptual inspiration for the new planting and seating.

The foundations of Chatsworth’s present garden and park were laid out by William Kent and Lancelot ‘Capability’ Brown in the 18th century and Joseph Paxton in the 19th century. The 105-acre garden is the product of nearly 500 years of careful cultivation and retains many early features, including the Canal Pond, Cascade and Duke’s Greenhouse. The famous waterworks include the 300-year-old Cascade, the Willow Tree Fountain and the impressive, gravity-fed Emperor Fountain, which reaches heights of up to 90m. 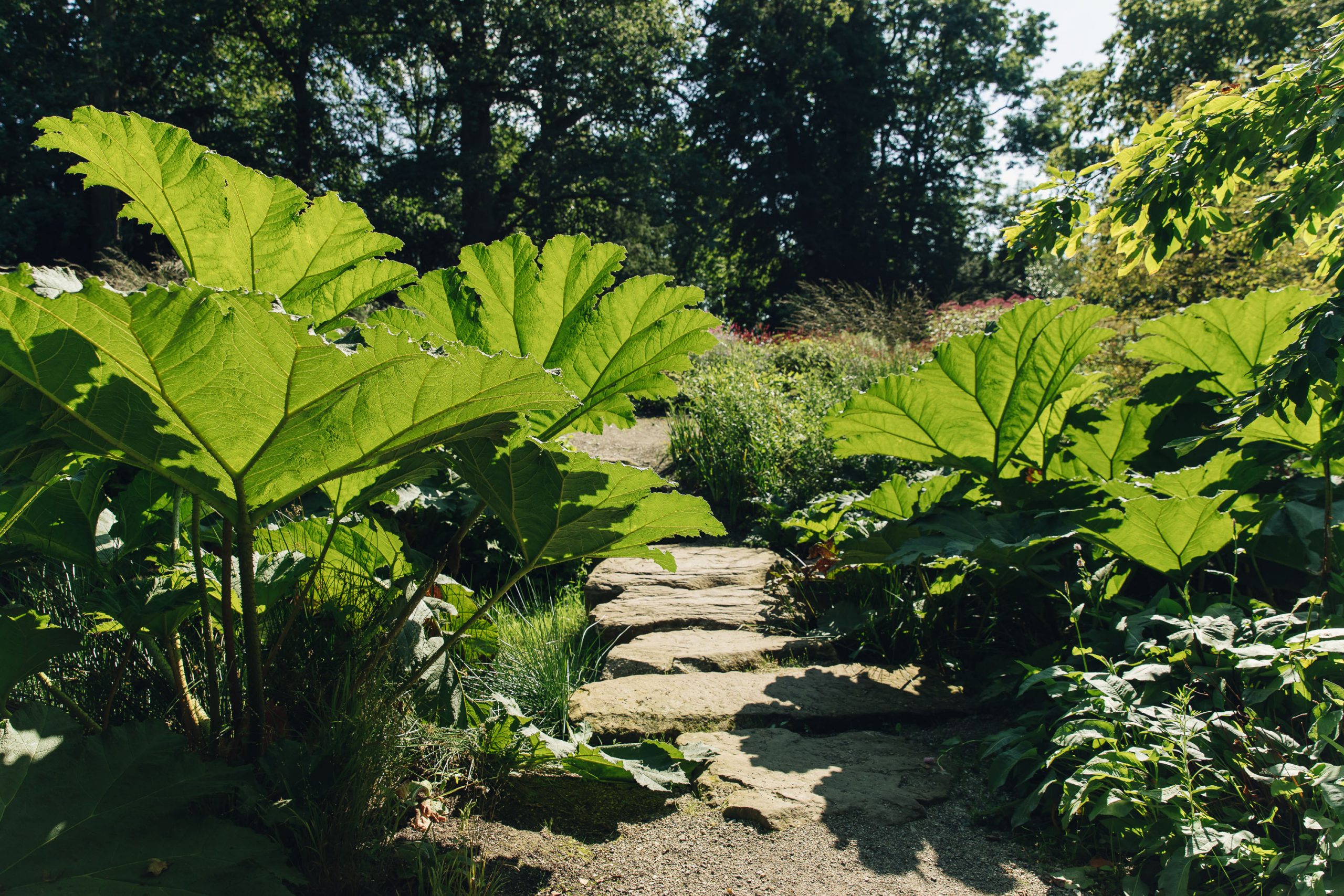 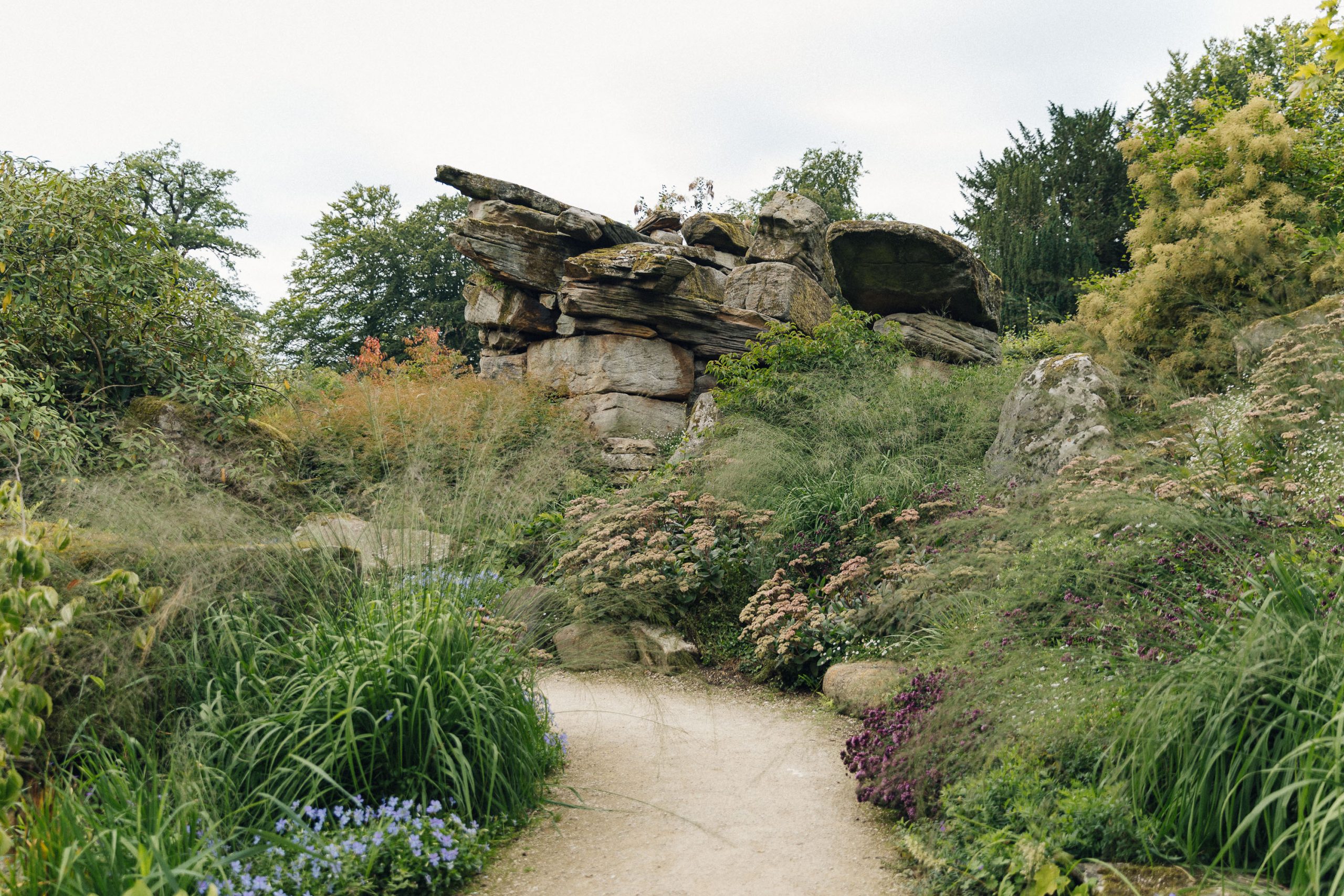 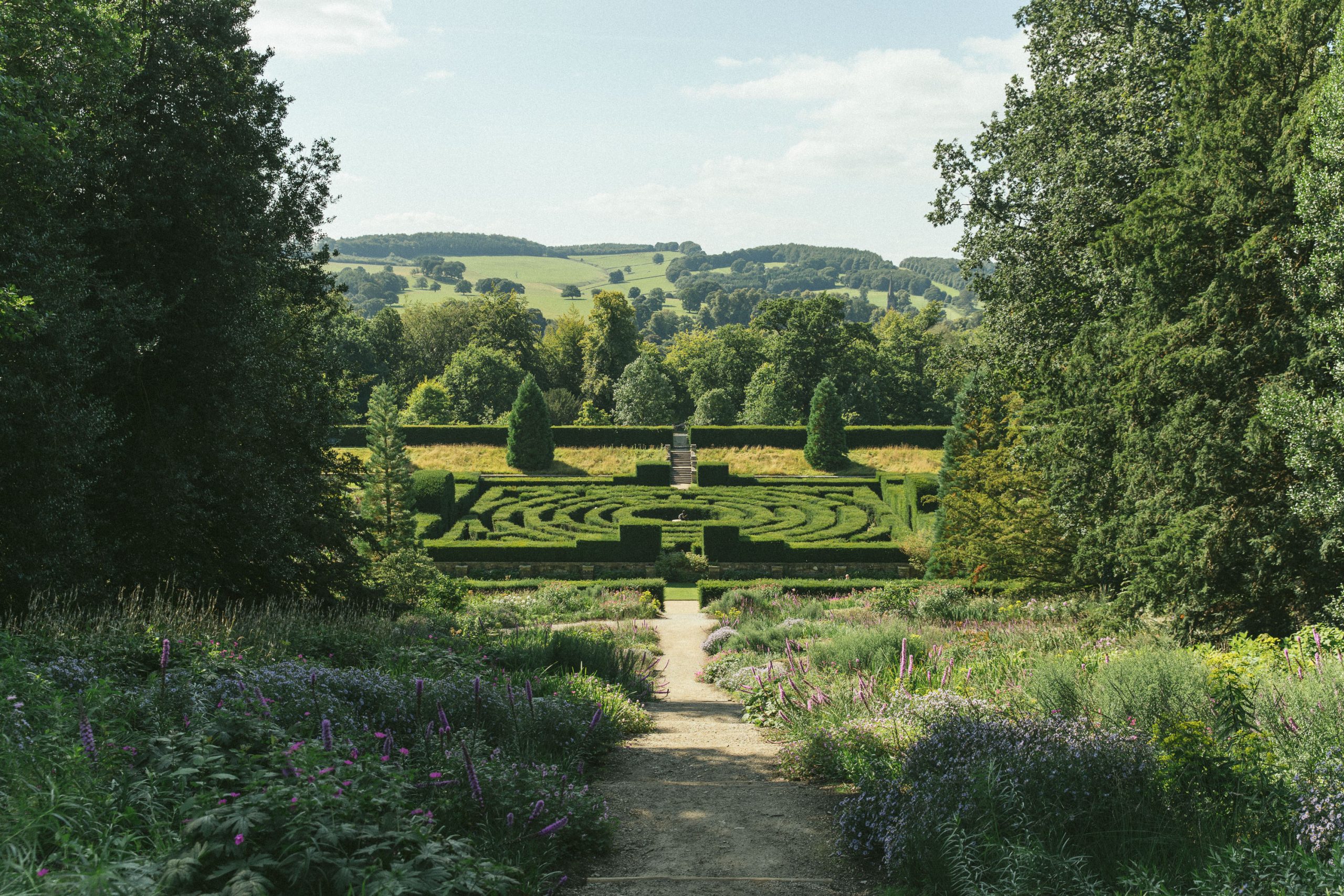 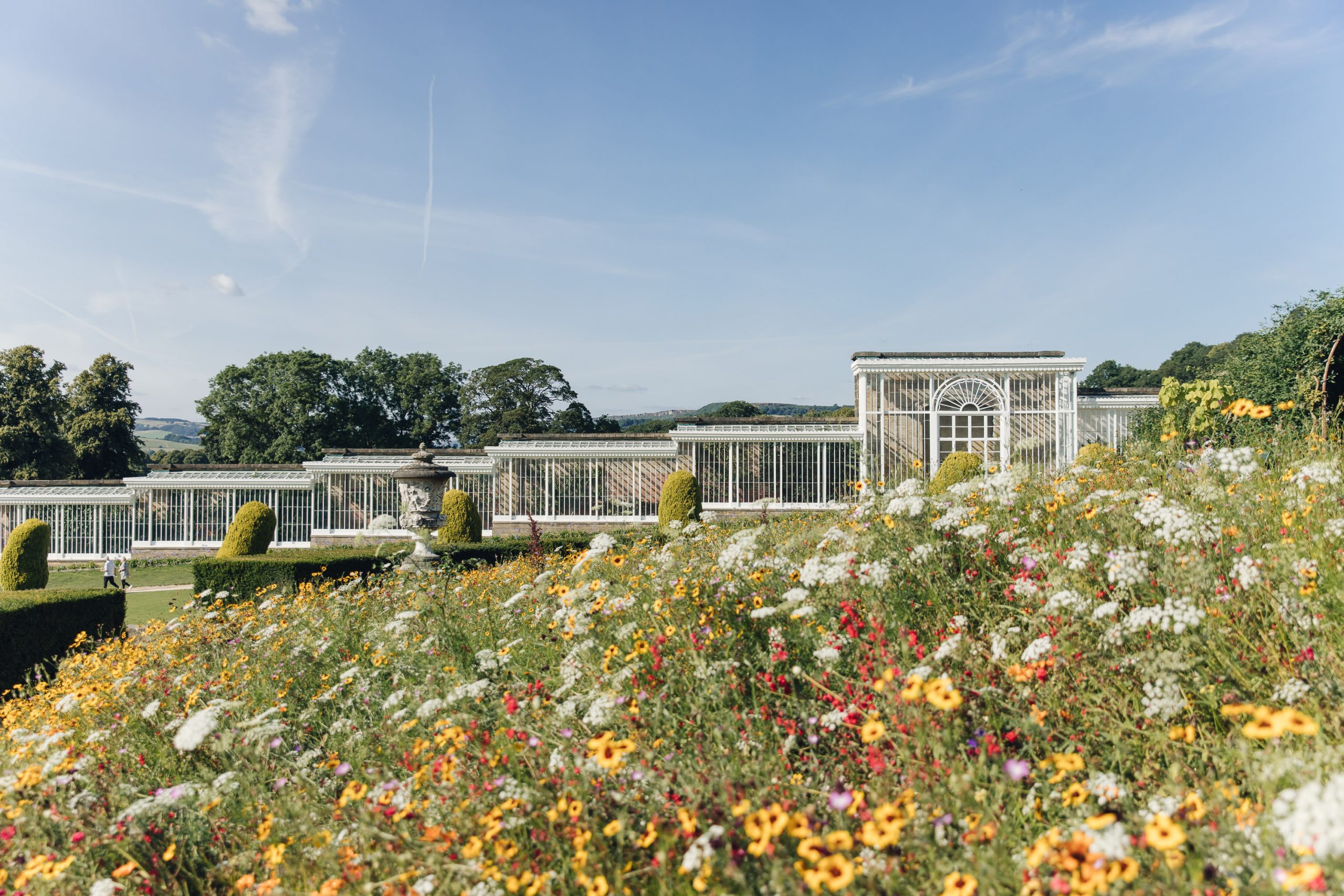