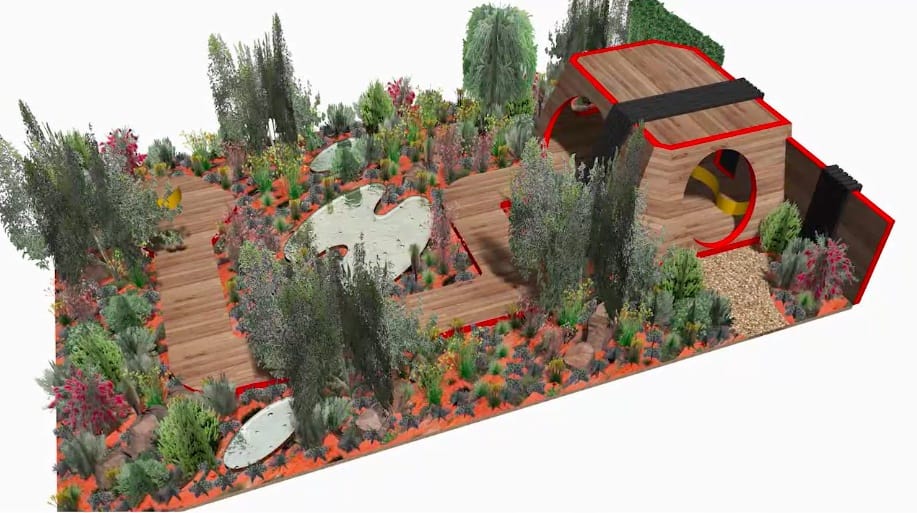 Australia will take centre stage for visitors at this year’s prestigious RHS Hampton Court Flower Show in London. An inspirational Essence of Australia show garden will be presented for the first time by the Royal Botanic Gardens Melbourne in partnership with Tourism Victoria, Tourism Northern Territory, Qantas and leading UK tour operator, Trailfinders.

The Essence of Australia garden celebrates Australian flora and contemporary design as seen at the multi-award-winning 15-hectare Australian Garden at the Royal Botanic Gardens Cranbourne, a division of the Royal Botanic Gardens Melbourne. The show garden will evoke the relaxed feel of Australia and Australians’ love of outdoor living as well as celebrating the states and gardening landscapes of Victoria and Northern Territory as two key travel destinations for British holidaymakers.

“Victoria has long been known as ‘the garden state’, so we are delighted to be collaborating on a show garden at the RHS Hampton Court Flower Show with respected Melbourne-based gardener, Jim Fogarty. Victoria is home to 100 national parks and reserves, which – due to the state’s compact size – are all an easy drive from Melbourne, from the rugged mountains of the Grampians, to the temperate rainforests of Cape Otway National Park on the Great Ocean Road.”

“In Melbourne, gardens form a huge part of our urban culture, connecting our vibrant, cosmopolitan city with the outdoors seamlessly. I hope the Hampton Court show garden inspires UK visitors to make Melbourne and Victoria a must-see inclusion on any Australia holiday or visit.”

“One of the biggest surprises of a trip to Australia’s Outback Northern Territory is how green and full of nature it can be. There are over 400 species of native plants in Uluru-Kata Tjuta National Park (home to the mighty Ayers Rock) alone. When the Outback is in bloom it’s one of the richest experiences nature has to offer. We are also extremely proud of our ancient Aboriginal culture and are delighted that one of its most iconic symbols, the Rainbow Serpent, will inspire the garden design.

“It’s a true privilege to have an Australian garden at Hampton Court this summer for the first time. Partnering with Tourism Victoria, Qantas, Royal Botanic Gardens Melbourne and Trailfinders will ensure outstanding experiences, service and value are delivered to consumers looking to encompass the ‘essence of Australia’ in their next trip Down Under to enjoy the rich and diverse native flora on offer.”

Professor Tim Entwisle, Director and Chief Executive of the Royal Botanic Gardens Melbourne, said the Essence of Australia garden will allow visitors to see just how beautiful and diverse Australian flora can be:

“This show garden is just a taste of what people can see at the Australian Garden in Cranbourne, a landscape already celebrated around the world for its remarkable design and contemporary feel. Being part of such a popular garden show also gives us a chance to highlight stunning Australian plants suitable for growing in the UK.”

As the UK’s number one tour operator to Australia, Trailfinders has showcased an Australia Garden at the Chelsea Flower Show for the last seven years. Nikki Davies of Trailfinders said:

“We’re delighted to partner with Tourism Victoria, Tourism Northern Territory and Qantas to bring a little piece of authentic Australia to Hampton Court for the first time and following our Gold Medal and Best in Show last year we’re all for going for gold again this year!”

The Essence of Australia garden has been designed by the respected Australian landscape designer, Jim Fogarty. Jim previously won a Gold medal at the RHS Chelsea Flower Show in 2011 for his Australian Garden for the Royal Botanic Gardens Melbourne.

This is the first time he has designed a garden for the RHS Hampton Court Palace Flower Show which will feature all native Australian plants. He will also use several native species that can grow in the UK.

The overall Essence of Australia garden design takes inspiration from the Rainbow Serpent – an iconic creature from aboriginal culture which is often seen in aboriginal art and continues to be an influence today.

The Rainbow Serpent features in aboriginal dreamtime stories credited with forming the mountains, ridges and gorges as it emerged from beneath the ground across the landscape.

Towards the rear of the Essence of Australia garden, visitors will be introduced to Melbourne, the ‘Gateway to Australia’, and the country’s cosmopolitan arts hub with simple, clean and stylish lines that are symbolic of contemporary Melbourne. The structure will also reference inland rock formations of the Northern Territory such as Uluru, the MacDonnell Ranges and the charcoal timber blades which depict the water that cascades off these rock features in times of rain, providing a source of nourishment for Australia’s vast flora and fauna.

As visitors follow the Rainbow Serpent deck, they will be inspired to envisage diverse natural attractions and landscapes including rock seams and outcrops, where the endless roads delve deeper into rich aboriginal culture, red sands, and an amazing array of Australian plants. The further inland they explore, the more evident the importance of rain is to the survival of many Australian plants. The deck in the Essence of Australia garden will even include a ford crossing, commonly found on outback roads that flood in the wet season. 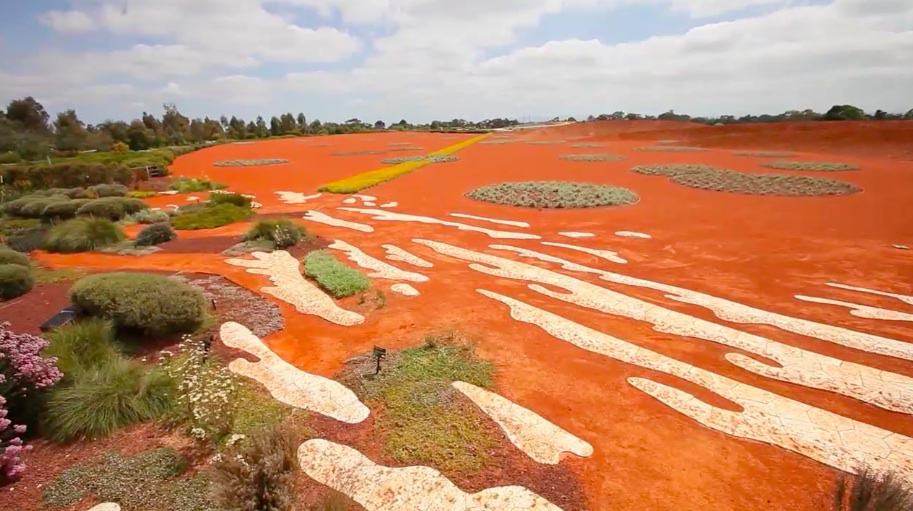