The most influential garden designers, writers and distinguished biographers in the worlds of horticulture and literature will gather at Petworth House on 21-22 June for the Garden Museum’s second festival of garden literature, entitled A Friend, a Book and a Garden. 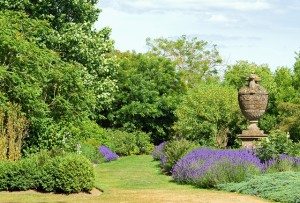 A garden lover’s dream weekend, the festival is taking place in the idyllic walled gardens of Petworth House, West Sussex, one of Britain’s greatest houses. The private gardens will be opened by Lord and Lady Egremont for an intimate and celebratory weekend featuring an inspirational line up of speakers including literary prize-winner and historian Robin Lane Fox; award-winning garden designer and writer Tom Stuart-Smith; the biographer, and Vice President of the Royal Society of Literature, Victoria Glendinning (winner of The James Tait Black Award, the Duff Cooper Prize and the Whitbread Prize); Richard Mabey, dubbed Britain’s greatest living nature writer; John Brookes, known to many as one of the most influential garden designers of the late twentieth century; and national garden, literary and arts writers Anna Pavord and David Sexton.

“Following the successful launch of our festival of garden literature in 2013, we are thrilled to offer again such an exceptional line-up of talented speakers this year,” says the museum’s director, Christopher Woodward. “Join us for an intimate and celebratory garden lover’s dream weekend of discussion, contemplation and laughter as we bring together those who share a love of all things literary and green-fingered in a truly special location of unbounded beauty.”