The largest green services provider in the UK, Glendale, is set to help transform Walker Park in Newcastle as part of a £2.5m restoration project being delivered by Newcastle City Council.

Glendale has been awarded a £50,000 contract to carry out tree felling, tree pruning and shrub removal at the Tyneside park, before the majority of the works begin in summer 2015.

Part funded by the Heritage Lottery Fund, the revamp will also see an improvement to paths, railings, park furniture, the amphitheatre, the bridge over the dry lake and new planting of trees, shrubs and flowers.

The wider plans, drawn up by TGP Landscape Architects, include a new community café, new facilities for children and young people, a multi-use games area for tennis, basketball and football, a refurbished play area, skate park, and a new under 12s football pitch.

A statue of poet Robert Burns, which stood in the park from 1901 until the 1970s, will be restored and reintroduced into the park. The statue’s cast iron figure was broken into pieces as a result of vandalism and taken down, but was recently rediscovered in a council depot.

Dave Curry, contract manager for Glendale’s North East arboriculture division, said: “More and more people are recognising the importance of parks in making somewhere a good place to live, and it’s great to see that investment is being made into the upkeep of existing green spaces as well as the creation of new ones.

“We’re looking forward to helping bring Walker Park back to its former glory and creating a quality space which can be enjoyed by local residents, just as it was in its heyday.”

A team of six Glendale experts will carry out the work under the Wildlife and Countryside Act 1981 which protects wildlife, nests and eggs. The team will be supported by an ecologist and Walker Park will remain open for the duration of the work, expected to last eight to ten weeks.

The full restoration project will be completed in summer 2016. 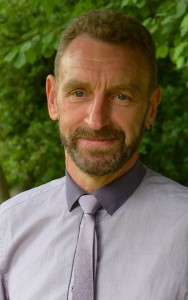