The Rockford Area Convention and Visitors Bureau (RACVB) has announced that Rockford – known as the City of Gardens – is at the centre of a competition for landscape architecture students at Gloucestershire University in the United Kingdom. Using Rockford as inspiration, the students designed garden concepts that were judged by a panel of experts from Rockford. The winning design will be featured at the Malvern Autumn Garden Show in Malvern, Worcestershire in the UK this fall, which is expected to draw 64,000 people. 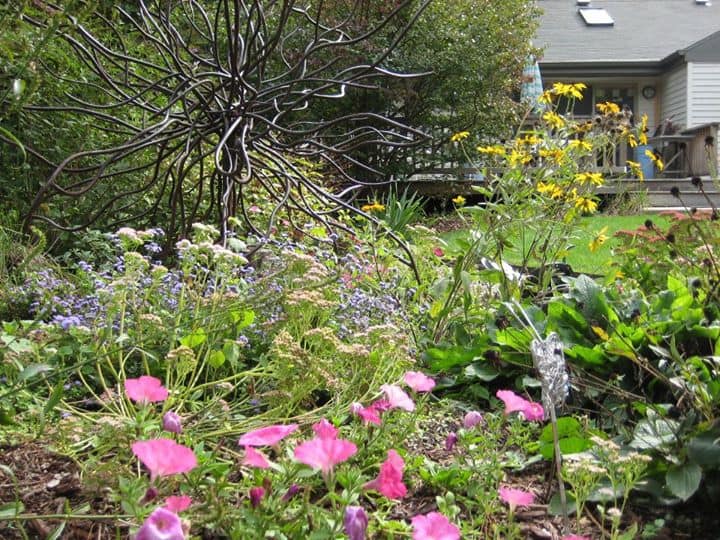 The RACVB has a dedicated representative in the UK to promote the region and build relationships. This project was a result of that activity.

“As the City of Gardens, we were thrilled Gloucestershire University focused their competition on Rockford,” said Lindsay Arellano, Rockford Area Convention and Visitors Bureau. “Our goal is to gain awareness for the region and tout Rockford as a tourist destination. Having the winning design on display with Rockford’s name on it speaks volumes to the thousands of people who will be in attendance at the show.”

Five Rockford garden design concepts were considered for the competition. The students each made a two-minute video presentation highlighting the details of their design. The videos are featured on the RACVB-UK YouTube channel and can be viewed here. The judges from Rockford included Tyler Smith, President of Tyler’s Landscaping and Rockford Park District Commissioner, Tim Gruner, Curator for Anderson Japanese Gardens and Jim Wojtowicz, Landscape Architect for Klehm Arboretum. The judges selected Jake Poloni and Steve Mann as the winners of the competition.

“I was excited to see so much creativity focused on this concept,” said Tyler Smith, President of Tyler’s Landscaping. “Each design group had a unique perspective on how to best represent our great city. I applaud all of the designers for how well they researched and incorporated our history into their projects.”

“We really appreciated the opportunity and challenge of creating a garden to celebrate the city of Rockford and look forward to bringing the design to life at the Malvern Autumn Show,” said Jake Poloni, one of the winning student designers. “Our main source of inspiration for the garden was the striking difference in the layout of the countryside around Rockford to that around where we study in England. Additional research into the history of Rockford and features of the city as it is today informed the other elements incorporated into the garden.”

“The British are renowned for their love of gardening, as shown by the millions of visitors to garden shows every year,” said Yolanda Fletcher, Managing Director of Cellet Marketing and Public Relations. “As the RACVB UK tourist board we are tasked with developing innovative and creative ways of promoting Rockford and are very excited about this project. The Malvern Autumn Show provides a great opportunity to bring together consumers, students, experts and travel companies to showcase the fantastic garden attractions in Rockford with the intention of driving holiday bookings to the area.”