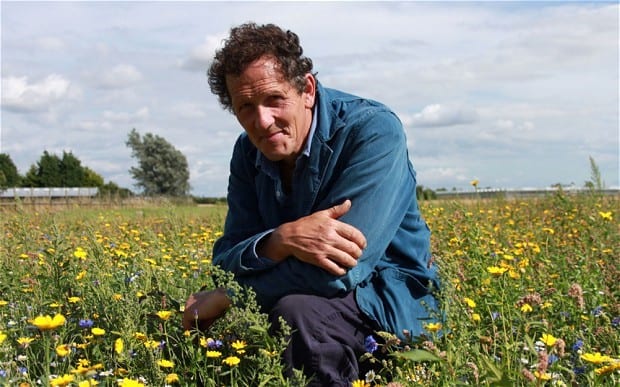 Promoting his series Britain and the Sea last month (a campaign in which he also revealed a scorpion tattoo), David Dimbleby said the BBC should cut back on “some of the cookery and gardening programmes”.

I am not sure which BBC he meant. Presumably not the corporation that has only Gardeners’ Question Time as a regular radio feature, and only Gardeners’ World as a regular TV gardening feature, with a dusting of Alan Titchmarsh and Monty Don on top (and soon an “allotment Bake Off”, Grow Make Eat). Compared to the amount of our national brainpower taken up by our gardens, they are, if anything, under-represented by metropolitan, non-gardening television commissioners.

So the 10-part Great British Garden Revival (BBC Two) comes as a welcome addition to the schedules. In every episode, two of the gardening great and good will each tackle one aspect of our horticultural heritage, from allotments to rockeries and walled gardens. The aim is to encourage viewers to look beyond the simple border or patio, and reconnect with some less fashionable ideas.

Monty Don kicked things off. It is estimated that we have lost 98 per cent of our historic wildlife meadows – many when they were converted into arable land during the Second World War. Lately they have had a revival, and were centre-stage at the Olympic Park, but for most gardeners they are a bit counter-intuitive. They depend on poor soil, and lawn is their mortal enemy.

Don went to Pensthorpe, in Norfolk, and Wakehurst Place, West Sussex, to show how we can sow our own meadows using native plants such as scabious, knapweed and hawkbit to create important habitats for insects. His avuncular screen presence can be overbearing, but for this kind of task – mixing wistful history with practical tips – I grudgingly concede there are few better presenters.

In the second half of the programme Joe Swift looked at front gardens. For many, these serve as places to park the car or keep the bins rather than horticultural showpieces. But using Rockcliffe Avenue, in Whitley Bay, Tyne and Wear as his example, Swift demonstrated that these spaces can be made useful and attractive. In some areas, well-maintained front gardens seem to help to reduce crime and smooth community relations. Swift is an agreeable character, and it was difficult not to be swept up in his enthusiasm.

The series is hardly revolutionary, but there was plenty of sensible advice and lovely shots – particularly of the wildflowers. The BBC should cut back on the cookery instead.