Today, the Heritage Lottery Fund has published State of UK Public Parks 2014: Renaissance to risk? its first report to comprehensively review the condition and management of the UK’s public parks.  Two decades of public and Lottery investment has ensured that the majority of UK parks are in better condition, but unless future funding is generated in new ways, parks are at serious risk of rapid decline and even being sold off and lost to the public forever.

Dame Jenny Abramsky, Chair of HLF, said:  “This report makes for sobering reading.  Parks are highly valued, precious places that are vital to our physical and emotional well-being.  Following decades of decline, Lottery funding sparked a parks renaissance but that is now at risk.  We realise these are financially tough times and that is why we need  collaborative action and a fresh approach to halt this threat of decline and stop this cycle of boom and bust. Our parks are far too important not to act now.” 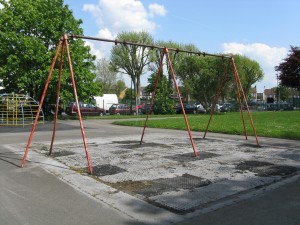 Key findings from the research*:

Parks are under direct threat

Parks are one of the most highly used public assets 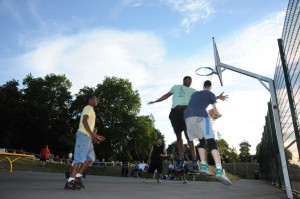 Responding to the report Harry Bowell, Regional Director at the National Trust said, “We know people love being outdoors and some of their most treasured spaces to relax and play are those on their doorstep, their local parks and green spaces. This groundbreaking report from HLF is a wake -call.  The traditional model for funding public parks is breaking down and bold new ideas are needed. We want to help find solutions that could work in every city and town.”

Parks have enjoyed a twenty year renaissance as a result, in part, of £700million of Lottery investment.  However, local authorities have no statutory requirement to fund and maintain them.  Neither is there a national coordinating body able to champion the importance of parks, to assert their value to communities and the economy, and protect them for future generations to enjoy.

In addition to calling for continued investment by local authorities, HLF’s report highlights the need to develop new ways of looking after and funding parks. It highlights five key areas needing urgent joint action to ensure past investment is not wasted.

Finding new innovative ways to make the financing and management of parks sustainable is vital to ensuring their future. HLF and the Big Lottery Fund are working in partnership with the innovation charity Nesta on a Rethinking Parks programme.  This is supporting organisations and partnerships to explore, test and scale new approaches to generating income for and managing parks.  Shortly to be announced are grants totaling £1million that will enable a range of innovative park projects to be piloted.  Full details will be announced in July 2014.

Lydia Ragoonanan, Rethinking Parks programme manager at Nesta:  “Heritage Lottery Fund’s report is very welcome and shines a light on the huge challenges facing our parks. We’re excited to be supporting potential solutions to these challenges through the Rethinking Parks programme which will help parks to develop, test and share new ways to manage their parks.  From membership schemes to pop-up meeting spaces and new horticultural techniques, we want to see if these ideas could help sustain our precious parks long into the future.”

National Trust, in partnership with Sheffield and Manchester local authorities

This project aims to develop and test ways to raise money for a ring-fenced endowment for public parks.  It will explore how to attract and secure funds for the endowment from sources not typically used by parks, including: public giving; corporate giving; local public sector funding; and also investment in the ‘eco’ services that are provided by parks such as flood management and air quality.

Harry Bowell continued: “Our new project, funded by the Rethinking Parks programme, aims to harness the huge value and wide range of benefits that parks provide to demonstrate the potential of endowments in securing the future for public parks for everyone. There is a real prize out of this crisis to grow civic pride, connecting people to their local green spaces and giving communities more of a stake in shaping their future.

“We’re excited by the project and look forward to working with our partners in Sheffield and Manchester. Although this project is not about the National Trust owning public parks, it does go right back to the roots of the National Trust and campaigns by our founders to save urban green spaces in London.”

This project will test new approaches to help cut costs and increase income in parks.  These approaches may include managing grasslands in parks as meadows, introduction of bee farms, growing borage in wilder areas to produce starflower oil (used like Evening Primrose Oil) and managing woodland for woodfuel. A Volunteer in Parks programme (VIP) will also encourage community involvement.