Annual house price rates of change for all dwellings, UK, January 2006 to March 2022 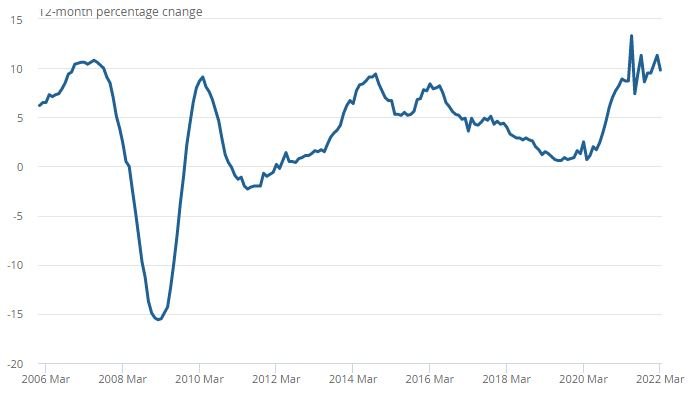 Because of the impact of COVID-19 on both the number and supply of housing transactions, we might see larger revisions to the published UK House Price Index (HPI) estimates than usual.

There may be increased volatility in this month’s estimates, particularly at the lower geographical levels where transaction volumes are smaller. We are looking at options to improve this, including working with data suppliers.

In particular, HMLR has been increasing the level of automation in the way they process applications. As a result of this process, initial data numbers may be lower than pre-coronavirus pandemic transaction volumes; however, in the medium to long term, this will lead to higher volumes being processed.

The total number of processed transactions feeding into this month’s data (including those from previous months, which are incorporated in line with our revisions policy) has increased compared with the numbers seen throughout the coronavirus pandemic period. While this indicates an improvement in the quality of the UK HPI estimates going forward, it may also result in revisions to previous months that are higher than usual, as more transactions are now available in our calculations.

On 8 July 2020, changes to the tax paid on property purchases were announced with immediate effect in England and Northern Ireland. Similar changes came into effect slightly later in Scotland and Wales (15 July and 27 July, respectively). In England and Northern Ireland, properties up to the value of £500,000 would incur no tax, while the thresholds for Scotland and Wales were £250,000. These changes in the tax paid on housing transactions may have allowed sellers to request higher prices as the buyers’ overall costs were reduced.

As the tax breaks were originally due to conclude at the end of March 2021, it is likely that March’s average house prices were slightly inflated as buyers rushed to ensure their house purchases were scheduled to complete ahead of this deadline. This effect was then further exaggerated in June 2021 in line with the extension to the holiday on taxes paid on property purchases in England, Wales and Northern Ireland. They could be seen again in September 2021 when the last of the tax holidays came to an end in England. An increase in prices since then has resulted in a record average house price level in the UK of £278,000 in March 2022.

The provisional seasonally adjusted estimate of UK residential transactions in March 2022 was 114,650, as shown in the Monthly property transactions statistics published by HM Revenue and Customs (HMRC). This is 35.7% lower than March 2021 and 2.6% higher than February 2022. 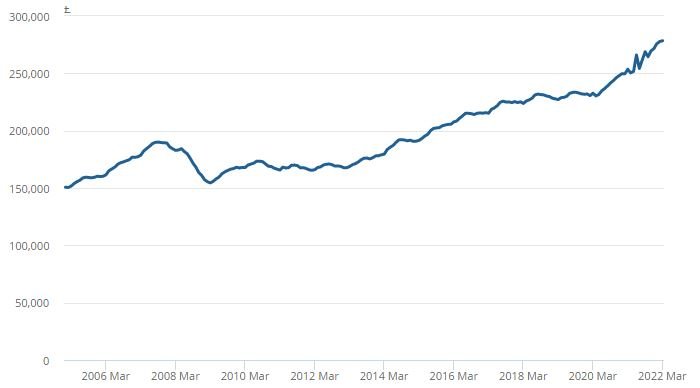 Figure 3: England house prices remain the highest in the UK 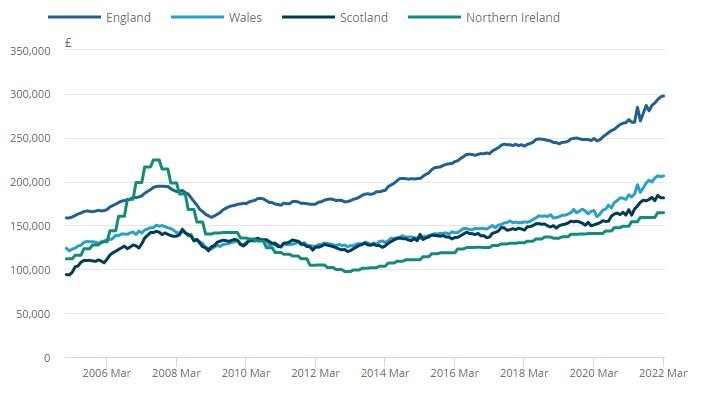 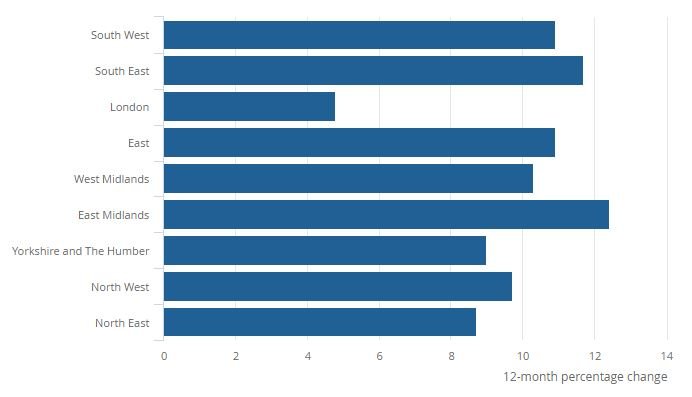