The 38-strong cohort passed the national scheme – provided by training provider ProVQ – and their achievements have been recognised at a special event held for them at the Crowne Plaza in Nottingham. 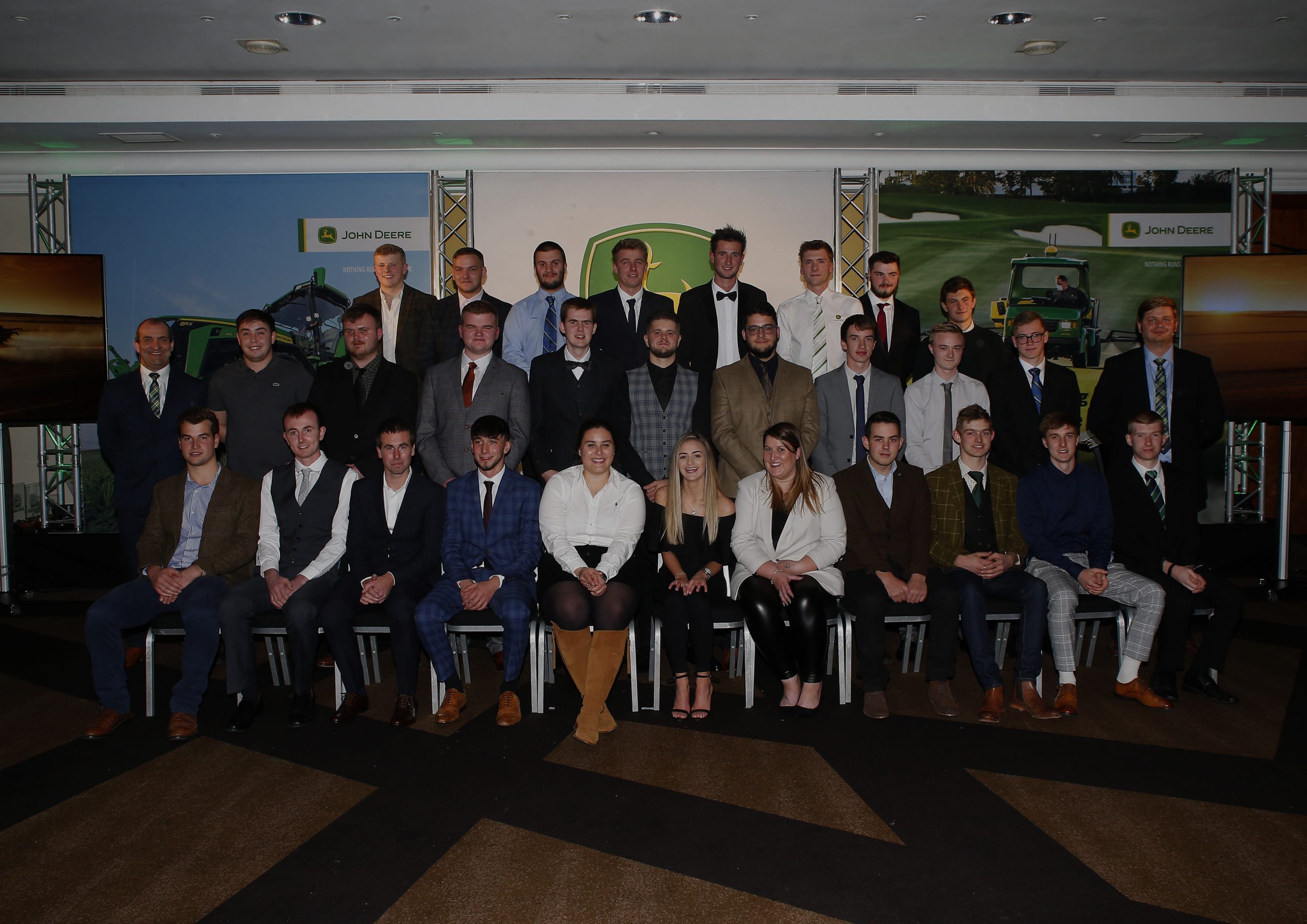 John Deere dealer Ben Burgess saw success for two of its staff with James Skipper from Beeston in Norfolk winning the Ag/Turf Tech Apprentice of the Year for 2021 while Madeleine Green from the company’s Oakham site in Rutland won the Parts Tech award.

Both were presented with new Apple iPads as their prize by John Deere Apprentice Centre Manager James Haslam.

Farol saw its Ag/Turf Tech apprentices Ciahran Quick from the company’s Shefford Woodlands dealership in Berkshire, and Henry Atkins from Midhurst in West Sussex, pick up the runner up prizes of a certificate and high street vouchers worth £250.

John Deere branch training manager, Allan Cochran, said: “Our apprenticeship programme has been running for nearly three decades and was created because we saw the trend of fewer people coming into the industry. We needed to take steps to ensure that there was new talent to fill our business and dealer network.

“That work is as relevant today as it was then. To see these fantastic individuals graduating from their courses and taking the next big step in their careers is incredibly rewarding.

“Helping to give these young people their first step on the career ladder builds a strong foundation for their future success, and John Deere places great importance on supporting them to reach their full potential.

“We aim to nurture and mould these enthusiastic apprentices who have the skills and desire to work in our business and across the industry.”

The next intake is already being enrolled with 61 Ag Tech and Turf Tech technicians so far signed up for their three-year course, in addition to six Parts Tech apprentices who study for two years.

New students are enrolled each year; apprentices need to be resident in the UK, employed by a John Deere dealer and aged 16 or over. The standard programmes include on-the-job training and assessment as well as up to eight weeks each year at the John Deere Apprentice Training Centre. Further details can be found at http://apprenticeshipfinder.co.uk/john-deere.

Now entering its 30th year, Ag Tech was the first such scheme to be introduced in the UK and won a National Training Award at the end of 1997, the only one ever made to an agricultural machinery apprenticeship programme. Since the first programme started in 1992, almost 1,000 apprentices have graduated through the three main schemes and are now working in the company’s nationwide dealer network.

BBC and RHS extending partnership until 2025