Pro Landscaper was extremely saddened to hear the news this weekend of the death of an up and coming landscaper, Matthew Bradley, 24, who worked for landscape design and build company Landform Consultants.

The news, announced just before 10am on Saturday morning by the Liverpool Echo, reported that 24-year-old Matthew, from Northern Ireland, was visiting Liverpool for a stag party when he was hit by a grey car on The Strand near to the Hilton Hotel at about 11.40pm on Friday night.

Mark Gregory of Landform said: “I got a call from Matt Moore, my ops director, on Saturday morning to say he had some dreadful news about Matthew. His girlfriend Rhiannon Williams (a garden designer who also works at Landform) had called Matt Moore to let him know the tragic news, we are completely heartbroken. Matt was a charming, lovely, kind 24-year-old lad, he was a junior foreman at Landform on a very upward career path, he represented his country in the world finals for UK Skills, built two RHS Chelsea gardens for us as lead foreman and built Rhi’s Hampton Court garden earlier this year. He was one of the best talents I have ever seen, and I am totally devastated at the waste and tragic loss. Matt would have gone on to be something super special, an industry leader, I was loving watching him grow and develop at such a pace.”

Lisa Wilkinson, editor of Pro Landscaper commented: “It was such a shock to hear of the tragic loss of Matt Bradley this weekend, to be taken when on such an upward career path is truly devastating. The world of landscaping is worse off for having lost such a bright young career driven person who was already making a name for himself in the industry. Our thoughts and prayers are with Matt’s family and girlfriend Rhiannon Williams at this terrible time.” 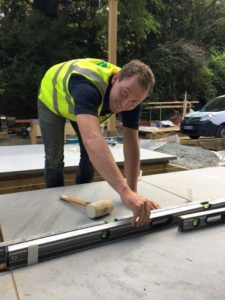 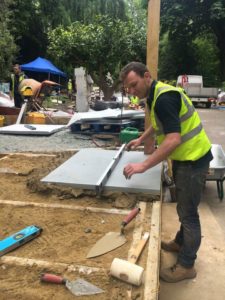