With the phenomenal success of Pro Landscaper’s 30 Under 30: The Next Generation over the last few years, we realised and appreciated that the horticulture sector also has an abundance of very successful, inspirational and experienced people that have been working within it for many years, and who are still guiding the progression of the industry today.

With this in mind, Pro Landscaper was interested to find out who the wider industry believed where influencing and shaping the UK’s landscaping industry. To undertake this research, we contacted around 200 well known people within the sector, these being landscapers and garden designers who have won RHS medals or industry awards, leading suppliers or those who are known to commentate on the sector. The votes were counted an adjudicated and the results came in…

We would like to thank all participants and winners for their input, we hope you found our research to be a fascinating and insightful record of those people guiding the industry into the future.

He was instrumental in setting up the Homebase Garden Academy in 2013 and became an RHS Ambassador for Education and Community Gardens in 2014.

In 2017, he launched The Adam Frost Garden School, which offers courses from garden design to garden maintenance and hard landscaping.

Adam is president-elect of the Landscape Institute and is the author of Nature Play: Managing and Maintaining Playful Landscapes.

Alan Titchmarsh began as an apprentice gardener at his local nursery, before continuing full-time training at horticultural college and the Royal Botanic Gardens, Kew.

Alan has been awarded the RHS’s Victoria Medal of Honour, the highest award the RHS can bestow.

Garden designer, lecturer and writer Andrew Wilson is a founding director of The London College of Garden Design (LCGD).

He is a Fellow and former chairman of the Society of Garden Designers (SGD). He has also served as the RHS’s Chair of Assessors for show gardens between 1994 and 2013. 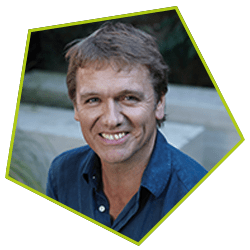 Andy has been involved in presenting a number of gardening programmes; since 2005 this has included the Chelsea Flower Show for the BBC. 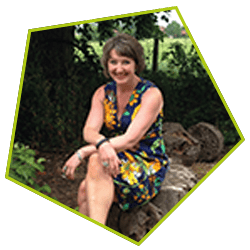 After studying Hard Landscapes and Garden Design at Capel Manor College, Ann-Marie Powell set up her garden design practice in 1999.

She has won Gold medals at RHS Hampton Court and Chelsea, as well as being a popular presenter on The Great Garden Challenge and the BBC’s RHS Chelsea 2016 coverage.

Ann-Marie is also a patron of Greenfingers, a charity dedicated to creating outdoor spaces for children who use hospices in the UK. 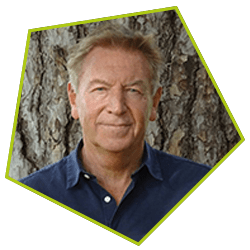 He teaches landscape design to students at the Royal Botanic Gardens, Kew, and is the author of The Minimalist Garden, which won the Garden Writers Guild Award for Book of the Year 1999/2000. 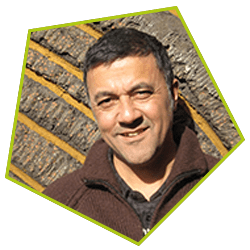 Running award-winning design studio based in South West London since 1990 Cleve West is a decorated designer and author of: Our Plot, celebrating a decade of nurturing an allotment in nearby Bushy Park.

Cleve is a member of the SGD and has eight RHS Gold medals to his name, including Best in Show at RHS Chelsea in 2011 and 2012. 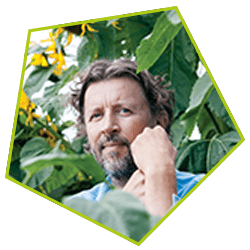 Dan Pearson gained student scholarships in Spain and the Himalayas and spent two years working at the Jerusalem and Edinburgh Botanic Gardens respectively.

His career as a garden and landscape designer in 1987 and was one of the earliest contemporary practitioners of naturalistic perennial planting in the UK. In 2012, Dan was elected a Royal Designer for Industry (RDI). 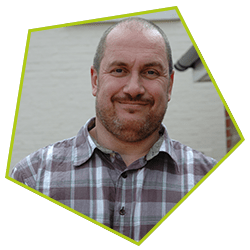 In 1995 David founded The Outdoor Room and has taught garden design and construction at Merrist Wood, as well as lecturing at Inchbald School of Design and The London College of Garden Design.

After being elected as a director on the BALI National Board, he co-founded GoLandscape, the initiative helping to inspire young people into the industry. 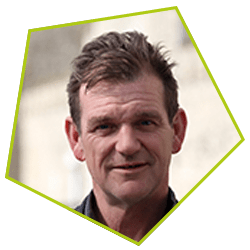 Dusty is also the co-author, with John Little, of the Small-scale Green Roof Guide, designed to meet the needs of DIY enthusiasts, builders and landscaper contractors who want to build green roofs. 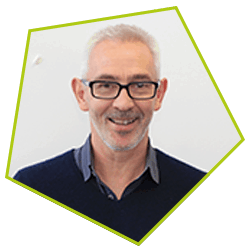 Head of Department of Landscape, University of Sheffield

Professor of Horticultural Ecology in the Department of Landscape Architecture at the University of Sheffield, James Hitchmough works as a design and management consultant on a range of landscape projects. 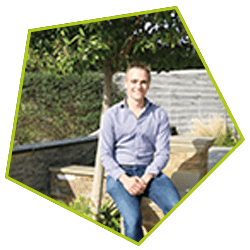 Since the age of 16, Jamie has been making a name for himself in the industry, becoming a finalist in BBC3’s Young Gardener of the Year. He graduated from RHS Wisley with a diploma in Practical Horticulture, achieving a Distinction. 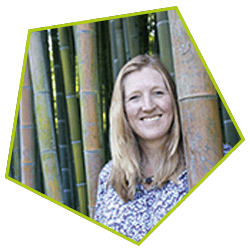 Award-winning landscape designer and horticulturist Janine Pattison trained with English Heritage at Eltham Palace in London, and at Kingston Maurward College in Dorchester. 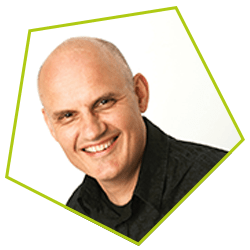 With more than 25 years of experience after graduating with a Landscape Architecture degree from Manchester Metropolitan University, John formed Bowles & Wyer with Chris Bowles in 1993. 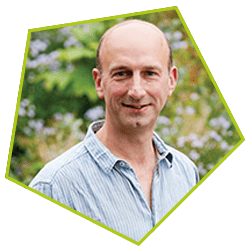 Director of impact, Department of Landscape, University of Sheffield

Promoting urban environments rich in vegetation and nature is central to Nigel’s teaching and research. Together with James Hitchmough, Nigel has been active in design and consultancy, including his work on London’s Queen Elizabeth Olympic Park, where he was the principal horticultural and planting design consultant. Nigel has staged show gardens at RHS Chelsea, winning a Gold medal in 2013. 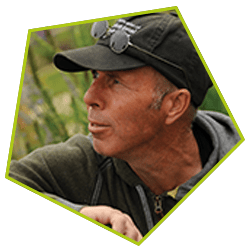 After he had gained an OND in nursery stock production in 1986 at Pershore, Phil transferred his skills through growing nursery stock, pot plants and bedding, garden centre sales, nursery stock sales management and landscaping.

Phil’s role as general manager for the APL is to support members, assist in inspections and complaints, and to set up and facilitate local meetings and seminars. 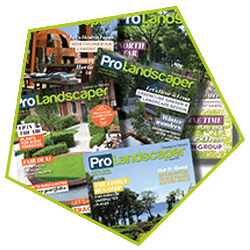 Conceived in 2011, Pro Landscaper is an unrivalled part of the landscaping community. Pro Landscaper magazine and digital content is immersed in the industry that it represents and professionally orchestrated.

The team is also behind a number of hugely successful events, including FutureScape, ScotHort and Pro Landscaper Live, and is launching the Pro Landscaper Business Awards this year. 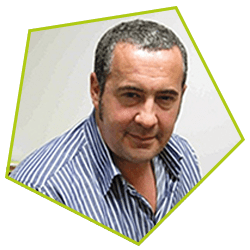 He has preserved the ethos of the company that John Melmoe developed over its preceding 30 years; he plans to build on the maintenance side of the business and continue to train individuals. 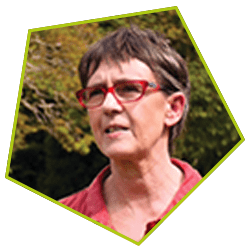 Sarah Eberle qualified and became a member of the Landscape Institute in 1980; she has since been practising landscape architecture and garden design via her own business.

Sarah is a highly respected RHS show garden designer, having won nine Gold medals, including Best in Show at Chelsea in 2007, and the George Cook award for innovation twice at Hampton Court. 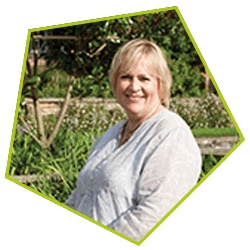 Director general of the RHS since 2010, Sue Biggs has aided the charity to increase the reach of its community gardening campaigns, increased its membership to almost half a million people, restructured its management, and embarked on a £160m investment programme on the future of horticulture.

Earlier this year, Sue was appointed CBE in the New Year Honours, in recognition of her services to the environment and horticulture. 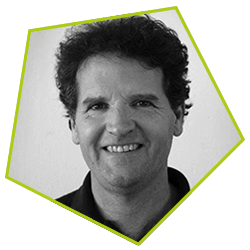 Setting up his own practice in 1998, Tom’s work includes the two-hectare garden around the Bicentenary Glasshouse at RHS Wisley. He has designed eight Gold medal-winning gardens at RHS Chelsea, including three that were named Best in Show. 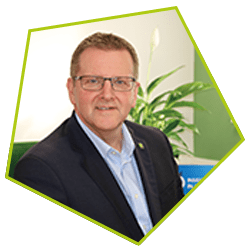 Joining BALI in 2011 as its chief operations officer, Wayne was promoted to chief executive in 2015.

As CEO now, Wayne’s role is to manage and develop BALI into the trade association of choice for the nation’s landscape professionals, delivering exceptional business, technical and promotional support for members. 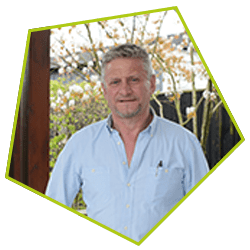 Industry professionals across the country voted for who they believed to be the most influential people within the landscaping sector. The top 24 were recognised with a place on the Pro Landscaper Most Influential list, and leading vote-getter Mark Gregory of Landform Consultants was crowned as the overall winner.

Dedicating his life to his work and the wider landscaping community with activity in both education and nurturing young talent, Mark is renowned for his exceptional standards and extensive list of industry accolades. A greatly deserving winner, and rightfully recognised by his peers, Mark is continuing to prove his exemplary workmanship as Landform rack up two Gold Medals at this year’s RHS Chelsea Flower Show.

Back to top button
Close
Close