Neil Armstrong may have made a giant leap forward for mankind when he landed on the moon more than 40 years ago, but scientists at NASA’s Ames Research Center in California are looking out for plantkind. The Lunar Plant Growth Habitat project is hoping to put some basil, flowers and turnips on the moon in late 2015.

“We are constructing a small technology demonstration unit to study germination of plants in lunar gravity and radiation on the moon,” said NASA in a statement on the project’s website. “This will be the first life-sciences experiment on another world.”

NASA is planning to hitch a ride to the moon with one of the private spacecraft companies currently competing for Google’s Lunar X Prize. The competition is awarding more than $40 million in prize money to any company that can successfully land on the moon.

NASA originally said that it was looking to partner with Moon Express, one of the companies competing for the Lunar X Prize. But Moon Express CEO Bob Richards has said that deal isn’t set in stone. “Because it’s a NASA payload, any organization with the recognized commitment and ability to reach the lunar surface will have a chance to fly the ‘LP-X’ Lunar Plant experiment,” he said in a statement. “But, of course, we hope it flies with Moon Express first.”

The lunar garden won’t resemble your backyard flowerbed or the planters hanging on your windowsill.

When the garden lands on the moon, it will automatically trigger a small reservoir to squirt water on nutrient-rich filter paper. The dissolved nutrients will trickle down to the seeds, prompting the seeds to start growing. NASA will photograph the seeds’ progress to see what happens to the plants as they grow with less gravity and increased radiation.

In addition to the goal of an ever-so-slightly greener moon, NASA is also looking to make this an educational opportunity. The agency also has plans to send replica habitats to schools across the USA so that the experiment can be repeated in the classroom. 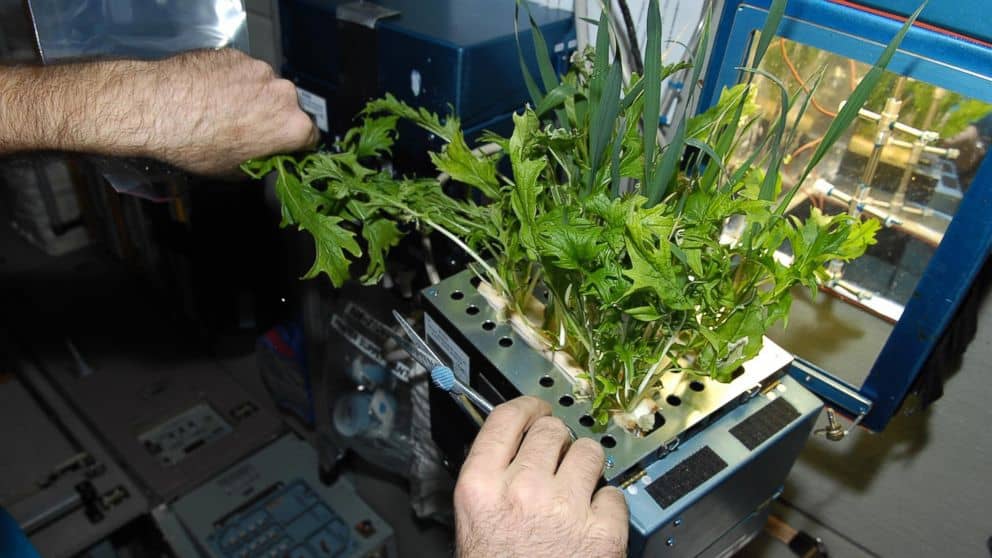