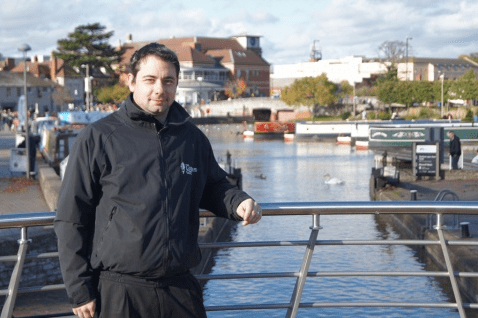 The Landscape Group team in Stratford-on-Avon has been joined by new Contract Manager Adam Lewis. Adam has been promoted from the Group’s East Staffordshire Borough Council contract where he worked as Contract Supervisor, overseeing the many varied tasks on the ESBC contract and for a separate contract with Trent and Dove Housing.  East Staffordshire Borough is a high specification area incorporating four Green Flag parks and a number of top award-winning Heart of England in Bloom towns.

“I am very pleased that Adam has joined the team at Stratford-on-Avon.   Adam has worked his way through from being an operative to a manager and his personable attitude makes him a well-liked member of the team. Adam has shown an excellent eye for detail in his previous role with his fantastic knowledge of horticulture evidenced in the triple Gold awards achieved in East Staffordshire this year.   His career route so far has enabled him to gain a complete understanding of operations from the ground up, which will be invaluable in the high profile Stratford-on-Avon district.”

“We are looking forward to working with Adam. First impressions we have had have been very positive and his enthusiasm and commitment will certainly help us to meet the challenges and make the best of the opportunities that lie ahead.”

“I’m very excited to have this opportunity to lead the Stratford team in delivering a high quality grounds maintenance service and building a strong working relationship with Stratford-on-Avon District Council. I have been here for a month now and having gained an understanding of the needs of the district, I have a number of plans to improve the service throughout Stratford and the surrounding area. There are a number of initiatives on this contract that are new for the area such as the introduction of Park Wardens and I look forward to seeing what we can achieve for the district both in the short and long-term.”