The Royal Botanic Gardens, Kew is pleased to announce the appointment of Mr Tim Hughes as Head of Kew’s School of Horticulture. Tim will be moving from his role at the helm of the Royal Horticultural Society’s education programmes, and will bring his significant experience and understanding of the horticultural education and training sector to the role at Kew.

Kew has been training young horticulturists for over 150 years. Its School of Horticulture has been delivering the highly-regarded three-year Kew Diploma in Horticulture since 1963, together with apprenticeships, internships and other training courses. The Kew Diploma has given well known gardening identities and experts such as Alan Titchmarsh, Alys Folwer, Dan Pearson and Matthew Biggs a start in horticulture, and graduates occupy key roles in major public and private gardens around the globe.

Richard Barley, Director of Horticulture, at Kew says, “We look forward to warmly welcoming Tim Hughes as the new Head of the School of Horticulture, when he takes up the role in early January 2015.

“This is a very exciting chapter for Kew’s School of Horticulture. Our investment in the future generations of horticulturists is essential to meet the needs for professional and practical skills  in this field.  The applied science of horticulture has never been more important, not only in terms of garden-making, curation and development, but also for food security, environmental management and conservation of threatened species.”

For more information about Kew’s School of Horticulture courses:  http://www.kew.org/learn/specialist-training/horticulture-courses 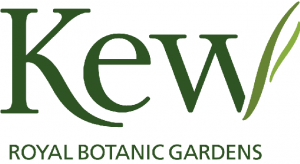