Investigation reveals Leicester, Bristol and Sheffield top the charts as most successful cities for tradespeople.

According to new data, three in four (77%) trades businesses across the UK survive beyond two years, on average. But a new investigation by Confused.com reveals that some cities in the UK have a better chance of thriving.
Confused.com’s investigation revealed that landscape gardeners have an average survival rate of 87%. With the top five locations being Sheffield (100%), Leicester (100%), Bristol (100%), Birmingham (92%) and Leeds (90%). It also reported an average day rate of £145 with an average profit margin of £110.23.
The investigation also reported the average money landscape gardeners spent on daily running costs and potential marketing activity. It showed £14.29 on bus stop ad’s, £3.9 on van insurance, £0.1624 on petrol cost per mile amongst other costs. Looking at the number of competing business across regions in the UK, London has the highest at 111 whilist Cardiff is the lowest at 23.
Interestingly it also showed that van insurance varies by trade, even between similar work – landscape gardeners pay £1,424 a year on average (the highest insurance cost), while other gardeners pay only £1,392. Comparatively, Trades with the cheapest van insurance include painter and decorators (£870) and double-glazing installers (£889).
Click here to view the full report. 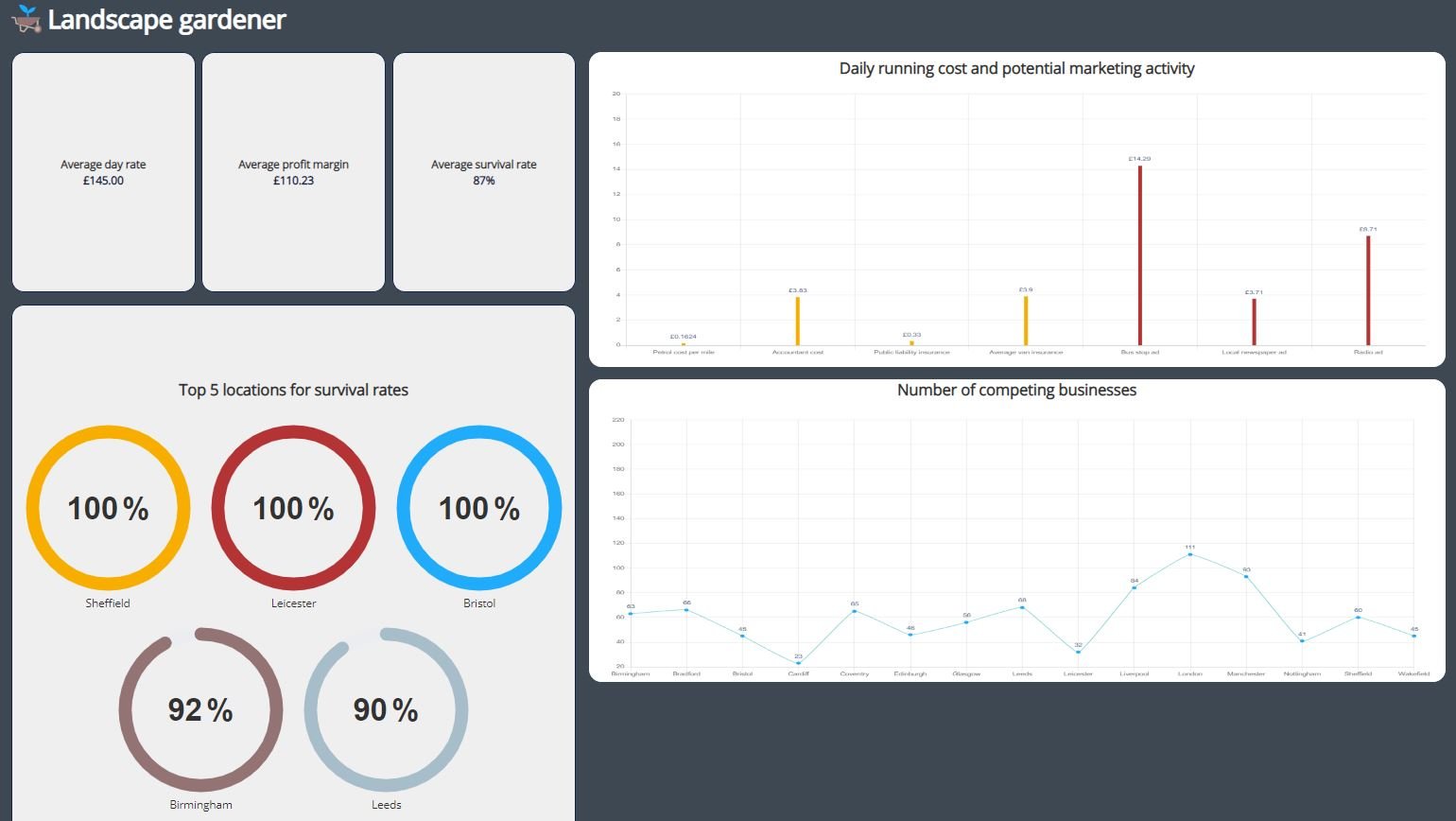