Leading national green services provider Glendale has appointed three new managers and made four promotions as it looks to capitalise on its expansion plans in the South East.

Neal Harper has joined Glendale as the new machinery manager for the region, from agricultural machinery dealer Haynes Agricultural where he held the position of service manager. Neal will be based at Glendale’s Tilgate Forest Golf Centre in Crawley and will oversee the management and maintenance of over £4.8m worth of machinery.

Chris Underwood, with 11 years of industry experience, has been appointed as Glendale’s manager of London Borough of Hillingdon’s arboriculture contract. He joins the business from the position of manager and lead climber with his own company Underwood Tree Care, which he ran for six years.

Phil Hyatt joins Glendale as contract manager for the Surrey Arboriculture contract, bringing with him experience in utility arboriculture and working across military and defence sites. Previously Phil held the role of lead climber at his own company, Treemendous Outdoor Services.

Glendale has also made four internal promotions as part of its expansion in the South East. George Potts has been promoted from supervisor to contract manager of its grounds maintenance contract with Watford Housing Trust.

Rob Procner has been promoted to contract manager of Glendale’s contract with Surrey Health Borough Council, after joining the company as contract supervisor from ISS Landscapes.

Chris Mills has been promoted to the new general manager of Civic Trees, Glendale’s specialist semi-mature tree division. Previously he was the contract manager for the arboriculture contract with Surrey County Council for just under 2 years.  Chris has been working in the arboriculture industry for 11 years.

The appointments come as Glendale’s portfolio continues to grow within the region, including a £1.3m arboriculture contract win with Harrow Borough Council, which will see more than 1,800 new trees being planted in the area. Last month the company achieved double gold medal wins at the annual South and South East in Bloom Awards.

Adrian Wickham, regional director for the South East at Glendale, said: “The new appointments and promotions form part of our overall objectives for growing our business in the area. All new colleagues are highly experienced professionals and will be great assets to the team in the South East.”

“We’ll continue to deliver a highly successful service in this region with our objective of being the partner of choice for many of our clients – an aim which has been reflected in our recent contract win with Harrow Borough Council, along with the award wins at the South and South East in Bloom Awards.” 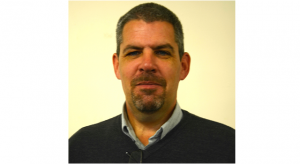