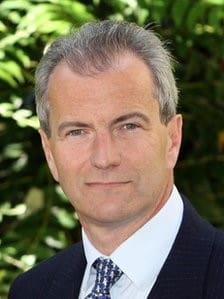 Milne, 54, is currently chief executive of the Scottish Wildlife Trust, a post he has had since 2004.

He has also been director of Sir Harold Hillier Gardens, Hampshire, for four years and a Royal Marines officer for 20 years.

Sir Muir Russell, chairman of RBGE board of trustees, said: “I am delighted to have someone of Simon’s calibre joining us to continue the excellent work done by Steve Blackmore.

“Simon is familiar with many of the issues facing us, particularly our hot topics of conservation and biodiversity, and we will benefit hugely from his extensive experience in senior leadership roles.

“I very much look forward to working with him in the future.”

Mr Milne said: “The role of Regius Keeper at the Royal Botanic Garden Edinburgh offers me an opportunity to return to the remarkable world of plants.

“I am looking forward with relish to new challenges and the opportunity to play a crucial role in developing appreciation, education, knowledge and conservation of the plant kingdom.”

Mr Milne will take up his post in February.