The intricate £6m project was Maylim’s first ever entry at the BALI National Landscape Awards, and the One Tower Bridge project walked away with the association’s Principal Award for Hard Landscaping Construction over £1.5m. Maylim also won the coveted Grand Award, as the project was announced as the overall winner across all other Principal Award winning schemes.

Maylim’s remit included 4,000m² of hard landscaping to the ground floor podium. This comprised of a complex installation of a drainage attenuation system and full pavement build-ups as well as the design. The company undertook the supply and installation of bespoke granite paving, an interactive clock water feature, granite clad water features and planters. Maylim was also responsible for the instaillation of street furniture, sculptures and a mixture of trees selected from the Lorenz von Ehren Nursery in Germany.

Their remit extended to the Potters Fields Park. Extending over 3,000m², this section of the project included extensive groundworks, 50t of linear granite benching, 2000m² of resin bound gravel, mature trees and a sub-surface drainage system.

The 1,000m² first floor residents’ garden included three water features, along with large planters, all of which were granite clad. An attenuation system, 35 mature trees and 250 linear metres of instant hedging made up the remainder of this segment of the project.

Scotscape Landscaping was contracted to assist with the extensive soft landscaping work for the resident’s first floor part of the project.

When asked about some of the challenges faced in the project’s construction, Liam Hawkins, Maylim’s contracts manager for the project, tells Pro Landscaper: “The main ‘type M’ paving mix used on Duchess Walk is made up of six different sized stones in six assorted colours. This meant that for each square metre, Maylim’s skilled pavers were working out of 36 different crates.”

Work commenced on the project whilst new residents had moved into the development, meaning that extra care had to be taken to avoid disruption, including stringent health and safety regulations.

Access to the first floor residents’ garden was logistically challenging, with materials such as soil and trees weighing several tonnes having to be loaded up via a tele handler or crane.

Liam tells us: “High levels of interface were very challenging due to heavy public footfall, as well as other stakeholders such as MORE London, City of London, Potters Fields Trust and Southwark Council.”

Many of the construction phases were within close vicinity to other existing public realms. As One Tower Bridge is in a high profile and sensitive area, in close proximity to the Mayor of London’s office and popular tourist attraction Tower Bridge, teams had to work with great efficiency and consideration for the surrounding environment. 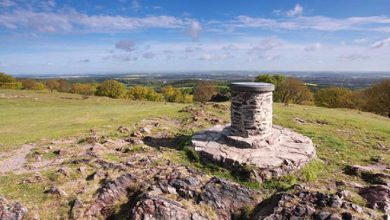