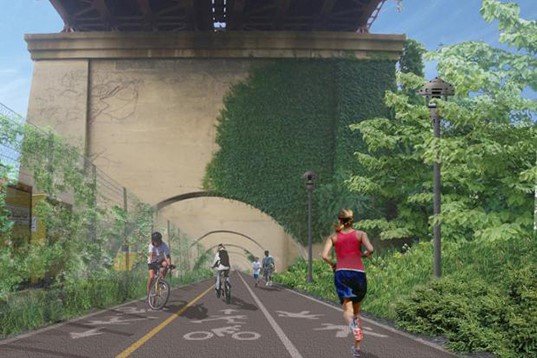 Uptown nature lovers will soon be able to enjoy a pedestrian pathway connecting Randall’s Islandto the Bronx. The New York City Economic Development Corporation is planning to open the quarter-mile bike and pedestrian walkway, called the Randall’s Island Connector, by 2015. Although there are two pathways leading to the island already, the walkway is part of a larger project that will create a link with the South Bronx Greenway, effectively making it one giant, green connecting path.

The planned pathway, first announced in 2006 by Mayor Michael Bloomberg, will be located at 132nd Street on the South Bronx side. Runners using the Randall’s Island Connector will pass underneath an existing Amtrak trestle whilst they look out over a creek called the Bronx Kill. Hopefully this new addition will draw more attention to Randall’s Island and make it a venue for even more events like the Governor’s Ball and the Frieze Art Fair. 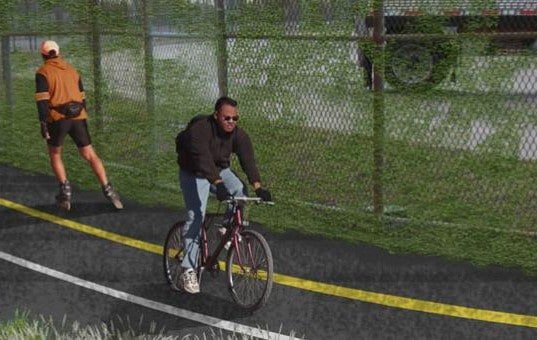 Bronx residents can already cross over to the island via the Triborough Bridge or the pedestrian bridge extending from Manhattan on 103rd Street. However, the new walkway is part of a $48 million South Bronx Greenway plan to connect residents with the waterfront.

“The Randall’s Island Connector will provide South Bronx residents and visitors with new opportunities on the waterfront and bring them closer to the many amenities offered on Randall’s Island,” Ian Fried, an EDC spokesman, said in a statement.