Following the success of the 175th anniversary celebrations at The Roof Gardens in January 2014, Perennial, the UK’s only charity dedicated to supporting all horticulturists in times of need, is hosting a Party for Perennial on 15th January 2015 and reviving one of the earliest traditions of the Gardeners’ Royal Benevolent Society.

The event has been timed to give horticulturists an opportunity to get together with friends and colleagues and could be used as an alternative Christmas Party early in the New Year. Speaking about the charity’s decision to host a fundraising event at The Roof Gardens, Anita Bates, Director of Marketing and Development at Perennial, said; “Guests attending our anniversary event earlier in the year from across the UK horticulture industry told us how valuable it was to get together in what is one of the few quiet periods in their calendar.

They were able to network and plan partnerships for the year ahead. The Roof Gardens in Kensington have been hugely supportive of Perennial over the past 12 months and we’re delighted to be able to use the venue again to host what is going to be a much bigger event.” She continues, “We’re proud that our 175th anniversary year has enabled us to reinstate a Perennial fundraising tradition from over 100 years ago. We hope the event will become an annual fixture in the horticulture trade calendar and that trade support for the only charity dedicated to helping all horticulturists continues to go from strength to strength.” Perennial hopes to raise over £10,000 on the night to give an early boost to HortAid 2015. All funds raised will help support UK horticulturists, retired and of working age, and their families, who come to Perennial for help.

The charity offers a wide range of advisory and financial help for problems ranging from debt (Perennial has a bespoke debt advice service), relationship breakdown, mental health issues, bereavement, injury or illness. In 2013 Perennial provided more than £1.4 million worth of direct financial help, and the charity expects that figure to rise in 2014 due to increased awareness of the charity’s work during its 175th anniversary.

Over three-­‐quarters of all new clients are people of working age, employed in the UK horticulture industry. Perennial’s support can often be the difference between someone staying within horticulture, or leaving the industry. As the only charity NEWS RELEASE that supports all UK horticulturists, Perennial makes a massive difference to people’s lives and the industry as a whole. [Case studies available on request or see Success Stories.] Tickets for the Party for Perennial (15 January 2015 from 7.30pm) are available now priced at £45 each (group booking offer of buy nine and get one free). Guests will be greeted with a complimentary glass of champagne followed by buffet-­‐style bowl food, prepared by the award winning Roof Gardens team.

The event will feature live music and a raffle to raise money for HortAid 2015. Each guest will be invited to complete a Perennial Pledge Leaf in exchange for another complimentary drink at the bar. Visit www.perennial.org.uk/party or call 0800 093 8792 for details and to purchase tickets. 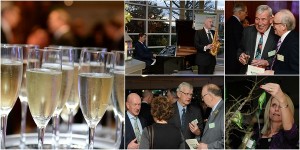