The Brickell Award recognises excellence in cultivated plant conservation and has been awarded to a different National Plant Collection Holder every year since 2003. Named after Plant Heritage’s founding member and current Vice-President Chris Brickell, it also celebrates the extensive and ongoing commitment, passion and research of National Plant Collection Holders.

This year, Margaret and David MacLennan’s National Plant Collection has been celebrated as ‘an outstanding example of bringing together a comprehensive collection, used to increase our knowledge and understanding of the genus’, according to the judging panel.

Their collection, located in Carlisle, Cumbria, is believed to be the largest systematic and publicly accessible collection in the UK with over 2,000 taxa. The MacLennan’s will be presented their Brickell Award by John Grimshaw, Director at The Yorkshire Arboretum at RHS Hampton Court Palace Garden Festival on Monday 4th July.

Margaret & David MacLennan, winners of the Brickell Award 2022 said: “We are honoured to have been awarded the Brickell Award. It recognises the hard work and dedication given into carefully growing and nurturing our collection over the past 15 years. We are very grateful for the strong moral support we have received from Plant Heritage, in particular the Essex group for their encouragement when we first started our collection, and now from our friends in the North West group. Galanthus has always been a passion, so not only do we feel privileged to be custodians of this special genus but proud to win such a prestigious award for it too.”

The overall winner of Plant Heritage’s Threatened Plant of the Year 2022 competition will also be crowned at RHS Hampton Court Palace Garden Festival on 4th July, where they will receive a winner’s certificate, an engraved vase and a special plant label. All shortlisted plants – or images of – will be on display for visitors to admire, and a public vote will run on Plant Heritage’s website throughout the show week too.

Plant Heritage will also be running their popular seed shop throughout show week, which can be found at PH235. The Plant Heritage zone will celebrate a new Cosmos National Plant Collection by Jonathan Sheppard which has sustainability at its heart; Marwood Hill Garden’s Astilbe collection which won the Brickell Award 2020 and is displaying at Hampton for the first time; Passiflora (passion flowers) by Tynings Climbers; Hemerocallis (day lilies) by Paul Harris, Jonathan Hogarth’s mini Hostas which won a Silver Gilt at RHS Chelsea Flower Show, Rubus by Barry Clarke; and the 14 National Plant Collections from Sir Harold Hillier Gardens.

To find out more about Plant Heritage, how to become a National Plant Collection Holder, Plant Guardian or member, visit www.plantheritage.org.uk

And for anyone who doesn’t have time or space to start their own collection, you can always sponsor the National Plant Collections instead! 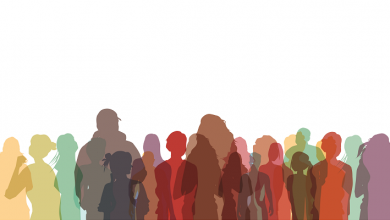