During 2014, Quadron worked with many of its local authority clients and their communities to mark the centenary of the start of the First World War and remember those who fought and lost their lives in the conflict.

In Wycombe, a poppy design formed one of the focal points of this year’s flower bedding.  The display, which included Ajuga reptans ’Chocolate chip’, Echevaria Glauca, Alternanthera, Herniaria Glabra and Sempervivum supplied in a peat-free growing medium, received much praise, including this compliment from Cllr Mrs Lesley Clarke OBE, Chairman of Wycombe District Council: “I wanted to record my thanks and appreciation for the beautiful poppy flower bed in the Old Library Gardens.  It really is quite magnificent and a fitting tribute to commemorate the 100th anniversary of World War One.”

The poppy bedding theme continued at Teignbridge District Council’s Courtenay Park in Newton Abbot, with a commemorative roundel.  Situated opposite the railway station, this bold display is one of the first features seen by visitors to the town.

Meanwhile, in Queen’s Park, Loughborough, the summer bedding was enhanced by three pieces of artwork in honour of those who gave their lives during the First World War. Amelia Seren Roberts, a student of Fine Arts at Loughborough University’s School of Arts designed the sculptures, which were commissioned by Charnwood Borough Council and sponsored by Quadron.

Each of the three steel sculptures represents a stage of mourning – denial, anger and the acceptance of loss – and the Quadron team co-ordinated the bedding around each sculpture, using colours reflecting the emotion that each piece represents.

Elsewhere, Quadron worked with local residents to help them create their own unique tributes.  In July, Quadron joined residents from Gridwood Road and Skeena Hill in Wandsworth to create several new communal flowerbeds on verges and around trees.   Groups of volunteers of all ages from the local community set to work preparing the soil and sowing thousands of poppy seeds.  Later in the year they were rewarded with a number of bright displays around the neighbourhood, which provided a beautiful splash of colour, and was a fitting way for residents to mark the anniversary of the start of the First World War.

Annette Derry, the local resident who first contacted Quadron’s client, Wandsworth Borough Council, to suggest planting the commemorative poppies, said, “I really thank the Council and Quadron for their support in allowing us to contribute to this commemoration for my Great Uncle and all the others who died in the Great War.”

Quadron’s Wandsworth Contract manager, Simon Jones, added, “This was a great opportunity to work with the residents’ association and show the respect we have for the people who lost their lives during this campaign.”

In Furnival Gardens, Quadron created a poppy Garden of Remembrance on behalf of the London Borough of Hammersmith & Fulham.  The garden featured in a day long commemorative event on 20 September organised by Fulham resident Ray Champion, which included talks about World War One and performance from the Royal Yeomanry Band.

Young people in Birmingham were also keen to show their respect for those who served in the First World War.  Earlier this year, children from St Alban’s Roman Catholic Primary School joined Quadron, Birmingham City Council’s Bereavement Services, the Friends of Brandwood End Cemetery and the Lord Mayor to create a formal hawthorn hedge around a Commonwealth War Graves Commission burial site within Brandwood End Cemetery.  There are over 200 war graves in the cemetery and the children planted the hawthorn whips, which were donated by Veolia Environmental Services, with dignity and reverence.

Quadron is proud to have been able to join its clients and communities in paying tribute to those who fought and lost their lives in the First World War and subsequent conflicts. 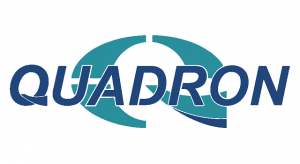