A Plymouth pear tree, one of Britain’s rarest plants, has been given to the Queen to plant in the grounds of Buckingham Palace 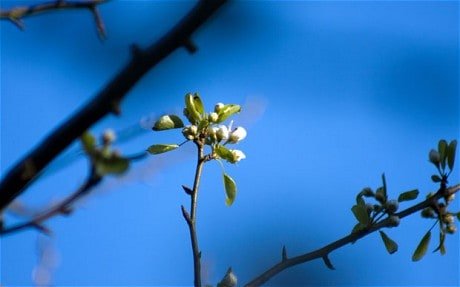 A Plymouth pear tree, one of Britain’s rarest native plants, has been given to the Queen to plant in the gardens of Buckingham Palace.

According to a report in local newspaper The Plymouth Herald, Mr Watson has nurtured the tree in his garden in Estover for over 20 years.

After writing to the Queen to offer the tree, Mr Watson received a letter from Edward Young, the deputy private secretary to the Queen, confirming that she would be “pleased to accept this thoughtful gift”. The private secretary added that it would hopefully be planted in the grounds of Buckingham Palace.

Mr Watson told the newspaper: “The tree is lovely to look at and I’m so happy it will now be in the gardens of Buckingham Palace.

“I wanted to think of something that would be suitable as a present, I didn’t really think it would be accepted but I’m really pleased.”

The Plymouth pear tree, Pyrus cordata, is found growing wild in just two places in Britain, Plymouth and near Truro in Cornwall. It is smaller than most pear trees and usually grows in hedgerows or on the edge of woodland.

The first specimen was discovered in Plymouth in 1870, but because its rarely bears fruit and its seeds are mostly infertile, the species has struggled to thrive. It is the only tree species given special protection under Schedule 8 of the Wildlife and Countryside Act 1981, which was designed to protect rare species in England and Wales.

Plymouth councillor Brian Vincent told the Telegraph: “It is rather nice to think that in some corner of Buckingham Palace gardens there will be a part that will be forever Plymouth.”