For the first time in its 108-year history, the RHS Chelsea Flower Show will take place in the autumn and we are delighted to be part of what promises to be a unique event. We are working with Robert Myers on a show garden that was originally intended to mark the bicentenary of the birth of Florence Nightingale in 2020 and to celebrate the importance of nursing in the 21st century. The irony that a worldwide pandemic should be the reason a garden celebrating the founder of modern-day nursing was cancelled in 2020 is not lost on us. Having progressed so far with the development of this garden in the last year, we are now delighted to have the opportunity to finally bring it to the Chelsea showground. It’s going to be a very special garden this year.

Our sponsor is the Burdett Trust for Nursing and we’ll be creating ‘an imagined courtyard garden for a new hospital’. Robert’s concept has been inspired by Florence Nightingale’s pioneering views on nursing and the garden will feature several cleverly conceived ideas that celebrate her life and work. For instance, a reflecting pool in the garden will reference her insights into drainage and cleanliness, while plants will symbolise both her own pressed flower ©Dawn Sterry/Pexels collection and plants with strong medicinal properties that were used in the 19th century. Elsewhere in the garden, Robert has included images of Florence on etched ‘windows’ while echoes of her handwriting will appear to be inscribed onto the perimeter walls.

The centrepiece of the garden, and one of the biggest challenges of the project, is a huge timber pergola. At 60ft it will stretch the length of the garden and enclose it on three sides to suggest the courtyard. To create the structure, we’ll be using cross-laminated timber (CLT), an engineered wood that has become known as the ‘concrete of the future’ due to its potential as an eco-friendly alternative to traditional building materials. It is used a lot by architects in the building industry but is the first time that we’ve worked with the material. We think it’s a ‘first’ for RHS Chelsea too, as we can’t recall anything of this scale built in CLT featured at the show before – more on this next month! 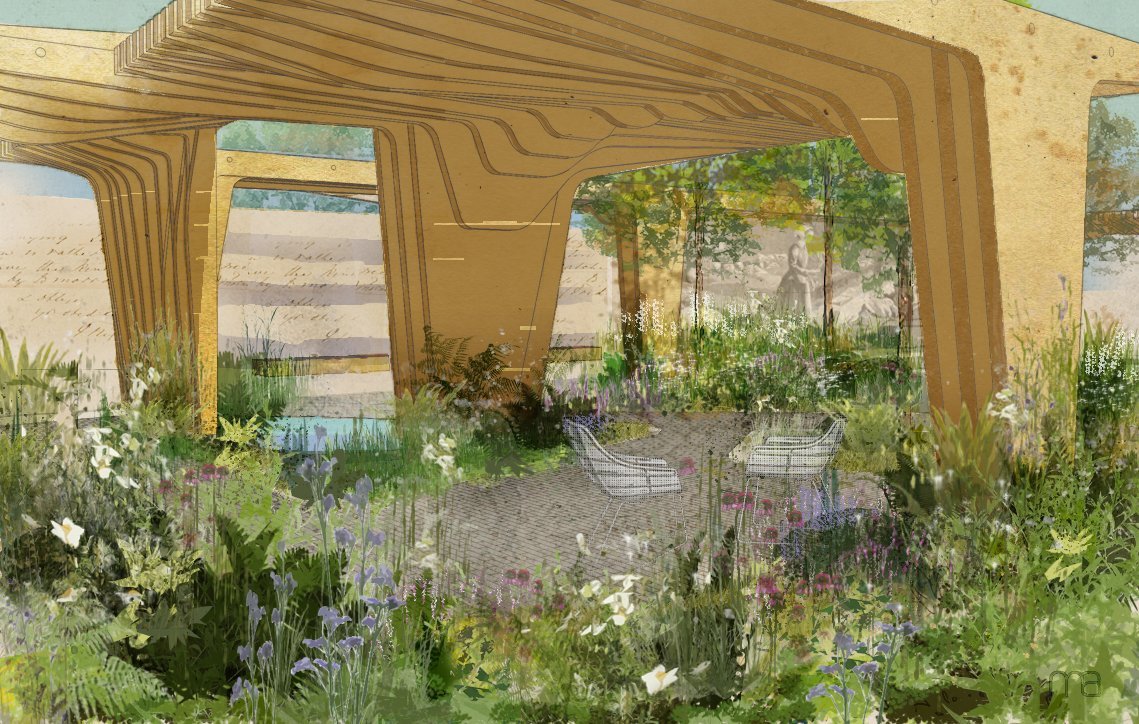