Charity launches competition to find horticultural talent of the future 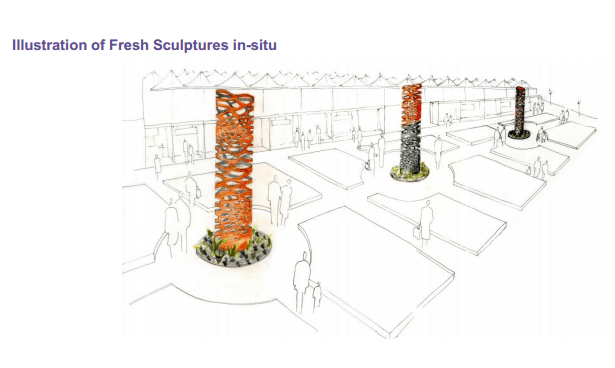 For the first time ever, the Royal Horticultural Society (RHS) is giving three up and coming horticulturists a once in a lifetime opportunity to create a display at this year’s RHS Chelsea Flower Show, sponsored by M&G Investments (21 – 25 May 2013). Three chosen finalists will be given £1,000 to design, plan and stage a display in the Fresh area and will be mentored by RHS Chelsea Best Show Garden designer, Sarah Eberle.

The RHS Chelsea Flower Show is the world’s greatest showcase for horticultural excellence and has been displaying innovation in gardening since the show began in 1913.

A new ‘Fresh’ area of the show was introduced last year to great success. It consists of cutting-edge gardens and trade stands offering unusual and inventive products, with three sculptural towers in the centre.

The three chosen finalists will get to put their mark on these iconic sculptures by creating displays which are horticultural in nature to surround and enhance them. The competition is open to students who are currently enrolled on a full or part-time course in any aspect of horticulture, or graduates who have completed their studies no earlier than July 2011. Closing date for entries is Sunday 24 March 2013.

Anita Foy, Acting Head of Show Development, RHS Chelsea Flower Show, said: “Encouraging new talent is fundamental to the future of the horticultural industry, and something which the RHS is committed to. This competition will give three, lucky new-comers a very special opportunity to work with and learn from some of the world’s best plantsmen and designers and I’m excited to see what ideas they bring to the show.”

For more information on the Fresh Talent competition and to apply click here, or email [email protected]