The palace has announced that Her Majesty Queen Elizabeth II died peacefully yesterday at the age of 96. The UK’s longest serving monarch reigned for 70 years. She passed away peacefully at her Balmoral, her Scottish estate. The throne has been passed immediately to her son, King Charles III.

“Her Majesty became Patron of the Society on accession to the throne in 1952. From an early age, The Queen regularly accompanied her parents to RHS Chelsea Flower Show, visiting the show more than 50 times during her reign, and always took great pleasure in touring the gardens and plant displays and speaking with exhibitors. The Queen also visited RHS Garden Wisley. In 1978, accompanied by HRH Duke of Edinburgh, Prince Philip, Her Majesty planted a beech tree in the Jubilee Arboretum and in 2007, planted a Chinese dogwood ‘Wisley Queen’ while opening The Glasshouse built to honour the bicentenary of the RHS.

“Her Majesty understood the importance of gardening and there can be no doubt that The Queen and HRH Prince Philip enjoyed the peace and privacy of their gardens at Sandringham, Norfolk, Balmoral, Aberdeenshire, and at Buckingham Palace, but they also enjoyed the gardens as a venue for summer garden parties; it is said that no one knew the gardens of Buckingham Palace better than The Queen.

“Her Majesty’s support has always been a great source of strength to the RHS and we were delighted that The Queen was able to visit this year’s RHS Chelsea Flower Show. Her Majesty will be greatly missed and our thoughts are with the Royal Family, to whom we send our deepest condolences at this sad time.

“We were extremely grateful and proud to have Her Majesty Queen Elizabeth II as our Patron and we are immensely saddened by the news today.” 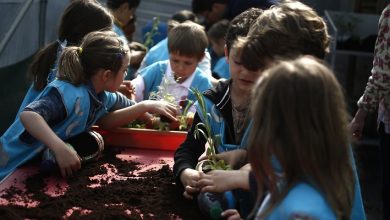