As work continues to clear the site of this year’s Royal Horticultural Society (RHS) Chelsea Flower Show, the RHS and the Royal Hospital Chelsea are delighted to announce that they have signed a new contract to ensure that RHS Chelsea remains on the eleven acre site at the Royal Hospital for the next ten years, starting from 2015. 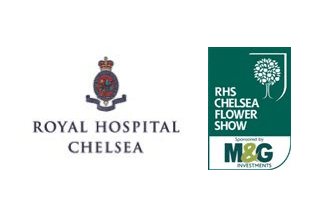 Speaking on behalf of the Royal Hospital the Lieutenant Governor, Major General Peter Currie, said “After a century of hosting the Chelsea Flower Show it has become almost part of the DNA of the Royal Hospital, and we are therefore delighted the future of the world’s leading horticultural show at our home is secure. This old place is not only a most appropriate setting, but the income we gain from the Show is critical to our charitable objectives: caring for the Chelsea Pensioners and maintaining this great set of buildings”.

Speaking on behalf of the Royal Horticultural Society, the Director General, Sue Biggs, said “The RHS Chelsea Flower Show is the pinnacle of gardening, showcasing the very best in horticulture. The world’s best designers, growers and exhibitors, all go to great lengths to deliver the world’s best and most celebrated gardening show, which is also a fantastic platform for us to highlight our own charitable work. It wouldn’t be the RHS Chelsea Flower Show without the Royal Hospital and we are delighted that in the show’s 101st year we can continue to call this historic site its home.”