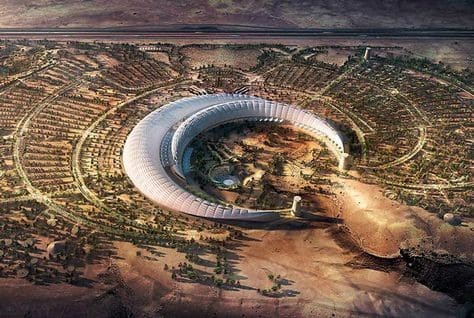 Saudi Arabia is set to lay the foundation stone for the King Abdullah International Gardens (KAIG) in Riyadh this week, with plans for the facility set to include the world’s largest botanical gardens, it was reported.

Minister of Municipal and Rural Affairs Prince Mansour Bin Miteb will perform the ceremony on Thursday at the site, which will be 2.5m square metres in size and will be one of the largest environment projects in the world, the Saudi Press Agency (SPA) reported.

The plans include two separate elements: a covered section and an open area. The covered facility, which will be the largest of its kind in the world, will include two giant botanical gardens which will be five times bigger than the world’s largest geodesic domes at the Eden Project in the UK, the Saudi Gazette reported.

The outdoor area will include an open museum for plants, seeds bank and rocky garden, while the plans will also include research institutes, retail and hospitality outlets and a theatre, it added.

The project will focus on local plant life in the Arabian Peninsula and is designed to appeal to families and tourists.

Construction is already underway, with the levelling of the site and fencing works already completed.