A garden showcasing the Caribbean culture of North Kensington is set to appear at the RHS Chelsea Flower Show next year, providing it can achieve sponsorship.

Not-for-profit Grow2Know is hoping to design and build a show garden which embodies Caribbean culture and diversity in the area of west London where two of its directors have both lived and where the Grenfell Tower fire took place. The team is currently looking for a sponsor, though, to confirm its place at the world-renowned show, which will be taking place from 18-23 May 2021. 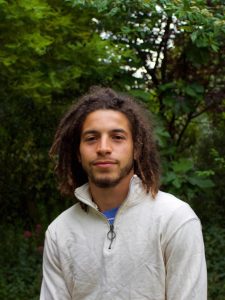 Founder Tayshan Hayden-Smith, a semi-professional footballer, set up Grow2Know after engaging the community around Grenfell with greening up a local space. Tayshan – with fellow directors Ali Yellop, an agriculturist, and TV personality Danny Clarke, also known as ‘The Instant Gardener’ and ‘The Black Gardener’ – now aims to green up a number of spaces across the city and to make the horticultural industry more diverse and inclusive. The Mangrove Garden – named after The Mangrove, a Caribbean restaurant in Notting Hill which closed following continuous police aggravation– will delve into the history of the community of North Kensington and engage local school children in the process.

“We’ve put a really strong team together,” says Tayshan. “We’ve been working with Cleve West, who has been really supportive. Cleve’s an amazing addition to this project and I couldn’t speak more highly of him; as a garden designer he’s been so insightful, but also as a person he’s been such a lovely guy to work with.

“Myself, Danny and Ali are all of Jamaican heritage, which is something that’s really close to our hearts, and Ali and I have both lived in North Kensington. The garden is something we’re really keen to do and we feel really positive about it; it’s all about the community, culture and the roots of North Kensington.

“It’s my first time engaging with Chelsea Flower Show; I lived just 10 minutes down the road, and I didn’t really know what it was until this year, and I don’t think that’s by accident. What Grow2Know is really passionate about is collaborating and opening the doors for people that would otherwise be unengaged and not part of the horticultural industry and events. The shows are really important but would be even more important if they reached out to wider community. The RHS has been really engaged and facilitating in this process, so it’s looking really positive.”

If you’re interested in sponsoring the garden, please get in touch with Grow2Know via [email protected]