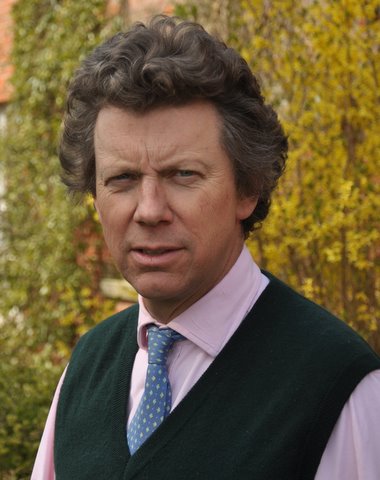 Sir Nicholas says: “I have been involved with the RHS for many years and the charity’s breadth of work never fails to impress and inspire me. I’m delighted to become President of an organisation bursting with enthusiasm and expertise to bring out the gardener in all of us.

“I believe the RHS must continue to take bold steps to raise the profile of Horticulture and why it matters, especially with many British nurseries struggling after another year of challenging weather and with increasingly aggressive European competition. Our campaign to support the industry to attract young people into Horticulture remains vital to fill a critical skills gap.

“The UK is increasingly threatened by issues such as the growing number of pests and diseases from abroad, weather patterns and associated drought and flooding and also declining numbers of pollinating insects, particularly bees. The role people, especially gardeners, and garden plants can play in reducing these and other threats must not be underestimated.  RHS scientific research and sharing our knowledge to empower gardeners to make a positive difference is more important today than ever.

“We are about to embark on some of the most exciting projects in the RHS’ history through a major investment programme. It will be a privilege to be President to help deliver these and continue the outstanding work Elizabeth Banks has achieved over the last three years.

“Engaging with the RHS takes you on a journey where you never stop learning, where there is always something to see or do and where you realise simple actions can do a great deal of good and cause a lot of happiness. I hope more people will be moved to support this charity and gain from all it can offer.”

Sir Nicholas is passionate about growing plants and, at his own garden at Raveningham Hall in Norfolk, runs an apprenticeship scheme for gardeners and initiatives to help teach children about plants. Sir Nicholas’ career has combined managing his estate and wider property interests with extensive experience in the not for profit sector.

The election of Alastair (Sandy) Muirhead as Treasurer of the RHS was also confirmed at the Annual General Meeting at RHS Garden Wisley, in Surrey, on 25 June 2013.

Sandy has been involved with the RHS for 16 years, initially joining the Herbaceous Plant Committee in 1997. He has been a member of Council since 2007. In Sandy’s professional career he has been an accountant, corporate financier and Investor. He brings to the RHS the experience of assisting a wide range of organisations in their commercial strategies and governance and control structures.