Andrew Wilson FSGD and Amanda Patton MSGD have taken the two most prestigious awards at the Society of Garden Designers (SGD) annual awards ceremony, receiving the Grand Award and Judges Awards respectively in front of an audience of over 300 guests.

The accolades were presented at a ceremony in London where 18 awards were announced including recognition for community garden projects, international schemes, excellence in public and commercial outdoor space and a special a lifetime achievement award.

Andrew Wilson’s contemporary garden in Hertfordshire was the most applauded project at the ceremony. It was named best Large Residential Garden and took the People’s Choice Award as well as the coveted Grand Award. The judges called it ‘a garden full of surprises’ and praised the ‘serene composition’ and the ‘exciting and challenging planting combinations’ when describing the wide variety of contexts from fantastic borders to ecologically-driven wetlands.

The Judges Award was given to Amanda Patton MSGD, for a private garden in Somerset, a project that the judges felt most successfully achieved one of the central foundations of good design – a sense of place. The garden, which also took the award for best Medium Residential Garden, was described by the judges as “A simple idea expertly integrated into its surroundings.” On presenting the award, judge Richard Sneesby said: “the beautiful planting, creative use of traditional materials and craftsmanship, and an intelligent judicious nod to the 21st Century, remind us of where we are now and where we have come from.”

The SGD Awards is the only awards scheme in the UK dedicated to rewarding outstanding achievement in the garden and landscape design profession.

Juliet Sargeant MSGD, Chair of the Society of Garden Designers said: “With more designers entering, more awards to give and more friends and colleagues to celebrate with, the annual SGD Awards has gone from strength to strength. Members of the Society of Garden Designers undertake every kind of exterior project that you could imagine; their mission is to enhance landscape for the good of everyone in society, whilst delivering excellent service to owners of individual gardens. The wider objective of improving outside space for everyone is recognised in one of our four new Awards categories, the ‘Designing for Community Space Award’ which we were pleased to see go to two outstanding neighbourhood gardens. The SGD Awards has burst onto the landscaping scene and I am tremendously proud of the excellent standard of entries received and the exciting showcase it has become.”

Other awards went to Charlotte Rowe MSGD for Garden Lighting, John Wyer FSGD for Public or Communal Outdoor Space and to Sally Court FSGD who took the International Award for a project in Russia which the judges described as a “sophisticated and accomplished piece of design that is the essence of an English garden.”

The Society’s Student Award, which was judged by Sarah Eberle MSGD and Tom Stuart-Smith MSGD, was granted to Nick Morton, while the Future Designer Award, which was presented by Joe Swift MSGD, went to Jo Thompson.

Other special awards given on the night included The John Brookes Lifetime Achievement Award – a lifetime achievement Award, named after one of the Society’s Life Members and granted to an individual who has made an outstanding contribution to the landscape and garden design profession. The Award, which is gifted by the Society of Garden Designers Council members, was given to the leading garden and landscape photographer, Andrew Lawson.

Juliet Sargeant MSGD, Chair of the SGD said: “The Council of the Society of Garden Designers was unanimous in its eagerness to Award the John Brookes Lifetime Achievement Award to Andrew Lawson this year. Through his beautiful work, Andrew has not only highlighted the achievements of many garden designers over the years, but he has also inspired a generation to greatness in their designs. When I see one of Andrew’s photographs, I take a deep breath, and allow my eyes to feast on the colours, light and forms; stresses drain away and I am grateful to be working with landscape and plants.  We all felt he was a very worthy recipient of the Award.” 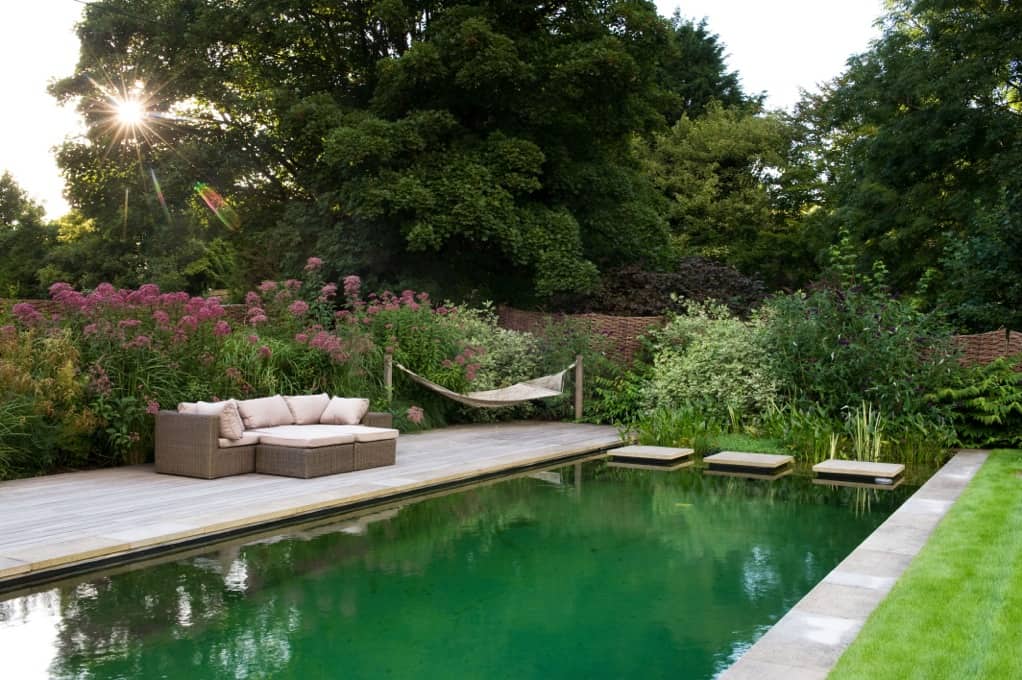