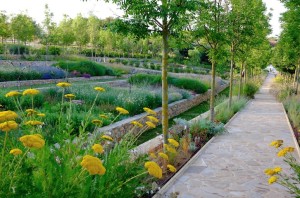 James Basson MSGD and John Moreland FSGD have taken the two most prestigious awards at the Society of Garden Designers’ fourth annual awards ceremony, receiving the Grand Award and Judges’ Award respectively in front of an audience of almost 400 guests.

The accolades were presented at a ceremony in London where 19 awards were announced including recognition for community garden projects, international schemes, excellence in public and commercial outdoor space and a special lifetime achievement award.

The Grand Award, the most celebrated award of the evening, went to James Basson MSGD for Le Canebiers (pictured above)  – a new French garden deeply rooted in Provençale culture and the Bastides.  Majestic in scale and ambition and with a great sense of place the judges had no hesitation in awarding Les Canebiers The Grand Award.  The panel remarked on the ‘beautifully simple, geometric layout’ and the use of ‘light, airy planting and strong architectural forms.’ The garden was also named best International Garden and won the Planting Design Award for its ‘sophisticated and harmonious planting and subtle use of topography.’

There was a unanimous decision to give John Moreland FSGD’s garden for Newton House (picture below) the Judges Award as an almost faultless example of traditional values.   The judges said: the impressive garden conceived from scratch was a  ‘very beautiful transformation with a fantastic sense of place, excellent scale and proportion and a design that sits effortlessly in the countryside setting”. 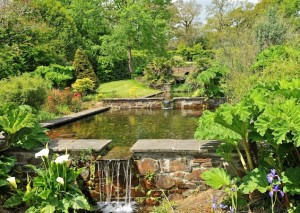 Arabella Lennox-Boyd MSGD took the Historic Garden Restoration Award for the garden at Eaton Hall, which the judges felt was arguably one of the most important garden restoration projects in the UK in recent years.  Developed over 24 years, it includes 88-acres of gardens and a 9-acre lake. The judges called the project a “masterclass in design and planting” and remarked on the “exhaustive historical research” saying the result was “traditional, contemporary, ecological and practical in equal measures and provided a legacy for future generations”.

Emily Erlam, a newcomer to The SGD Awards, was granted two accolades. She received the Small Budget Garden Award for a garden for a beach house converted from an old marine testing station (pictured below) that the judges described as ‘thoughtful, naturalistic and fun’.  She was also named one of the two ‘Future Designers’ for a modern country garden concept that the judges called ‘skillful and confident.’ She shares the title with joint winner David Loy.

Other awards won on the night included: John Wyer FSGD in the Public or Commercial Outdoor Space category; Juliet Sargeant MSGD in the Hardscape category; Stuart Craine MSGD in the Pocket Garden category; Joanna Midwinter in the Paper Landscapes category and Joe Swift MSGD who won the People’s Choice Award – the only award in the competition determined by public vote.  The Designing for Community Space Award, which is granted to a community project, went to the Braehead Community Garden in Scotland.

“Commenting on The SGD Awards, Philippa O’Brien MSGD, Chair of the SGD said: “The quality of the work submitted this year has been simply stunning and covers a huge range in projects. I am so pleased that the Society has this opportunity to showcase our members’ work.” 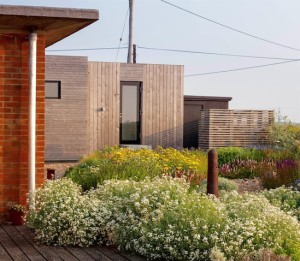 The SGD Student Awards
This year the Society introduced two new Student Awards covering domestic and commercial design. Both hotly contest titles were scooped by, rising star Tom Massey for his conceptual designs for France Farm and the Cassell Hospital Ecotherapy Garden respectively.  The judges said Tom was ‘a clear winner in both categories’ who demonstrated a sensitive use of historical landscape and a confident and sophisticated approach to the handling of the space’. They described his projects as as ‘good, honest design that was conceptually interesting and well laid out’ and remarked on his competent handling of complex scales and architectural styles.

The John Brookes Lifetime Achievement Award
Other special awards given on the night included The John Brookes Lifetime Achievement Award – an award, named after one of the Society’s Life Members and granted to an individual who has made an outstanding contribution to the landscape and garden design profession. The Award, which is gifted by the Council of the Society of Garden Designers, was given to designer, author and teacher Robin Williams FSGD.

The SGD Council said: “As a founder member of the SGD, Robin Williams has spearheaded and actively supported ground-breaking work within the Society of Garden Designers to ensure that the Landscape Design is taught and implemented to the highest possible standards and professionalism.  His design work, which exemplifies this classic attention to detail, has been most generously and humbly shared with students, mentees and members alike.  He communicates these timeless qualities of good design in his written works and in the many gardens that have stood the test of time and still delight today.”
wwww.sgdawards.com 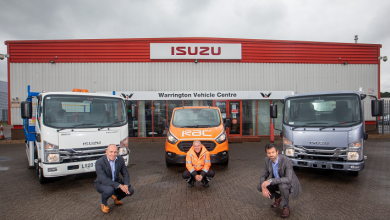 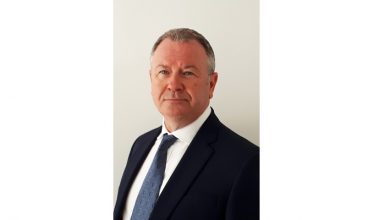 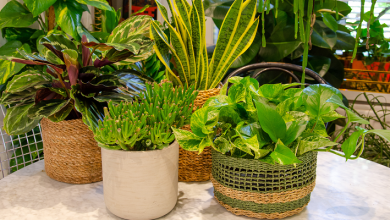