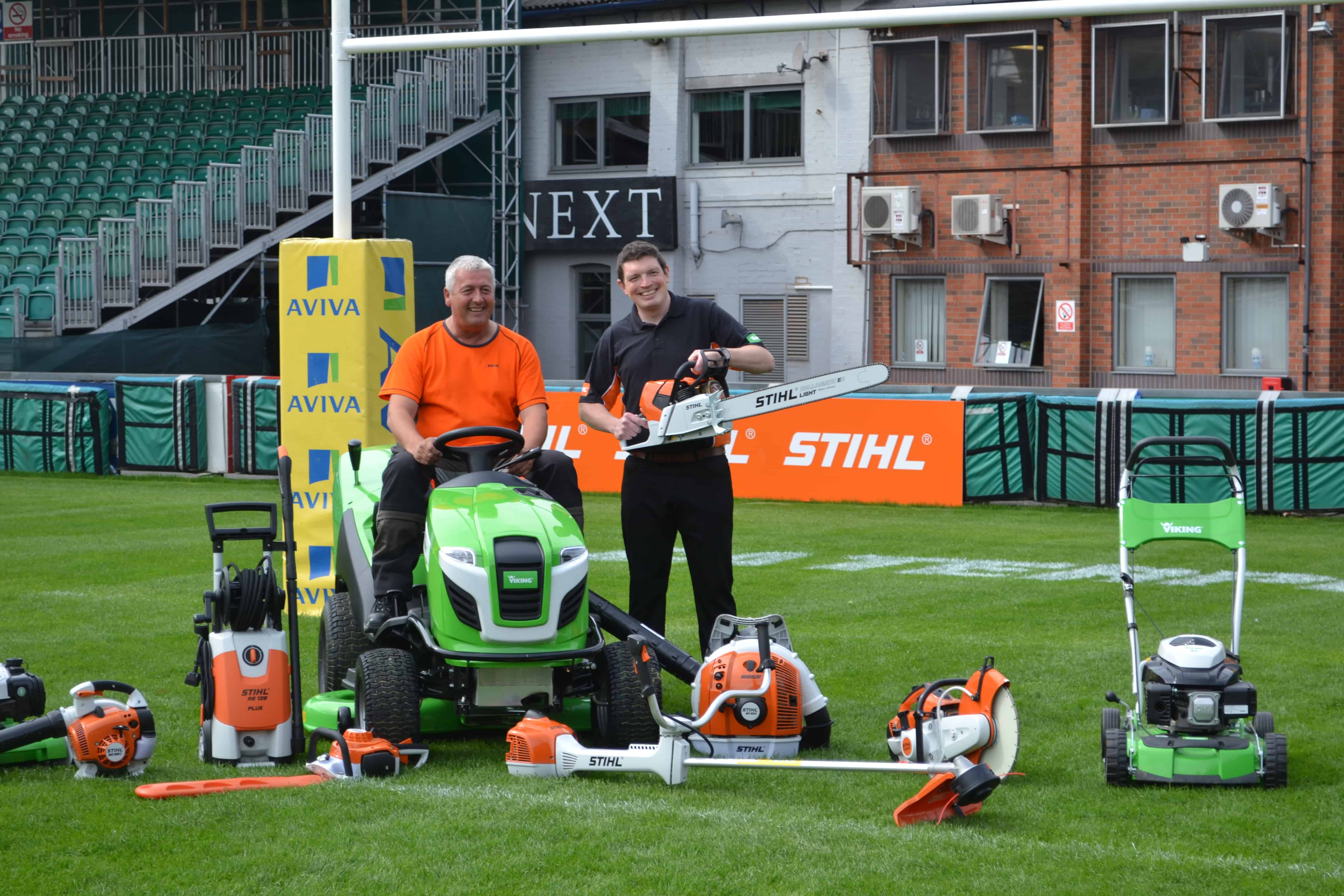 On Thursday August 28, STIHL staff and local dealers gathered at the Leicester Tigers Rugby Club’s Welford Road Stadium to announce the major outdoor power tool company’s signing as an Official Sponsor, for a three-year deal. One of our Reporters, Alex, travelled up to Leicester to find out about the announcement, and to see what the new sponsorship meant for both the Club, and STIHL as a company.

The Leicester Tigers are among the biggest clubs in European Rugby, and will now have an extra roar behind them thanks to the multiple strands of the STIHL sponsorship.

Part of the sponsorship includes STIHL becoming the Club’s official garden power tool supplier, with its products being used by Head Groundsman Steve Packwood to maintain the pitch and training grounds. When Alex asked for his thoughts on the new sponsorship, Steve said ‘it’s great for the club, STIHL are supplying us with anything we need to maintain the grounds, which is a big bonus for me as a groundsman’.

Commenting on the sponsorship, STIHL GB Head of Marketing, Simon Hewitt said: “Leicester Tigers are highly respected and considered one of England’s most successful clubs. Their success comes from an enduring commitment to excellence and teamwork plus a serious focus on performance. That makes them a perfect match for our own brand as we share those same values both in our business practice and ultimately in our tools.”

STIHL dealers are also getting behind the sponsorship, as a selection of local ones attended the press day on Thursday, and even participated in a photo shoot with the players anda line-up of STIHL tools.

After the photoshoot on the pitch, the delegates were led to a set up for the Single Buck Saw challenge, led by former Timbersports British Champion Spike Milton, who briefed the players before setting them off in a competition where the Tiger teammates were pitted against one another to see who could saw the quickest.

The winner was Samoan loosehead prop, Aniseko Sio with a time of 40.90 seconds, although all the the top players from a leading UK rugby club seemed worn out after completing the challenge!

The general consensus and overall feeling from STIHL’s official sponsorship announcement was very positive, and to us it is clear that they are excited for their time associated with the Leicester Tigers. 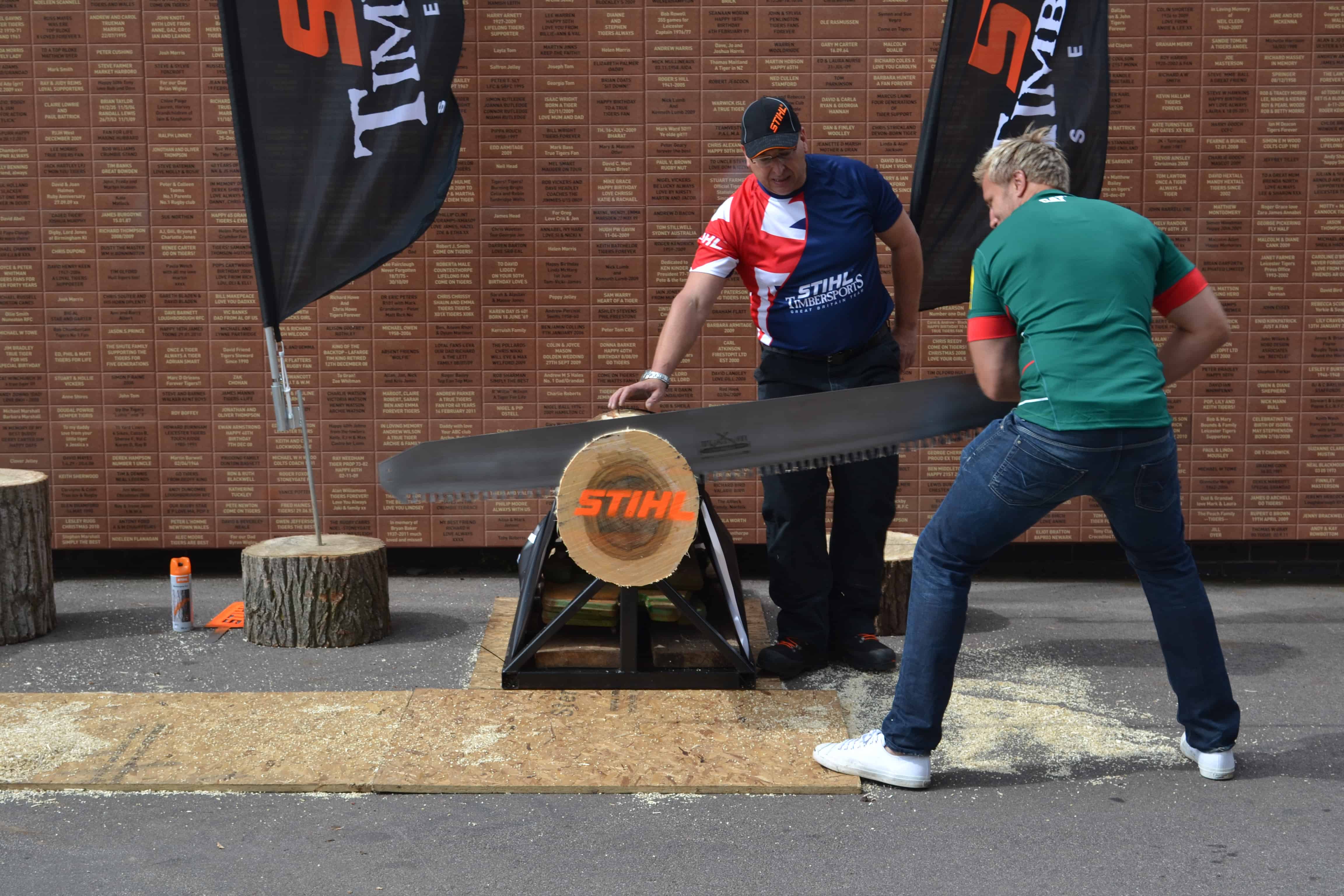