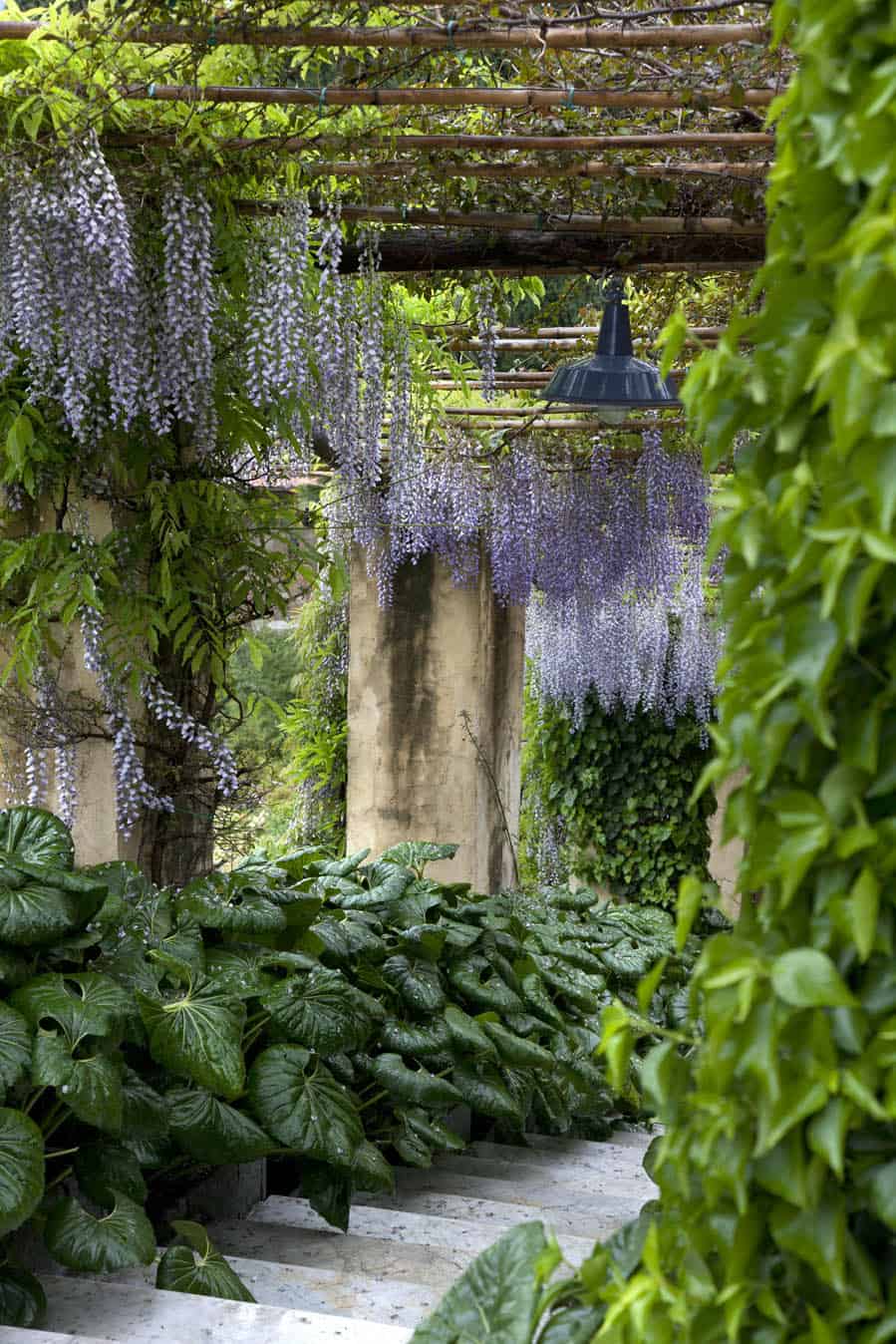 “…one of the wonders of the Riviera…”

From Saturday 29 March the gardens of Villa della Pergola at Alassio on the Ponente Ligurian Riviera are open to the public. They enjoy incomparable views that take in the whole of thegulf ofAlassio and the island and Gallinara, withCorsica visible in the distance.

The villa itself was built at the end of the nineteenth century and is a rare example of the English garden in Italy, closely associated with the British community that chose this stretch of the Riviera as its preferred holiday destination.

In 2012, after six years of careful restoration work overseen by the landscape gardener Paolo Pejrone, the 22,000 square metres of Garden were finally returned to their original splendour, sitting in harmony with their surrounding Mediterranean vegetation and rare plants and exotic flora, which in 1903 inspired Edward Elgar to write his symphony “In the South (Alassio)”.

Every Saturday and Sunday from March to October, and on weekdays for groups, this little corner of paradise opens its gates for guided visits.

Mediterranean and tropical flora on the Riviera

The gardens offer a unique opportunity to walk amidst the typical Mediterranean vegetation of marine pines, carob trees, olive groves and holm-oaks that has been cleverly interspersed with  jacarandas and giant bird of paradise strelitzias from South Africa, eucalyptuses from Australia, bananas, all kinds of palms, aloes, agaves, Indian figs, cacti from every latitude, wisterias, tumbergias, spirea or meadowsweet, hydrangeas, oleanders, scented pelargoniums, lavender, bougainvillea, daturas, bignonias, solanum and jasmine.

The gardens host a number of botanical collections including the citrus trees and wisterias as well as a very important collection, unique in Europe in terms of quality and quantity, of more than 300 varieties of agapanthus.

The pergolas are a characteristic feature of the gardens, giving their name to the Villa and the Villino themselves architectural masterpieces of the late nineteenth century in their own right. Climbing over the pergolas are the splendid old roses of Rosa banksiae, the bougainvillea and many varieties of wisteria that form the unifying thread between the various levels of the grounds, snaking their way along the contours of the hill while leaving the view over the gulf of Alassio open to the gaze of guests.

The numerous fountains and rocky water gardens with pink water lilies that have been here since the times of the original British owners, to which have been added tropical blue water lilies. Ancient tanks also gather water for irrigation and above these great basins have been created for the cultivation of lotuses.

Wide paths with chippings or paving, such as that of the Sunshine promenade, and stone steps link the various terraces, including the panoramic terrace with the very tall Phoenix canariensis palms and that in front of the Villa with a eucalyptus that is over a hundred years old and the lawn terrace alongside the villa. 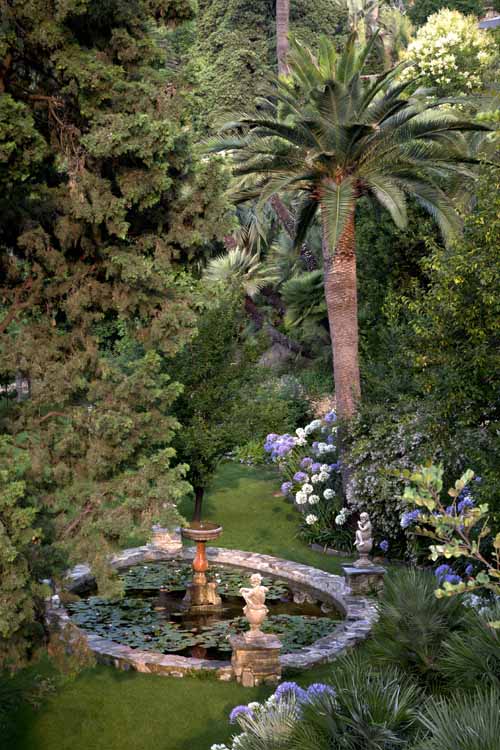 The garden was originally the idea of the Scottish General William Montagu Scott Mc Murdo, who created the earliest garden here in 1875. In the early years of the twentieth century the grounds and the Villa della Pergola passed into the hands of Virginia Woolf’s cousin Sir Walter Hamilton Dalrymple.

In 1922 the new owner Daniel Hanbury, second-born of Thomas, designer and owner the celebrated Hanbury gardens of La Mortola, Ventimiglia, began the work of developing the collections of plants in the grounds, drawing on the resources of the family’s own botanical gardens.

For a while the gardens were largely abandoned and so deteriorated. In 2006 a string of friends guided by Silvia and Antonio Ricci, always well aware of the story of these lands and eager to safeguard, protect and restore the landscape, purchased the property at auction to save it from the developers.

The restoration of the gardens

From 2006 to 2012 the gardens underwent major restoration work by the landscape gardener Paolo Pejrone. Thanks to the careful and conservative restoration works carried out with the greatest respect for the historical continuity and the vocation of the place itself, the gardens have retained the typical feel of those Victorian British gardens that have made them botanical marvels of the Ligurian Riviera and the Mediterranean as a whole.

Within the gardens nestle Villa della Pergola and the Villino which were also conservatively restored inside and out by the architect Ettore Mocchetti.

The villas have thus regained their old Victorian charm and the English colonial style to become refined relais wellness villas in which guests can stay in the months from March to October. There are thirteen suites in the Villa, Villino and Casa del Sole, each one different from the others and each dedicated to a Brit associated with the history of Alassio.

The gardens of the Villa della Pergola are part of a network of Italian gardens called “Grandi Giardini Italiani” (www.grandigiardini.it), winners of the Gran Premio Giardini 2013 for being the best maintained, well run and cared for in Italy.

The gardens are open with guided tours for visitors who book for dates from 29 March to the end of October on Saturdays and Sundays with tours from 9.30 to 11.30 and 3 until 5 pm.

Bookings can be made for groups for weekdays.

Guided visits can be carried out individually or in small groups, for a tour lasting around an hour and a half.

Most of the garden’s area are accessible to disabled persons. There are just a few areas that may be out of reach due to the lie of the land and the need to climb short flights of stone steps.

Entry tickets can be purchased on site and include the cost of a guided tour.

Free for children up to 6 when accompanied by an adult. School students: 6 euro.

Entry tickets can be booked in advance for groups that include Ligurian buffet and aperitifs at a cost of 20 euro per person.

All visitors are welcome to use the bar and the restaurant at the Villa della Pergola Historical Suites Relais.