The Fabian Society report Places to Be highlights green spaces as a crucial community ballasts, and calls for management of green spaces in such a way that empowers citizens and encourages democratic engagement.

Fabian Society, a political think tank, launched the report on Wednesday with a keynote speech from Maria Eagle and a panel discussion at Bush Theatre in London.

Places to Be states the importance of green spaces to communities, writing in the report’s summary:

“Our green spaces more than ever provide a crucial community ballast, where we can come together, build relationships and reverse society’s long-term journey towards individualism and isolation. These are places… where people walk their dogs, greet their neighbours, play with their children; they are where we go to take exercise or take time to reflect.

“Spending on parks is predicted to be reduced by 60% by 2020. So the next government is going to have to find ways of keeping our green, outdoor spaces open to all during an extended period of austerity.”

In the 32-page report, author Ed Wallis argues that there is an opportunity to manage our green space in such way that empowers citizens, bolsters people’s sense of place and encourages democratic engagement.

Dr Sid Sullivan of The Parks Alliance, the voice of UK parks, welcomes the report:

“It’s a very helpful and thoughtful report that takes the evidence and makes predictions about the impact on health and community cohesion if cuts continue unabated,” says Dr Sullivan.

“With an increasingly urban nation it makes the point, based on the evidence, that parks provide much needed open space for exercise, for families and the community in general to relax in so as to shake-off the impacts of the built environment, as well as for much needed climate mitigation. The Fabian Society is well respected, and I hope their view will command respect and attention from government.”

“It’s been an astonishing few weeks for parks and green infrastructure, with the release of the CLG Select Committee’s final 2010-2015 Parliament report, National Trust’s 10-year strategy, the HLF’s 12 Years in 12 Places, and now the Fabian Society’s Places to Be,” he says.

“All of these suggest that there is a vigorous debate around the management and maintenance of green spaces from all political parties. We look forward to having a really good discussion after the elections about where to take the parks agenda.” 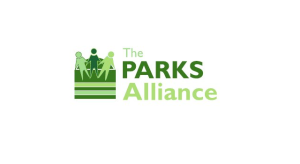