It’s a controversial topic, artificial grass – and one which has sparked two people within the industry to start their own campaign against its use, #TimeForTurf.

The origins of the campaign can be followed back to garden designer Charlotte Howard from Capability Charlotte, who admits that she has in the past used artificial grass within her own personal garden and has regretted the decision. Charlotte went on to say: “I work with nature, I see the damage that plastic grass does first hand”, adding that the artificial grass kills the soil beneath it. Paula Warman from Aura Landscapes and The Landscaper’s Circle joined the campaigned after Charlotte reached out about a past post by Aura Landscapes that involved artificial grass. Both are now active campaigners against the product and say they have a vast amount of research between them.

As their campaign grows, Charlotte and Paula are still working hard within their respective business. Charlotte has a new project starting soon which focuses on the restoration of a plastic garden to a wildflower garden, and Paula has launched a course called ‘From The Ground Up’ which focus on “helping people build their own garden design and landscaping businesses successfully – without artificial grass.” In addition to this, #TimeForTurf is collaborating with Plastic Rebellion which will result in some website campaign and protests.

Paula also runs the Limitless Landscapers podcast and welcomes those who would like to talk about the campaign or those who are in favour of artificial grass to contact her if they wish to discuss the topics on the podcast.

Will the campaign change minds or halt the growth of the artificial grass sector, or could suppliers start a campaign of their own? Only time will tell. 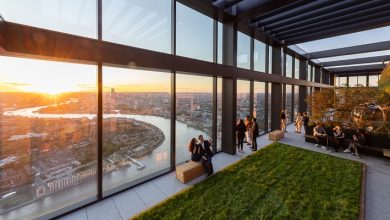