The value of parks and green estate in Birmingham, in terms of what they offer to all aspects of life in the city, has been calculated as £11billion.
An academic study, led by Birmingham City Council and the Consultancy for Environmental Economics & Policy, reached the conclusion – with the city council now looking at ways to unlock this potential to maximise the benefits for citizens and visitors.
In summary, the key findings of the report, entitled Birmingham Health Economic Assessment & Natural Capital Accounts: Revealing the True Value of Council-managed Parks and Green Estate, can be seen below.
Funding of £900,000 for the city, recently announced by National Trust and The National Lottery Heritage Fund, and MHCLG, from its ground-breaking Future Parks programme, will be used to shape delivery models for parks services to tap into the full value of such settings.
Cllr John O’Shea, Cabinet Member for Street Scene and Parks at Birmingham City Council said:
“Our parks and open spaces are great places and a jewel in our crown. They are loved by citizens and the many thousands of visitors they attract on a weekly basis.
“Conventional financial accounts only tell part of the story because external benefits provided by Natural Capital are not usually included. What this report does is methodically look at what value they bring from a health, well-being and economic perspective, with staggering positive conclusions.
“The creation and development of parks were hard fought for in the early years of Birmingham’s history as a city 130 years ago. Thanks to that determination and long-term vision we now have 591 parks and open spaces – more than any other European city. As the current generation of custodians, it is our duty to ensure their promise is fully realised.
“The study is a prompt to focus our efforts, working in partnership with community groups and citizens to achieve this. I am excited by what the future holds for our open spaces and look forward to working towards unlocking this potential.” 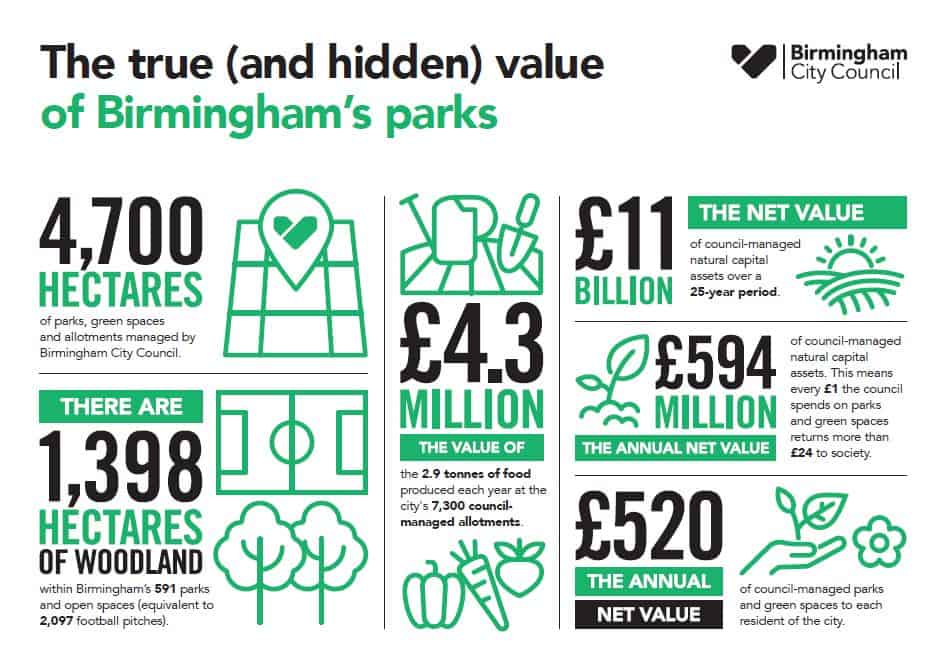 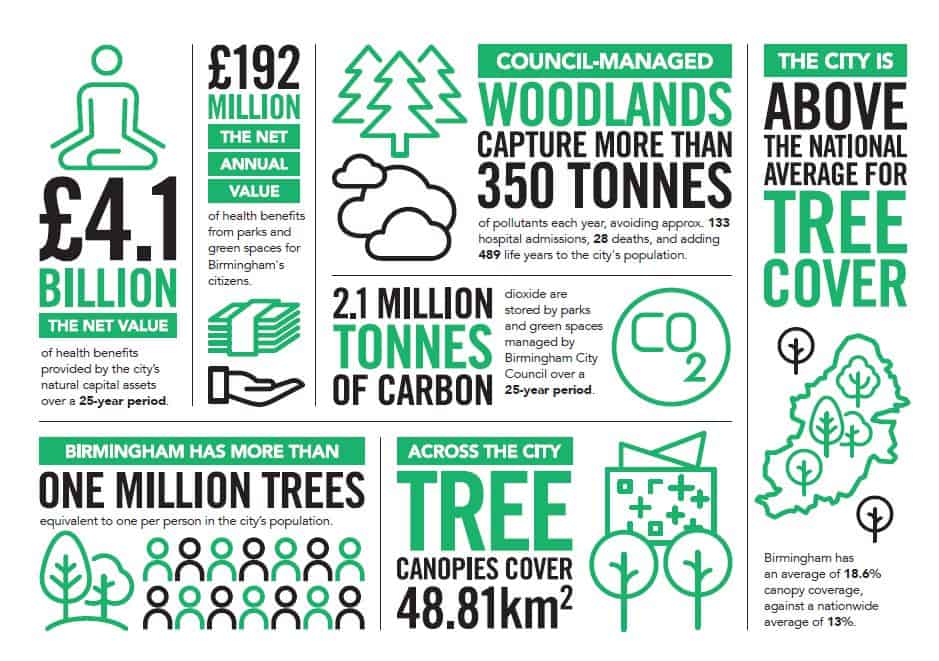