We had just shy of two weeks to build this garden, having learnt from my experience at Malvern I needed to get my plants in at least two day before judging to allow them to relax into position, we therefore only had 12 days to get the job done which would allow time to snag and tweak before judging.

The brief from the RHS was to show how a typical plot or part of a larger garden could be designed within a set budget.

I based my garden on one that I had looked at last year, the clients only had £3,000 to spend, so other than clearing the site and laying a small area of paving the rest of the garden was laid to lawn, at the time I thought I couldn’t do justice to the garden on that budget, so this was an opportunity to explore the possibilities further with the RHS’s money.

My clients are a young couple with contrasting tastes. They live in a Victorian terrace house, the garden of which is separated by a path that neighbours use to access the rear of their properties. They are a very sociable bunch and this path is a conduit along which daily interactions take place, a seating area at the front of the garden is required to sit and chat with neighbours…an unusual request. His needs are simple and amount to no more than a lawn, he’s not fussed about flowers but one thing he does want is somewhere secluded to escape to. She wants a garden to explore and enjoy pottering in, she is the gardener and being Italian wants a stylish look. Natural materials such as Oak, Stone and Rebar nod to the properties Industrial past (this terrace was originally built to house Brickmakers) the one thing they agree on is the garden must look visually appealing all year round.

Sourcing materials: Other than some closeboarded  fencing that was rescued from a bonfire for reuse as our boundary, all the building materials were sourced at my local Builders merchants Parker Building Supplies, the tumbled cobbles make a nice change from the now ubiquitous imported paving and were a chance find. I designed and built the Arbour out of Oak and Reinforcing rod, this tied in with the Rebar fern crozier sculptures which were made by Peter King a Sculptor I met whilst building our first show garden at Malvern earlier in the year. The Oak bench was made by Huw Morris. Liz hughes at Wyevale East Nurseries, helped tirelessly to source the plants used in our garden, she had enough on her mind sourcing plants for ‘The Coastal drift’ garden… so I can’t thank her enough. Julie Rockell at Practicality Brown was very happy to help source a large length of Hornbeam hedging, It made for a great backdrop to the garden.

Special requirements/ tricky problems: The flower show site is an historic landscape so we weren’t allowed to lay granular materials and concrete directly on the soil, a geotextile or plastic sheet had to be laid to protect the ground and we weren’t supposed to wash out concrete mixers on site…which I thought was fair enough. But other than that, we could access the site on all four sides, materials could be placed just where we needed them and the weather was pretty good too. Maybe the biggest problem I had  was not having a client to please, although I gladly took onboard all the advice I was given, at the end of the day  I could do what I wanted, I did not have to consider anyone elses opinion, personally I found that part the hardest. 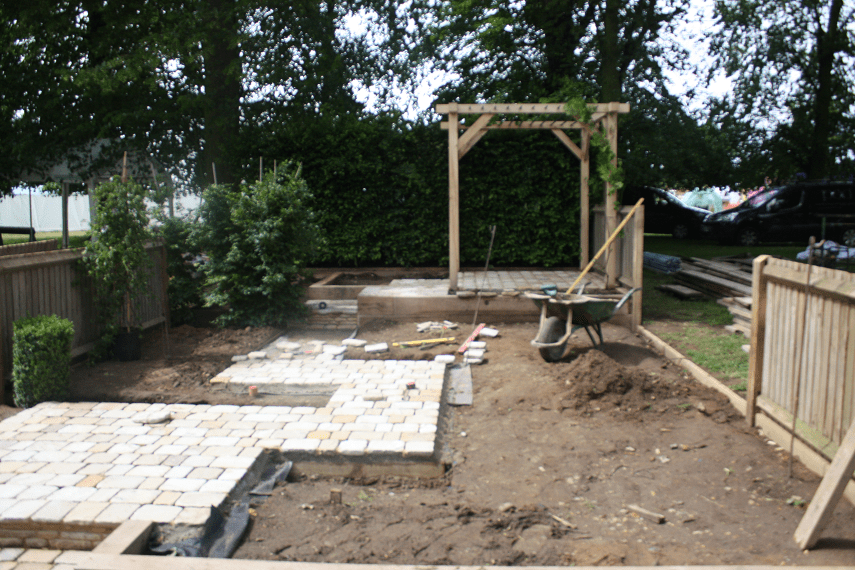 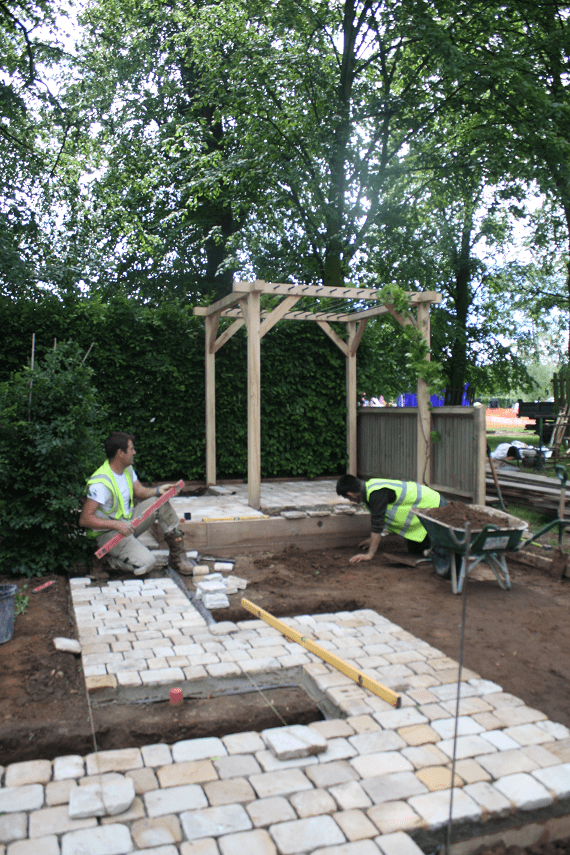 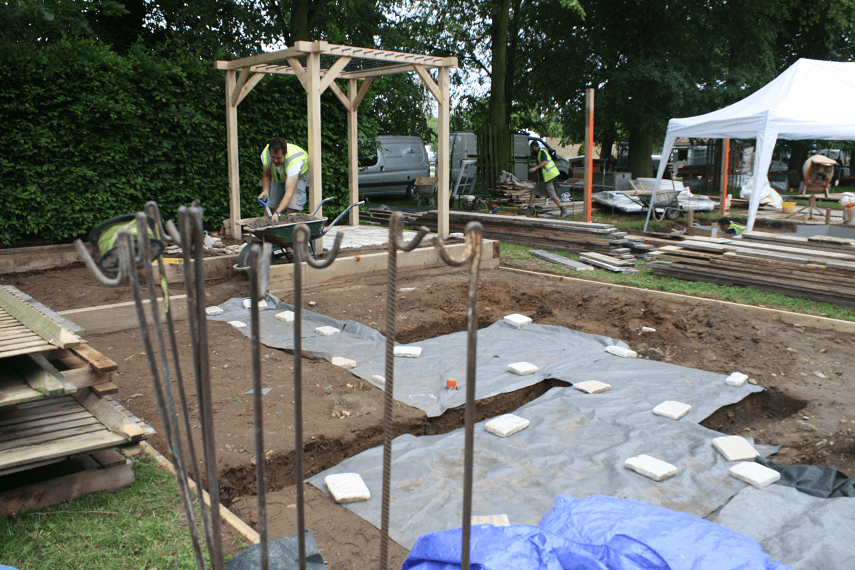 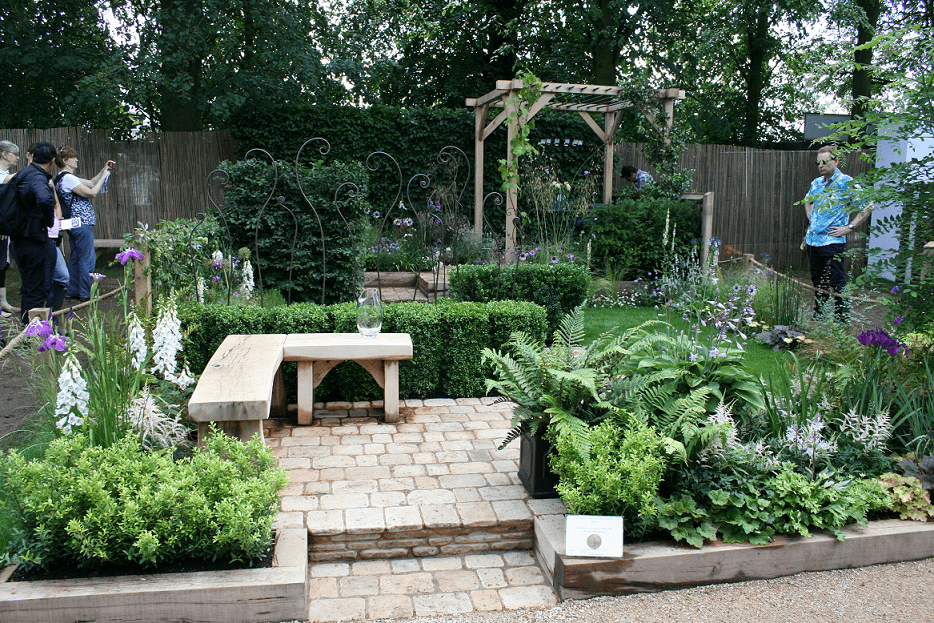 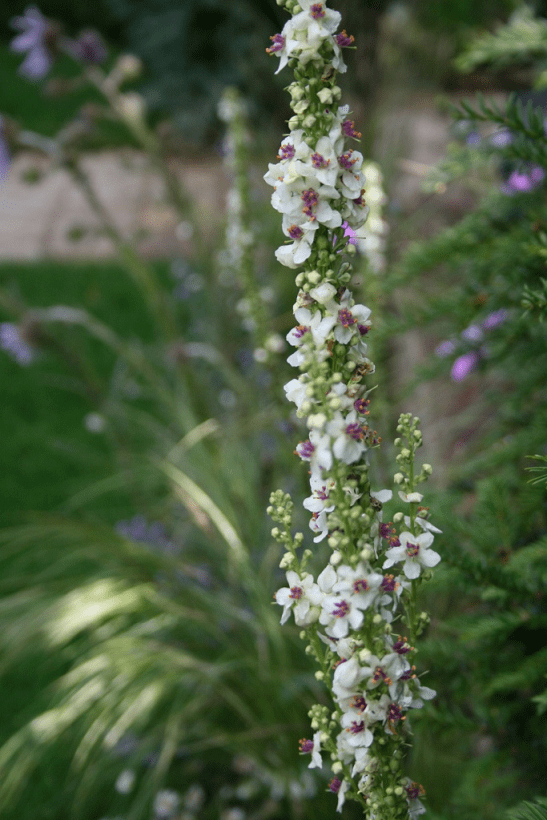 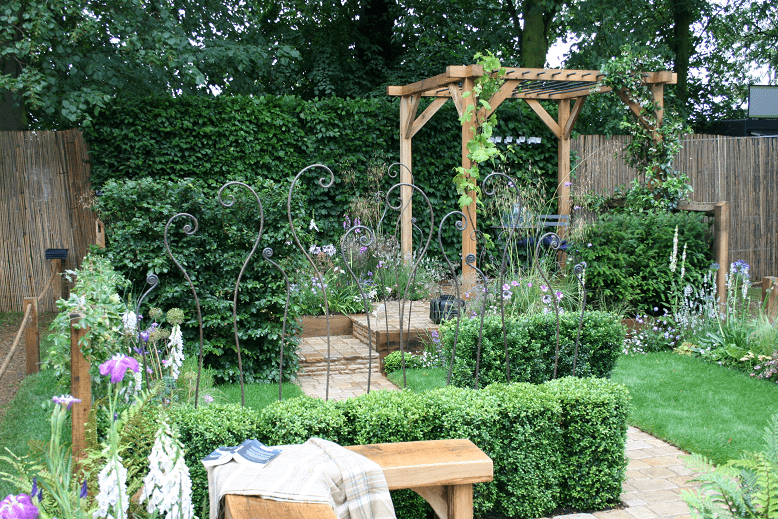 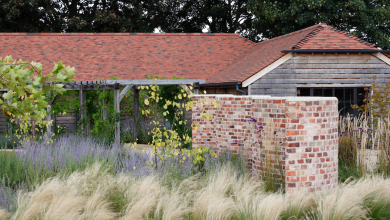 How to Design a Restorative Garden by James Smith 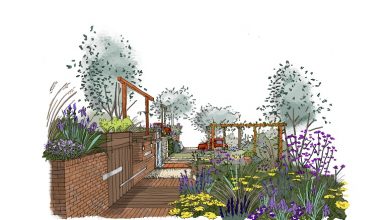 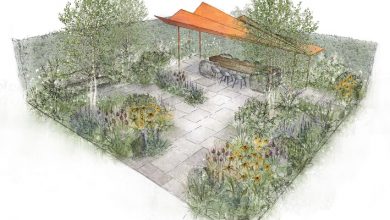 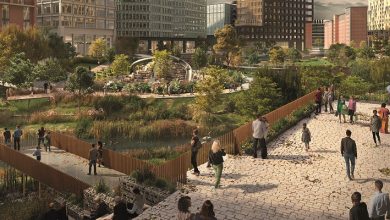