HMP & YOI Parc in Bridgend, Wales has been named the best kept prison garden in England and Wales by the Royal Horticultural Society (RHS) and awarded the Windlesham Trophy for its efforts.
Now in its 36th year, the annual award was devised by then Chairman of the Parole Board, Lord Windlesham, in recognition of the value of gardening within prison communities and in prisoners’ rehabilitation.
The modern Category B prison, which houses 1,700 men and young offenders, fought off competition from 19 others to take the trophy for a second time, previously winning in 2017.
Its vast grounds burst with plants and green space with large areas given over to food production and wildlife. These play an important role in training and rehabilitation and are found to have positively impacted on prisoners’ behaviour and staff morale.
A team of 15 prisoners learn horticultural skills, gain qualifications and grow huge hauls of crops such as potatoes, cabbage and tomatoes that are served in the prison canteen. Wildflower borders, a new pond and bird boxes support wildlife and the prison’s resident bee colony, as well as providing tranquil places to relax and reflect, while kitchen waste is composted and old pallets and plastic bottles are recycled into planters and propagation trays.
HMP & YOI Parc, run by G4S and the only privately managed prison in Wales competed alongside four other finalists – HMP Hull, HMP Littlehey in Cambridgeshire, HMP Warren Hill in Suffolk and HMP Whatton in Nottingham. They were visited by a trio of RHS judges in July to assess their horticultural displays, environmental efforts and impact on those living and working within the walls.
RHS judge Jon Wheatley said:
“The quality of horticulture in prisons is ever improving and much of what we’ve seen this year is of RHS gold medal standard. However, what the team has achieved at HMP & YOI Parc is truly outstanding with far reaching benefits across the whole prison community, from superb training and learning opportunities to food production and improved health and wellbeing. This is Lord Windlesham’s vision of prison gardening at its very best.”
Image credit Sioned Birchall 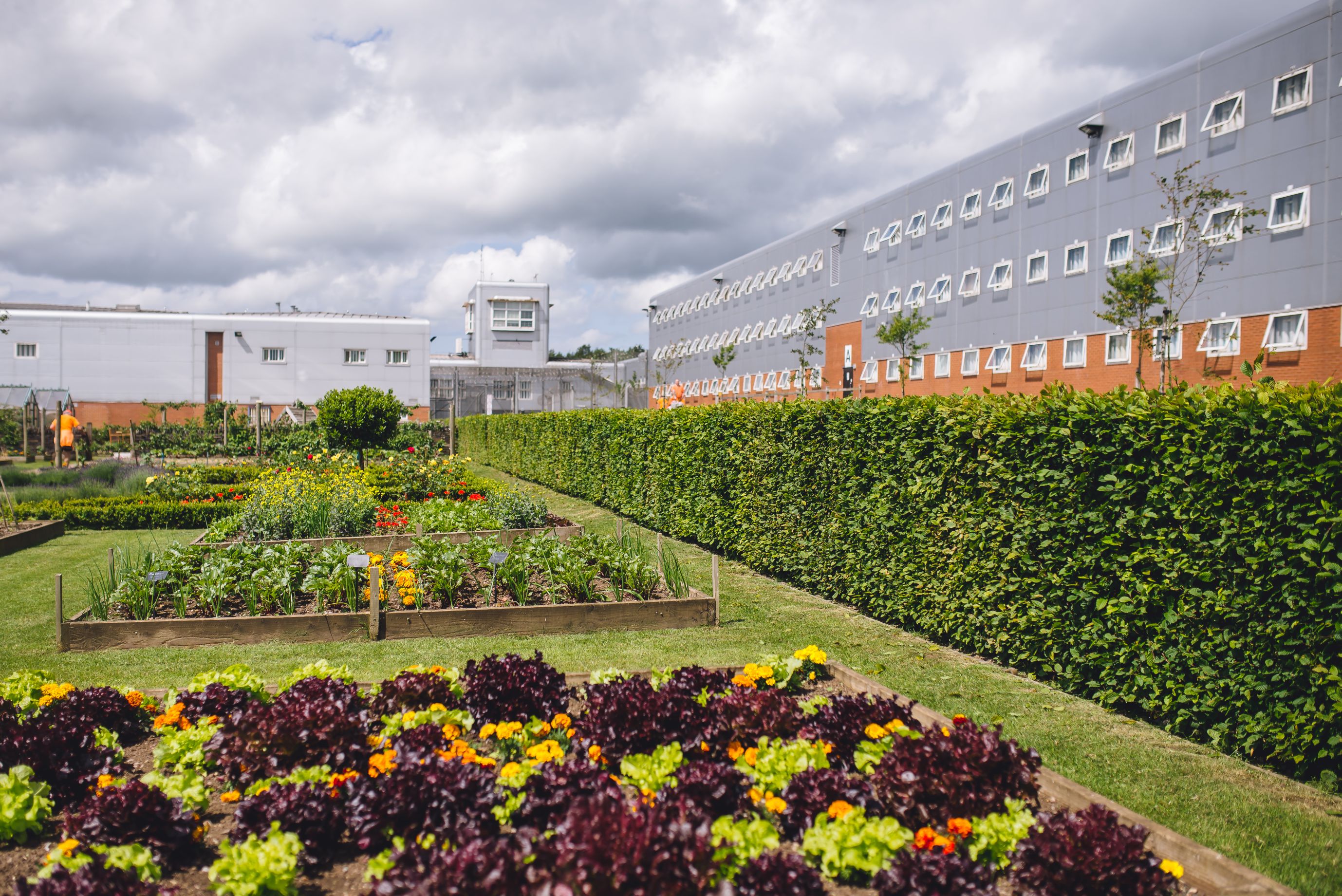